Home The Washington Diplomat March 2015 Chemotherapy: When the Cure Seems Worse than the Disease 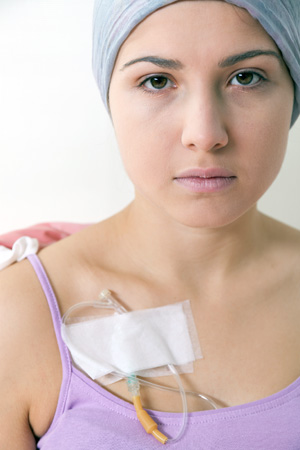 When I was diagnosed with breast cancer, the first thing I freaked out about — after, “Am I going to die?” — was the fact that I would have to have chemotherapy. I don’t care if you’re an American Ninja Warrior who fears no zombie apocalypse, the prospect of having poison dripped into your veins for a few hours every couple of weeks or so is going to leave you weak in the knees.

“Chemo” comes with a host of famous side effects, particularly hair loss, nausea, vomiting and fatigue. And by fatigue, I don’t mean feeling a little run-down and draggy. I mean feeling like the very essence of yourself has been drained out of you, leaving you a gray shell that barely has the energy to get out of bed (and sometimes not even that much).

Besides these, chemotherapy also leaves behind a grab bag of other exciting parting gifts with every dose. And to add to the fun, you don’t know for sure which ones you’ll get! Will it be mouth sores? Bone pain? Cognitive problems, also known as “chemobrain?” The side effects vary by drug and by person.

Because they’re so debilitating, there’s a whole field of cancer research devoted just to developing treatments for the treatments — medications that can help ease the punch of chemotherapy side effects.

A New Year’s gift from the U.S. Food and Drug Administration was the approval of Akynzeo, a new treatment for nausea and vomiting related to chemotherapy. This two-drug capsule combines an older drug (palonosetron), approved in 2008 to prevent vomiting during the first 24 hours after receiving chemotherapy, and netupitant, a new drug that prevents side effects during both the acute and delayed phases of chemotherapy (from 25 hours to 120 hours after). Because, yes, just because you make it through the first day after your chemo dose without tossing up the entire contents of your stomach doesn’t mean that you’re out of the woods.

I’ll definitely take those improved odds! But the goal of these management drugs would ideally be to find something that could wipe out all or most of the side effects at a time, rather than having to take aim at each individually. (Don’t forget that drugs to manage side effects are drugs themselves and have side effects of their own.)

Well, it’s early days yet, but a new study from researchers at Johns Hopkins hints that such a possibility may be on the horizon. They’ve developed a sugar-based molecular microcapsule that eliminates the toxicity of an anti-cancer drug called 3-bromopyruvate, or 3BrPA, in a mouse model.

That drug has been so toxic to healthy tissues that, although it is powerfully effective against cancer in mice, it hasn’t moved further in clinical trials (un-encapsulated, it killed almost 75 percent of mice given the drug). It also becomes inactivated as it moves through the bloodstream.

The “microshell” is made of a sugar-based polymer that both prevents the drug from disintegrating too soon and guards the body’s healthy tissues from its toxic effects. 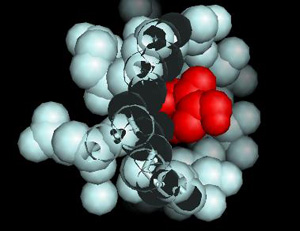 Johns Hopkins is developing a sugar-based molecular microcapsule that eliminates the toxicity of an anti-cancer drug.

“We developed 3BrPA to target a hallmark of cancer cells, namely their increased dependency on glucose compared with normal cells. But the non-encapsulated drug is toxic to healthy tissues and inactivated as it navigates through the blood, so finding a way to encapsulate the drug and protect normal tissues extends its promise in many cancers as it homes in on tumor cells,” said Dr. Jean-Francois Geschwind, chief of the Division of Interventional Radiology at Johns Hopkins Medicine.

Mice who received the microcapsule all survived the treatment, with minimal or no tumor progression. Geschwind calls the study’s results “extremely promising” and suggests that the encapsulated drug could potentially be a good candidate for clinical trials, particularly for patients with pancreatic ductal adenocarcinoma, which is the fourth most common cause of cancer-related deaths worldwide and has a five-year survival rate of less than 5 percent. In the mouse studies, the encapsulated medication also reduced the metastatic spread of pancreatic cancer cells.

But these results also raise the question: Could this be done with other types of cancer drugs? 3BrPA pretty much had to be put in a capsule like this, because a drug that kills three out of four of its patients — even if it kills the cancer cells too — isn’t exactly a success. But what if other, less overtly dangerous medications could also be encapsulated in this way, or some other way, to help them reach the cancer cells they’re targeting without wreaking unpleasant havoc on other parts of the body in the meantime?

It’s a tantalizing prospect, and as the countless cancer survivors who have experienced their own smorgasbord of chemo side effects can attest, one that would be very welcome.