Home The Washington Diplomat August 2019 As U.S. and China Duke It Out in Tariff War, Other Nations Emerge as Winners 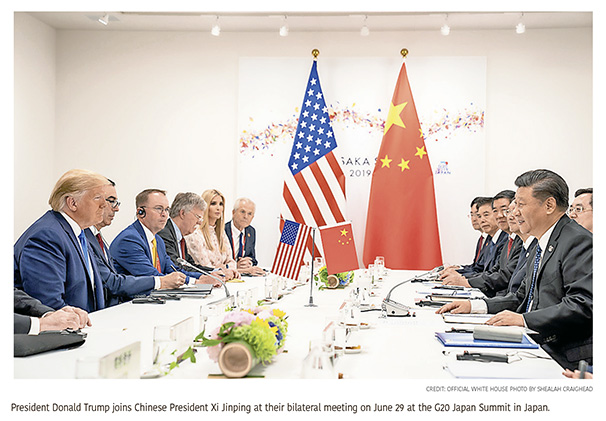 Vietnam is the new China.

Several countries are doing well because of the U.S.-China trade war, but the United States and China aren’t among them. Since the U.S. and China attacked and counterattacked each other last year with punitive tariffs, Vietnam has been the big winner, with Cambodia, Thailand and other countries also benefitting. China-based manufacturers have moved their operations to countries in Southeast Asia and elsewhere because the combination of rising labor costs in China and U.S. tariffs has gotten to be too much for them. 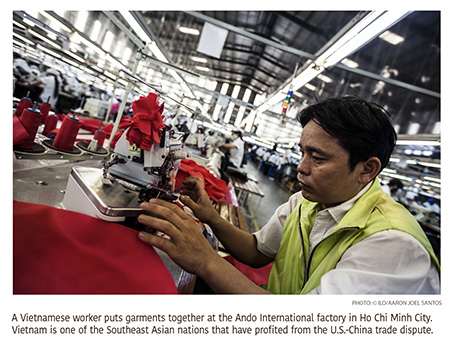 Thailand, Chile, Malaysia, South Korea and Argentina also exported more goods to — and increased their trade surpluses with — the United States, in whole or in part because of President Trump’s punitive tariffs on $200 billion worth of Chinese imports, imposed in June 2018.

Trump has advised American companies that object to his tariffs to move back to the United States.

Very few have taken his advice. That’s largely because labor costs in the United States are higher than in any non-European country, according to the Conference Board. The American Chamber of Commerce in China surveyed its member firms last year on how the U.S.-China trade war was affecting them. About 35 percent said they were considering leaving China, but only 6 percent said they were considering moving back to the United States.

American companies that have bailed out of China include GoPro, which makes mobile cameras, Universal Electronics, which makes remote controls, and Hasbro, the toy maker. Of those, only Hasbro will move some production back to the United States. Home Depot, Best Buy and Revlon have also left.

In addition, HP, Dell, Sony, Microsoft, Google, Amazon and Apple are reportedly examining the prospects of transferring some production out of China, according to the Nikkei Asian Review.

The potential beneficiaries are likely to be located in Southeast Asia, but other nations could reap the rewards as well. For example, Giant Manufacturing, the world’s largest bicycle maker, is considering opening a new factory in Hungary and has already moved some of its production away from China to its home base in Taiwan, according to a June 17 Bloomberg article. 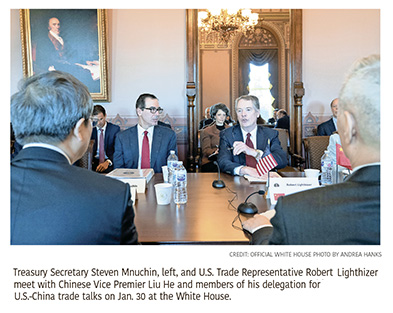 Some of the import increases from Asian countries may be the result of illegal transshipment, whereby a product is built in one country, shipped to another country, then sent on to the United States with the intermediate country listed as the country of origin to skirt tariffs.

“We’ve heard that there are Chinese and non-Chinese companies looking to do this,” said Lenny Feldman, a Miami-based trade lawyer with the firm Sandler, Travis & Rosenberg. “We’ve gotten a lot of questions about it from companies asking if they could do it and we tell them no.”

The U.S. Customs and Border Protection agency is responsible for enforcing a federal law against the illegal transshipment of goods to the U.S., but it has no data on seizures of transshipped goods or prosecution of those responsible, said spokeswoman Kelly Cahalan.

Moving production from one country to another is not something a company does lightly. There are myriad factors to consider, said Julie Niederhoff, a Syracuse University professor with expertise in supply chain management.

They include labor costs, quality of infrastructure, quality of internet access, the political and regulatory environment, proximity of airports and shipping ports, among others.

A crucial factor for manufacturers that relocate is the availability of suppliers, said Dan Levine, a trade economist with Oxford Economics. Some companies need highly specialized parts and components and need to be able to get them quickly and easily. 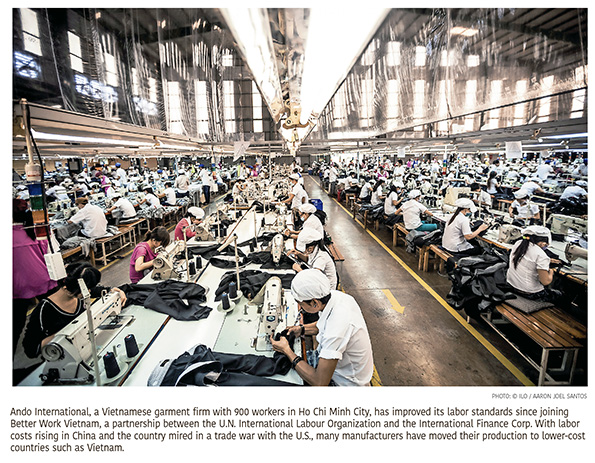 There are also longer-term questions to consider, such as the stability of the government, the possibility of legal or regulatory changes and the extent to which intellectual property rights will be protected.

Because upending an entire supply chain is a complex, costly and lengthy process, some companies that have moved their manufacturing facilities from China to other Asian countries may not return even if the trade dispute with Trump is resolved.

Another reason why companies may not return is because Chinese labor costs were already rising before the trade war started. This has made lower-wage countries such as Vietnam and Bangladesh an attractive alternative.

While countries such as Vietnam still lack the supply of labor and land that China has, the manufacturing shift is likely to continue as the trade war drags on — with no end in sight.

In fact, Larry Kudlow, a senior economic advisor to President Trump, said the United States and China may never agree on a trade deal.

Whether to go back to China “depends on how much investment they’ve made in the new location,” Niederhoff said. In many cases, “there’s probably not a compelling reason to go back.”