Picasso: painting the Blue Period at the Phillips Collection

Antigua’s Ronald Sanders blasts US policies ahead of regional summit

Positive Fragmentation: From the Collections of Jordan D. Schnitzer and His Family Foundation 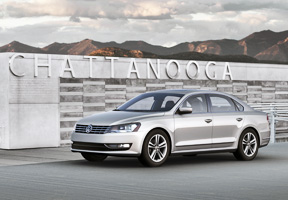 Despite longstanding talk of the decline in U.S. manufacturing, plenty of foreign automotive firms have been setting up plants throughout the United States, which offers a number of competitive advantages, according to Jonathan Browning, president and chief executive officer of the Volkswagen Group of America who spoke at the Council of Foreign Relations in Washington on May 13.

Addressing a crowd of around 60 people on the subject of “American revival,” Browning explained the strategy behind Volkswagen’s decision to build a new, soon-to-be-opened, billion-dollar plant in Chattanooga, Tennessee, that is set to churn out 150,000 vehicles annually.

Volkswagen joins a parade of other foreign car companies, including Toyota, Hyundai, Nissan and Mercedes-Benz, that over the past few decades have set up U.S. “transplants,” as these foreign-owned facilities are known in the industry.

The Little Car That Could

CEO Reinvents the Wheel at Fiat, Brings His Drive to U.S. Market 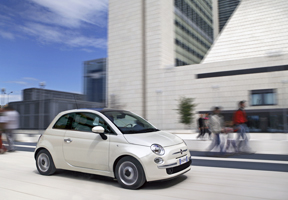 As the global economic downturn envelopes the auto industry, U.S. carmakers are struggling to find ways to stay afloat, build the models that U.S. drivers want to buy, and still come up with profits for their tremendous overhead costs. And the scramble for solutions has become a global one.

Foreign bidders have been lining up to snatch up parts of General Motors as GM downsizes and sells off units such as Saab and Saturn.

But the deal that’s gotten the most attention involves Chrysler, which is forming a strategic alliance with Fiat, the century-old Italian carmaker behind cars such as the Alfa Romeo and the Cinquecento, a three-door hatchback reminiscent of the energy-saving subcompacts that have dotted the European landscape for years — and have more recently emerged on U.S. city streets. The Cinquecento, in fact, or 500, could be the first Fiat car sold in the United States under the Chrysler pact.

Germany’s ‘Cash for Clunkers’ Concept Being Debated in U.S. 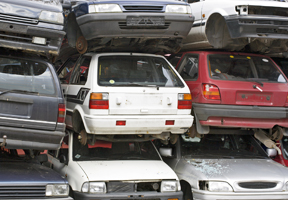 In a down economy, what better incentive to move cars off a dealer’s lot than to offer cold-hard cash? The concept is called “cash for clunkers,” and this car trade-in program that began in Germany has the United States weighing its pros and cons.

Recently, Speaker of the House Nancy Pelosi (D-Calif.) issued a statement on the House Energy and Commerce Committee’s agreement for a “cash for clunkers” proposal that would provide incentives for Americans to trade in older vehicles for more fuel-efficient cars and trucks, thereby fueling the ailing U.S. auto market. Pelosi called the idea a “common-sense proposal that will help provide a shot in the arm for the American auto industry at a crucial time for our economy.”