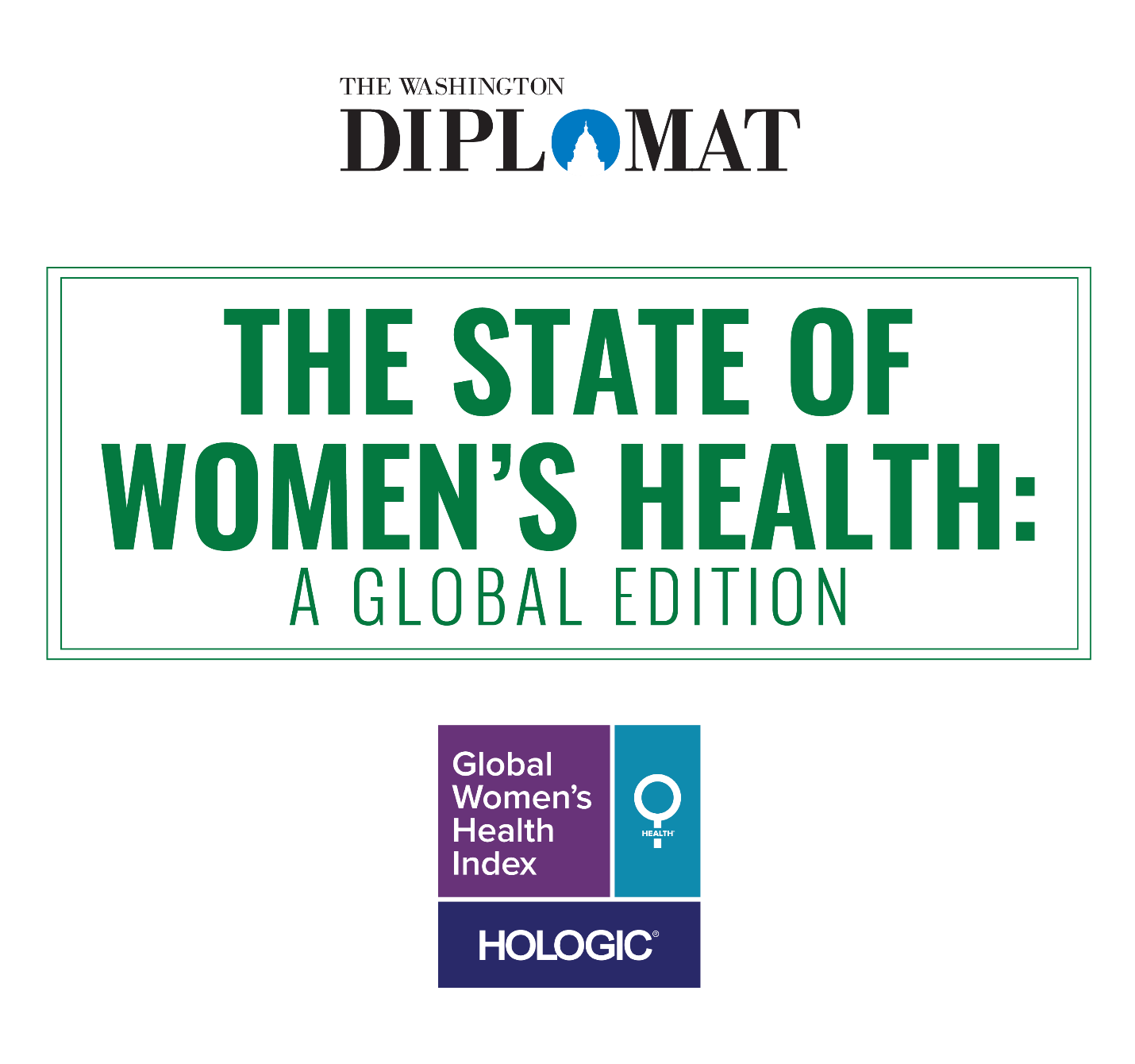 The Washington Diplomat presents The State of Women’s Health: A Global Edition, bringing together thought leaders, female ambassadors, government officials and journalists to discuss the state of women’s health across the globe. Event highlights include a presentation of the startling findings of the recently released 2021 Hologic Global Women’s Health Index by Dr. Susan Harvey, Vice President of Worldwide Medical Affairs at Hologic, as well as an in-depth discussion with global leaders on the challenges facing women’s health today and solutions to improve health outcomes for women around the world.

Embassy of the Kingdom of the Netherlands in Washington, D.C. 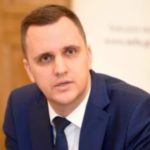 Janis Bekeris is a career diplomat, currently serving as Deputy Chief of Mission at the Latvian Embassy to the US. Mr Bekeris started civil service at the Ministry of Defence of Latvia where he was in charge of defence policy planning and implementation, especially focussing on the National Guard of Latvia. Subsequently, Janis Bekeris joined the Latvian Foreign Service, passed his entry exams and became a diplomat.
Prior to coming to Washington, D.C., Janis Bekeris served as the Spokesperson of the Latvian Foreign Ministry (2019–2022). Previously was posted as DCM to Ankara, Turkey, (2015–2018) from where the Embassy of Latvia also covers Iran and Iraq. Mr Bekeris has also served as the Head of the NATO and European Security Policy Division at the Foreign Ministry. Prior to joining the civil service, Mr Bekeris worked as a translator and a high school teacher.
Janis Bekeris holds a BA in international relations (summa cum laude) and a MA in History
Ambassador Nancy G. Brinker
Promise Fund of Florida 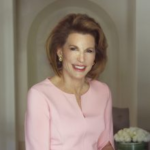 Nancy G. Brinker is a three-time Ambassador and New York Times best-selling author who is regarded as the leader of the global breast cancer movement. From 2001-2003, Brinker served as U.S. Ambassador to the Republic of Hungary and served as U.S. Chief of Protocol from 2007-2009. In 2009, President Barack Obama honored Brinker with the Presidential Medal of Freedom, and in same year, she was named Goodwill Ambassador for Cancer Control for the United Nations’ World Health Organization. In 2018, Brinker spearheaded the creation of the Promise Fund of Florida, a nonprofit organization whose mission is to improve the outcomes and reduce deaths from breast and cervical cancers in Palm Beach County, where 80,000 women reside with no insurance and no medical home.
Ambassador Justice Esme Chombo
Embassy of Malawi 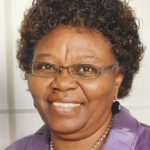 Esme Jynet Chombo began serving as Malawi’s ambassador to the US in June 2021.
Before that, she spent 18 years at a judge with the High Court of Malawi (2003-21), also overseeing management of the High Court’s Lilongwe District Registry.Chombo’s adjudication experience spans 28 years since she became a chief resident magistrate in 1986, supervising all magistrates with responsibility of all lower courts in Malawi’s Northern Region. From 1995 to 2002, Chombo was a company secretary for both Press Corp. Ltd. And Press Agriculture Ltd.
Chombo has also served on the Malawi Judicial Service Commission (1990-95) and was a council member for central and eastern Africa in the Commonwealth Magistrates and Judges Association (1992-95). From 2008 to 2019, she chaired the Malawi Prison Service Commission as well as the country’s Special Law Commission on the Review of the Adoption of Children Act (2009-12).
Chombo holds a master’s degree in women’s law and human rights from the University of Zimbabwe (2008); a master’s in strategic management from England’s University of Derby (2001), and a bachelor of law degree from the University of Malawi (1986).
Sarah Craven
The United Nations Population Fund 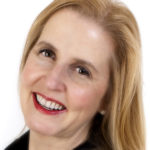 Sarah Craven, a policy advocate and attorney with expertise in sexual and reproductive health and rights, currently serves as the Director of the Washington Office of UNFPA, the United Nations sexual and reproductive health agency. In this leadership role, Sarah advocates for UNFPA’s mandate which envisions a world where every pregnancy is wanted, every childbirth is safe and every young person can live to their full potential. Sarah has led advocacy and communication campaigns addressing a wide range of issues impacting the health, rights and dignity of women and girls including addressing gender-based violence in humanitarian settings, ending harmful practices including FGM and child marriage and preventing maternal mortality and morbidities including obstetric fistula and uterine prolapse.Prior to her work at UNFPA, she held positions at the U.S. Department of State and on the legislative staff to U.S. Senators Tim Wirth of Colorado and Spark Matsunaga of Hawaii. She is a founding board member of Kakenya’s Dream, an innovative girl’s leadership school in Western Kenya. Sarah holds a B.A. from Macalester College, a M.Phil from Cambridge University (UK) and a J.D. from Georgetown University Law Center, where she was a Public Interest Law Scholar. In 2021, Sarah was named one of Apolitical’s Top 100 most influential leaders in Gender Policy.
Shaima H. Gargash,
Deputy Chief of Mission, UAE Embassy in Washington, D.C. 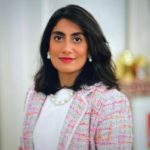 Ms. Shaima Hussain Gargash was appointed the Deputy Chief of Mission at the Embassy of the United Arab Emirates (UAE) in 2019. Previously, Ms. Gargash was Head of the Embassy’s Communications and Public Diplomacy Department and a Political Analyst in the Congressional Affairs Division.

Prior to taking up her diplomatic post in Washington, DC, Ms. Gargash worked at the Policy Planning Department at the UAE Ministry of Foreign Affairs and International Cooperation (MOFAIC).
Before joining MOFAIC, Ms. Gargash worked in the public and private sectors, including banking and real estate, and honed her skills handling complex economic and socio-political issues.

Ms. Gargash holds a BA in Economics and a minor in International Relations from the American University of Sharjah, and a Masters in Public Administration from the Dubai School of Government in the UAE. Ms. Gargash is married to Mr. Fadel Al Mheiri, a Filmmaker/Scriptwriter, and has three children. 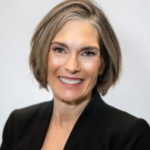 Dr. Susan Harvey is currently the Vice President of Worldwide Medical Affairs at Hologic Inc., a medical technology innovator focused primarily on women’s health. She joined the organization in April 2019, and her current goal is to help elevate women’s health and wellbeing worldwide. That includes her leadership role with the Hologic Global Women’s Health Index, the most comprehensive survey – conducted in partnership with Gallup – about women’s health.

Harvey was the Director of Breast Imaging for Johns Hopkins Medicine for over seven years, overseeing the organization’s growth in the areas of clinical service, teaching and research. Harvey’s global health experience includes research in health literacy, screening and strengthening continuum of care models for women in Uganda and South Africa, the latter in partnership with PEPFAR. 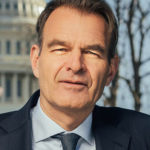 André Haspels is the ambassador of the Kingdom of the Netherlands to the United States. Haspels studied politics at the Vrije Universiteit of Amsterdam and in 1987, he joined the Ministry of Foreign Affairs. In 1997, he became head of the Political Department at the embassy in South Africa, where he was involved in the cooperation between the two nations, among others, in the setup of the South African Truth and Reconciliation Commission. He later served as ambassador in Vietnam and South Africa and most recently as director general of political affairs in the Hague.
Ambassador Lilit Maknuts
Embassy of Armenia 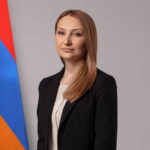 In late 2021, Lilit Makunts became Armenia’s first female ambassador to the US, replacing Varuzhan Nersesyan. Her arrival in Washington follows stints as the majority leader in Armenia’s parliament (2019-21), representing the My Step coalition, and as minister of culture in the first cabinet of Nikol Pashinyan (2018-19).

A political appointee, Makunts was born in 1983 in Armenia’s capital, Yerevan, and earned both her bachelor’s and master’s degrees in Romance and Germanic philology at Yerevan State University. She has also done coursework within the framework of the Fletcher School of Law and Diplomacy at Tufts University.

Makunts worked as a senior lecturer from 2005 to 2019 at Russian-Armenian University. She was also educational project coordinator and lecturer at the Friedrich Ebert Foundation’s Academy of Social Democracy in Germany, and worked with the US Peace Corps in Yerevan from 2016 to 2018. She is fluent in Russian, English and German. 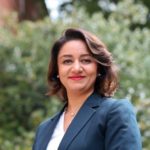 H.E. Roya Rahmani became the first woman ambassador of Afghanistan to the United States of America on December 14, 2018. Prior to assuming the role of Ambassador to the United States, Rahmani served as Afghanistan’s first woman ambassador to Indonesia and the country’s first accredited ambassador to the Association of South East Asian Nations (ASEAN). Rahmani joined the Ministry of Foreign Affairs of Afghanistan (MoFA) as a Senior Advisor to the Deputy Foreign Minister in 2011. Rahmani started her official work with the Afghan government at the Ministry of Education of Afghanistan as a senior advisor for Planning and Policy in early 2011.
Mrs. Jessie Schutt-Aine
Pan American Health Organization 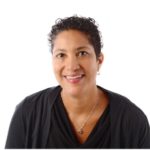 Jessie Schutt-Aine is currently Chief, Equity, Gender and Cultural Diversity at the Pan American Health Organization/World Health Organization. Previously, from 2015-2021, she headed the Caribbean Subregional Program Coordinator at PAHO/WHO where she led technical cooperation with CARICOM and Caribbean regional institutions. Prior to that, she worked at the World Health Organization in the Office of the Assistant Director General for Women, Children and Adolescent Health. She worked as the Gender Adviser at UNAIDS and was Fund Portfolio Manager at the Global Fund for HIV, TB and Malaria. She began her public health career in program evaluation at the International Planned Parenthood Federation, Western Hemisphere Region and London, Headquarter offices.
She volunteers as a board member of the Clara Lionel Foundation on grantmaking to women- and community-led organizations working at the intersection of gender, climate, entrepreneurship and education.Jessie holds a Master of Public Health from Columbia University’s Mailman School of Public Health, focused on population and family health. She also holds a Master of International Affairs from Columbia’s School of International and Public Affairs. Her Bachelor’s degree in Economics and French is from the University of Virginia and she studied abroad at the University of Valencia and the University of Paris, Sorbonne.
Victor Shiblie
The Washington Diplomat 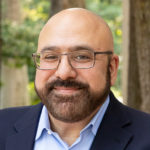 Victor Shiblie is the current Publisher and Editor-in-Chief at The Washington Diplomat. Shiblie has worked for the Washington Diplomat since its founding in 1994. Shiblie leads a media company that creates events that connects diplomats with the U.S. government, Capitol Hill, White House, Department of State, World Bank and corporate executives. The Washington Diplomat publishes a popular online publication, which publishes interviews with foreign ambassadors and stories about the diplomatic community. Shiblie has traveled to more than 50 nations around the world, producing magazines and videos about foreign countries.