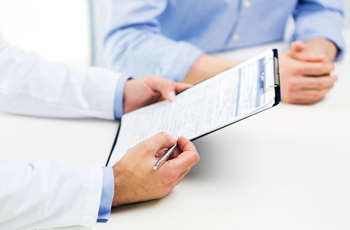 Decline follows recommendation against routine screening, but experts not sure if trend is good or bad

The screening involves a blood test that identifies levels of PSA (prostate-specific antigen), a protein produced by the prostate gland. That test can determine when cancer exists, but it often wrongly identifies nonexistent cancer

These “false positive” results can cause anxiety and lead to unnecessary follow-up tests. Because of this, the task force issued a draft recommendation against routine screening in 2011 and a final guideline in 2012.

Since then, diagnoses of early prostate cancer in American men ages 50 and older dropped by 19 percent between 2011 and 2012 and by another 6 percent the following year, said lead researcher Dr. Ahmedin Jemal. He is vice president of the American Cancer Society’s surveillance and health services research program.

But while many men may have been spared unnecessary anguish, less frequent screening may have a downside. Some experts worry more men will develop potentially fatal prostate cancer as a result.

“Prostate cancer is a slow-growing tumor, so it takes time. We may see it over the next three to five years,” Jemal said.

There is a balance in the task force recommendation, said Dr. Anthony D’Amico, chief of genitourinary radiation oncology at Brigham and Women’s Hospital and the Dana-Farber Cancer Institute in Boston.

“The answer to this dilemma will come with personalized medicine based on risk-based screening — screening men preferentially in good health and at high risk,” D’Amico added.

The decrease in diagnoses of early-stage prostate cancer may be partly due to a misreading of the task force’s recommendation, added Dr. Otis Brawley, the cancer society’s chief medical officer.

“I believe the task force guideline is being misunderstood,” he said.

“The key word that is missed is ‘routine’ — the task force does not recommend routine screening. This in my mind means they are not against all screening. Also, they do call for informed decision-making regarding potential risks and potential benefits,” Brawley said.

Using the Surveillance, Epidemiology and End Results database, Jemal and colleagues looked at cases of prostate cancer diagnosed between 2005 and 2013 in men ages 50 and older.

The findings leave some room for interpretation. Other factors leading to the decline could include improved preventive measures and changes in the incidence of unknown risk factors, Jemal said.

But D’Amico believes fewer screenings explain the statistics. The drop in the diagnosis of early prostate cancer “is consistent with the drop in PSA screening,” he said.

The main issue is whether this is an early sign that more high-risk disease has spread and whether more deaths from prostate cancer will happen, he added.

“My opinion is that we are probably heading for more high-risk and metastatic [cancer that has spread] disease in the next year or two, followed by more deaths from prostate cancer if the decline in screening is maintained,” D’Amico said.

He added that the only hope for a boost in screening lies with the results of a British trial. If those findings, expected next year, show a benefit for PSA testing, perhaps testing rates will rebound, D’Amico said.

The latest study was published online Aug. 18 in the journal JAMA Oncology.

The American Cancer Society recommends that men “make an informed decision with their health care provider about whether to be screened for prostate cancer.” The decision should be made “after getting information about the uncertainties, risks and potential benefits of prostate cancer screening.” The discussion about screening should take place at:

After these discussions, men who still want to be screened should get the PSA blood test. The digital rectal exam may also be used as a part of the screening, the cancer society says.

For more information on prostate cancer, visit the American Cancer Society at www.cancer.org/cancer/prostatecancer/.