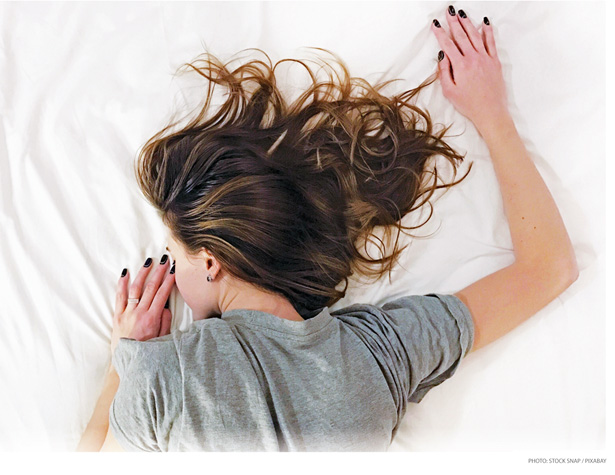 It’s no secret that a cranky child or a tired teen is exhausting — prone to acting up, outbursts and, well, other behavior that, quite frankly, any sleep-deprived adult can relate to. Studies have documented the dangers of sleepiness in terms of health risks such as obesity and depression, as well as in diminished academic performance, but a new study suggests that more sleep for middle and high school students could mean more than healthier, happier human beings. It could benefit the U.S. economy to the tune of $83 billion within a decade and $140 billion within 15 years.

“On average, this corresponds to an annual gain of about $9.3 billion each year, which is roughly the annual revenue of Major League Baseball,” states a Rand Corp. study aptly titled “Later school start times in the U.S.”

Rand researchers used a macroeconomic modeling approach to study the economic effects of a policy change that would school start times to 8:30 a.m. in 47 states. Currently, the national average start time is 8:03 a.m., according to the Centers for Disease Control and Prevention. The researchers used scenario-based analysis, comparing the current status quo of school start times to a counterfactual scenario in which all middle and high schools nationwide would start at 8:30 a.m. They focused on two main effects: improved academic performance and decreased fatal car crashes among teenagers.

Enabling teens, who should get eight to 10 hours of sleep per night, according to the American Academy of Pediatrics and the American Medical Association, to get one more hour of sleep had profound results, the study found. One, it increases students’ probability of graduating high school by 13.3 percent and attending college by 9.6 percent, on average. More high school and college grads would mean a better-educated workforce, which “has a direct effect on how much a particular person contributes toward the economy in future financial earnings,” the report states.

Second, more sleep would reduce car crash rates, the study adds, because “inadequate sleep among adolescents has been associated with motor vehicle crashes, the leading cause of death of adolescents in the United States,” according to the Governors Highway Safety Association. That, too, would mean economic gains.

“The reduction in car crash fatalities leads to an increase in the future labor supply … and the improvement in graduation rates and college attendance improves the jobs individuals may get in the future and hence their earnings improve,” Marco Hafner, the study’s lead researcher, wrote in an email. 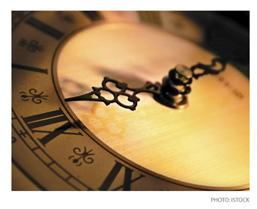 In fact, the estimated gains could be even higher had the study considered other factors. It looked only at effects for which robust estimates from previous research were available, but “it is also well documented that insufficient sleep affects students’ mental and physical health, which could lead to increased levels of depression and obesity. We didn’t quantify those, so the potential benefits would highly likely be larger if we could have had taken into account these effects as well,” Hafner added.

It wouldn’t take long to see results from a policy change. In just two years, the economy could see gains of $8.6 billion, which would outweigh the cost per student for transportation rescheduling — a major reason preventing policy change.

“Previous estimates say that it would cost somewhere around $150 per year per student to alter bus schedules to transport more children at the same time,” Hafner wrote. “Also, it is often mentioned that if schools start later, after-school activities such as athletics may suffer. But a quick fix there would be to adjust lighting on the outdoor fields, which has been estimated to cost around $110,000 per school. Interestingly, even when we take those costs into account, the benefits would outweigh the costs relatively soon after the policy change. Last but not least, often parents oppose later school start times because they think it’s an impact on their daily family routine.

“The most surprising finding of the study is that even if we take into account a relative large cost per student ($150 per year) to fulfil the policy shift to later school start times, the benefit would outweigh the cost already after a very short period of time after the policy change,” he added.

For instance, even in a “very high” cost scenario in which annual costs per student are assumed to be $500 and upfront costs are $330,00, the predicted benefits would outweigh the estimated costs 16 to 18 years after the policy change.

The study predicted that California, Texas and New York stand to make the most economic gains within two years. Specifically, California’s gross state product would be about $1.4 billion larger, Texas’s would be $851 million bigger and New York would gain $493 million. Over 20 years, those numbers become $24.5 billion, $18.3 billion and $13.1 billion, respectively.

The states with the lowest predicted cumulative economic gain are Alabama and Vermont, which stand to gain $11 million and $17 million, respectively, within two years. In Alabama, that number jumps over time, however, reaching about $1.3 billion in 20 years, while Vermont would reach $385 million. 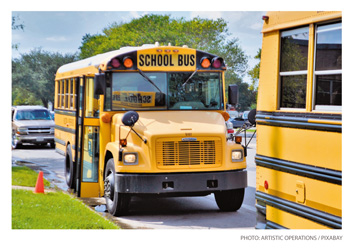 “The economic gains are different across states due to two reasons,” Hafner wrote. “First, the current school start times in middle and high schools vary across states (even on the very local district or even school level). In those states which have very early school start times (e.g., 7:30 a.m.), a shift to 8:30 a.m. would give students more additional sleep than in states with relative late school start times (e.g., 8:15 a.m.). Second, the current underlying economic structure of a state and the general productivity level play a role, taking into account for instance the underlying industrial structure. For instance, every additional unit of labor (e.g., student that may not have died in a car accident) would produce more in states like New York than in a state like Alabama. So the model basically takes into account regional heterogeneity in the overall productivity levels of each state.”

Up to 60 percent of teenagers report getting less than the recommended amount of sleep, the report states. Several factors contribute to this. One is beyond teens’ control: “Adolescents experience major changes in their circadian rhythm, resulting in a roughly three-hour shift toward later bed and wake-up times compared to adults,” the study states. That makes it hard for teens to fall asleep before 11 p.m. and wake before 8 a.m., Hafner wrote.

“Sending them to bed at 9 p.m. and even taking away the smartphones, they would struggle to fall asleep, because their melatonin levels (sleep-inducing hormone) are low before 11 p.m.,” he said. “If school starts at 7:30 a.m., many have to get up even before 6 a.m., which is the equivalent of waking up an adult at 3 a.m. to 4 a.m.”

Almost half of American teenagers get less than seven hours of sleep nightly, and adults don’t fare much better. Nearly 30 percent say they get an average of six or less hours, according to the National Health Interview Survey, prompting the CDC and other health organizations to call sleep deprivation a public health epidemic.

That’s because countless studies have shown that not getting enough sleep, whether as a teenager or as an adult, increases the chances of a litany of health problems, from heart disease to diabetes to weakened immunity. It also makes us less, not more, productive.

The effects on the economy are also far-reaching. The most recent Rand study follows a previous piece of research from Rand Europe in November 2016 that showed that the U.S. sustains economic losses of up to $411 billion a year (2.28 percent of its GDP) due to insufficient sleep among its workforce.

Hafner plans to continue studying the effects of sleep by incorporating more variables such as the physical and mental health consequences of later school start times and by going more granular — to conduct analysis on the school district, rather than state, level.

“Speaking as a father of two young children — 2 and 4, and the lack of sleep due to caring of newborns led me to sleep research — I think it’s very important to understand the importance of sleep, not only for children but also for adults,” Hafner wrote.