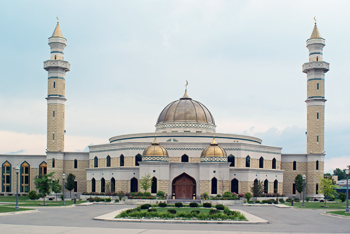 Watching the latest Islamic-inspired terrorist carnage on TV or listening to Donald Trump’s charged campaign rhetoric, you would think that Americans’ opinions of Muslims and Islam in general might be worse than ever. But a surprising new poll shows the exact opposite: American attitudes toward Muslims and their faith have progressively improved since last November, despite the June 12 attack on a gay nightclub in Orlando that killed 49 people in the worst mass shooting in U.S. history.

Respected pollster Shibley Telhami presented his latest survey, “American attitudes toward the Middle East,” on July 11 at the Brookings Institution, where he serves as a nonresident senior fellow. Telhami conducted two polls — one two weeks before the Orlando killing spree, and the other two weeks after — and compared them to an earlier poll taken in November 2015. (The survey was released before the deadly attack in Nice that killed over 80 people during France’s national holiday celebrations.)

Photo: By Dane Hillard – originally uploaded to Flickr as Islamic Center of America, CC BY 2.0 via Wikimedia Commons

The Islamic Center of America, the largest mosque in the United States, is located in Dearborn, Mich., which has a sizable Muslim-American population.

On the question of whether people think that Islamic and Western religious and social traditions are compatible, however, the number was much higher, climbing from 57 percent last November to 64 percent in June.

Telhami, who is the Anwar Sadat professor for peace and development at the University of Maryland, found another striking trend that wouldn’t shock anyone who’s been paying attention to this year’s bitterly divided presidential race: The country remains as polarized as ever, with Republicans and Democrats viewing the issue through vastly different lenses. In fact, all of the increases in favorability rankings were driven by Democrats and Independents.

The political gap with regards to Islam was even more stark, with just 24 percent of Republicans holding a favorable opinion of the religion in June, virtually unchanged from November, and 64 percent of Democrats holding a favorable view, a jump from 51 percent last year. As Telhami pointed out, that’s a 40-point discrepancy between the two parties — huge by any polling standard. Democrats and Republicans were similarly far apart on the question of Islamic and Western compatibility (82 percent versus 42 percent, respectively).

Breaking it down further by candidate, the chasm becomes even more pronounced: 66 percent of Hillary Clinton supporters had a favorable view of Islam, while an overwhelming majority of Donald Trump backers had the polar opposite reaction, with 84 percent holding an unfavorable view of Islam.

William A. Galston, a senior fellow in governance studies at Brookings, said at the July 11 discussion that Telhami’s latest survey confirms how deeply fractured the nation has become.

Galston noted that “55 percent of Republicans believe in the clash of civilizations. They insist that Islamic and Western religions and social conditions are incompatible with each other. The percentage for Democrats is 17 percent. When you look at Clinton supporters versus Trump supporters on that question, once again, you see about a 50-point gap,” he said, adding that this suggests an even greater degree of polarization between the two candidates than between the parties themselves, “so it’s polarization on steroids.”

Telhami speculated that one reason behind the Democratic spike in support for Muslims and Islam may simply be a kneejerk response to Trump, who has come to be associated with an unapologetically anti-Muslim stance.

“To agree with the view that Islam and terrorism are tightly linked, in other words, is to take Trump’s side of the political divide,” Telhami wrote in a Politico piece ahead of the poll’s release. “On the one hand, this means that his core supporters will likely embrace his opinions, and the poll results indeed show that Trump supporters bucked the national trend. On the other hand, those who oppose him have the tendency to reject his view in part because it’s his and because he is using it for political gain. It’s less about Islam and Muslims, and more about taking political sides.”

Other reasons for the skewed results may be that Democratic candidates Hillary Clinton and Bernie Sanders have specifically condemned rhetoric that lumps all Muslims together as terrorists. Trump’s proposal to ban Muslims from entering the United States, which sparked a heated public backlash, may have alienated survey participants as well.

Telhami also argued that Americans have a more nuanced view of the Orlando massacre than they are often given credit for. On June 12, Omar Mateen, wielding a semiautomatic pistol and an assault rifle, opened fire on partygoers at a gay nightclub, killing 49 people and wounding 53. After a three-hour hostage standoff, the slaughter ended when police shot and killed Mateen, an American citizen who was born in New York to Afghan immigrants. 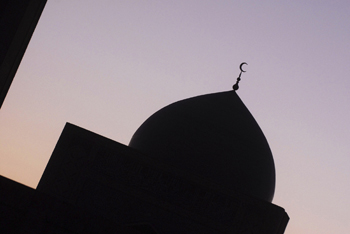 A new University of Maryland poll shows that American attitudes toward Muslims and Islam have progressively improved since last November, despite the June 12 attack on a gay nightclub in Orlando that killed 49 people in the worst mass shooting in U.S. history.

The 29-year-old had been twice investigated by the FBI for possible terrorist ties but was cleared both times. During the Orlando assault, Mateen placed a 911 call in which he pledged allegiance to the Islamic State but also expressed support for al-Qaeda and Hezbollah, possibly confusing the groups. Authorities haven’t established any conclusive links between Mateen and the Islamic State, nor have they responded to rumors that the twice-married gunman was secretly gay. Thus far, the shooting rampage has been classified as both an act of domestic terrorism and a hate crime.

When Telhami asked Americans to rate possible factors behind the Orlando shooter’s motives, hate for the LBGT community came in first, followed closely behind by militant Islamist ideology and mental illness. When asked to assess the most important factor, 33 percent named militant Islamist ideology, 21 percent cited mental illness, 19 percent said self-hate and 16 percent said hate for the gay community. Only 2 percent said feeling rejected as a Muslim in America was the most important factor.

Telhami pointed out that while one-third of Americans blamed militant Islamist ideology as the primary driver behind the Orlando attack, the majority of Americans didn’t attribute it as the most critical factor.

Likewise, 57 percent said the shooter acted independently but was inspired by Islamic State ideology, while 34 percent said he acted for reasons unrelated to the terrorist group, also known as ISIS. “Obviously, most people get it right … there was no evidence that he was under the direction of ISIS,” Telhami said. “But it’s also interesting that one-third think that he wasn’t even inspired by ISIS; he was just choosing it for self-boasting.”

When asked what could be done to prevent another Orlando-style tragedy, Americans ranked banning weapons to people with terrorist and criminal records first, followed by better security at public venues, fighting the Islamic State abroad and banning the sale of assault rifles. Closely monitoring mosques and Muslin American groups — policies advocated by Trump — came in last.

“So obviously the narrative war here was won more by the Democratic side than the Republican side,” Telhami concluded.

The battle against the Islamic State, in fact, ranked first among America’s global priorities (61 percent), followed by U.S. immigration policy (41 percent). Iran only received 7 percent support, while the civil wars in Yemen and Libya came in dead last, with a paltry 1 percent of Americans calling those two countries priorities.

Among the poll’s other intriguing findings: In an open-ended question, Israeli Prime Minister Benjamin Netanyahu ranked highest among Republicans (14 percent) when asked to name a national or world leader they admired most. Ronald Reagan was picked by 6 percent of Republicans and, surprisingly, 4 percent of Republicans named Barack Obama the leader they most admire. Naturally, Obama fared better among his own party, with 40 percent of Democrats naming him their top choice.

Democrats and Republicans remained largely split on issues ranging from the Israeli-Palestinian conflict to what caused the rise of the Islamic State (most Democrats blamed the war in Iraq for the group’s rise, while Republicans attributed it to the U.S. troop pullout from Iraq).

Telhami said he expects this polarization to widen in the lead-up to Election Day. Despite the apparent pro-Muslim shift among some Americans, notably Democrats, the majority of the country still has a negative view of Islam in general, Telhami cautioned, predicting that the issue of Islam will continue to be used as campaign fodder in the months ahead.