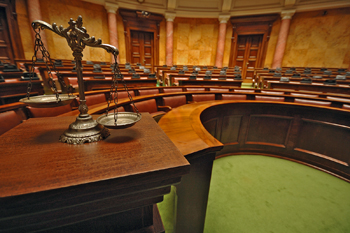 Nearly six years ago, in April 2007, a U.S. court dismissed a case against U.S. resident Mohamed Ali Samantar, a former prime minister and defense minister of Somalia who was accused of killings and torture during the failed regime of Mohamed Siad Barre. The court said Samantar’s status as a former Somali government official shielded him from prosecution under the 1976 Foreign Sovereign Immunities Act (FSIA), which, with some exceptions, prevents nations (and their “political subdivisions, agencies or instrumentalities”) from being sued in U.S. courts.

The case of a former Somali prime minister, now a resident of Virginia, accused of killings and torture has wound its way through the U.S. court system for the last six years, challenging the State Department’s traditional jurisdiction of decision-making in diplomatic immunity cases.

Two years later, an appeals court ruled that Samantar was not, in fact, protected by the FSIA, and in June 2010, the U.S. Supreme Court backed that decision, saying the 1976 law, which governs the immunity of foreign states from prosecution in U.S. courts, applied only to foreign governments and their agencies, not to officials in those governments.

The case was remanded to the district court, where Samantar asked for it to be dismissed based on common law immunities given to former heads of state and other foreign officials for acts performed in their official capacity. His claims for immunity were rejected, even though he did serve as prime minister of Somalia from 1987 to 1990. At the beginning of November, the Fourth District Appeal Court affirmed the lower court’s decision.

As of press time, Samantar — who since 1997 has lived in Virginia — had been ordered to pay $21 million in damages to a small group of Somali plaintiffs (some of them naturalized U.S. citizens) for ordering the killings and torture of members of a minority clan in Somalia.

In doing so, the court took from the State Department the traditional mantle of decision-making in immunity cases.

The Fourth Circuit Court of Appeals said it would take decisions on immunity based on U.S. and international law. “We give absolute deference to the State Department’s position on status-based immunity doctrines such as head-of-state immunity,” Chief Judge William Traxler wrote, but he added that the State Department’s determination on “conduct-based immunity” would not be the final word on the matter, though the court said State’s recommendation would carry “substantial weight in our analysis of the issue.”

“In this case, the court is saying: ‘We come out in the same way as the State Department but it’s our decision and the rule is absolute — there’s no immunity for torture under international law,'” explained Mark B. Feldman, senior counsel at the Garvey Schubert Barer law firm in Washington D.C., who, as deputy legal adviser at the State Department from 1974 to 1981, played a “significant role” in drafting the FSIA. This approach would override any suggestion of immunity recommended by the State Department, at least in torture cases involving former officials other than a head of state, he said.

Samantar had sought protection from prosecution, citing the fact that he was prime minister and defense minister in Somalia when the alleged acts were committed, and that he was therefore acting in an official capacity. But the court reasoned that even though “jus cogens violations may well be committed under color of law and, in that sense, constitute acts performed in the course of the foreign official’s employment by the sovereign … as a matter of international and domestic law, jus cogens violations are, by definition, acts that are not officially authorized by the sovereign.”

Jus cogens means, literally, “compelling law” and refers to “certain fundamental, overriding principles of international law, from which no derogation is ever permitted,” according to Cornell University Law School. Although there is no formal definition of what does and doesn’t fall under jus cogens norms, it is widely accepted that torture does.

The original 2004 lawsuit seeking financial damages against Samantar was, in fact, filed under the Torture Victim Protection Act. The claimants all said that Samantar was not directly involved in committing the alleged torture, rape, extrajudicial killings, imprisonment and other human rights abuses that they endured, but that the violations occurred under his command.

“Under the decision, if it stands, if you’re a torturer or guilty of a fundamental violation of international law which the courts regard as jus cogens, you could be sued in the United States, and you’d better not come visit, let alone come live here,” Feldman said.

There are hundreds of thousands of torture victims who have resettled in the United States, along with at least several hundred serious human rights violators.

The Samantar decision could still be appealed.

Feldman expressed concern that the latest decision in this long-running legal saga could leave U.S. officials at risk of being sued in foreign courts.

“U.S. officials, and particularly former officials, could be exposed to legal proceedings for alleged war crimes and other charges everywhere in the world if this decision stands and if it’s replicated in other countries. And there’s a real danger of that,” he warned.

“I don’t think the U.S. wants to see Henry Kissinger or any other American officials sued in Chile or anywhere else,” Feldman added.

Lawsuits have in fact been brought against former U.S. National Security Adviser and Secretary of State Henry Kissinger in the United States and abroad relating to deaths in Chile in the early 1970s, when left-wing President Salvador Allende was elected and deposed in a coup three years later.

Indeed, governments all over the world have been watching the Samantar case grind its way through the U.S. legal system for years because of its potentially far-reaching foreign policy ramifications.

“[W]hen the Supreme Court took up the case of Somali General Mohamed Ali Samantar … an odd coalition of defenders emerged. Among them were the government of Saudi Arabia, various pro-Israel groups, and three former U.S. attorneys general,” wrote Daniel Schulman in the 2010 article “The War Criminal Next Door” for Mother Jones.

“In the past, attempts (unsuccessful thus far) have been made to sue ex-Israeli officials in American courts for their role in military campaigns that caused civilian casualties. The case makes the Saudis tense because of their experiences fending off a spate of lawsuits accusing Saudi officials, nonprofits, and other entities of complicity in the September 11th attacks. These concerns also hit a little closer to home, given, among other things, the Bush administration’s controversial interrogation and rendition policies,” he added.

So far, all of those legal attempts have fallen flat, and Samantar’s case is unique. There is no functioning government in Somalia that could vouch for him, and he agreed earlier this year not to contest the charges and accept liability for the damages (he is currently undergoing bankruptcy proceedings).

The case has also raised a complex, murky web of legal precedents. Samantar was sued under the 1992 Torture Victims Protection Act as well as the Alien Torts Statute, a law passed by the first U.S. Congress — back in 1789.

The United States had just come out of the Revolutionary War against the British, the French Revolution was in full swing, and the Napoleonic Wars were around the corner. The aim of the Alien Torts Statute was to “create a right of action by aliens [i.e. foreigners] to redress in the newly created U.S. federal courts for violations of international law, particularly torts — bodily injury, and so on,” Feldman said.

The statute was moribund until the late 20th century, when human rights advocates began citing it in cases against individuals and foreign corporations.

FSIA was invoked by Samantar in a bid to seek immunity from prosecution. But the issue of bringing suits against individuals within the framework of the FSIA never arose when the statute was being drafted.

“We didn’t identify that as a problem that needs to be addressed in the statute,” Feldman said. “The courts are going to have to sort it out now.”

The United States was the first nation to codify the law of foreign sovereign immunity by statute.

Prior to the Foreign Sovereign Immunities Act (FSIA), the United States followed a view of “absolute immunity for foreign states and sovereigns.” But in 1952, it changed tack and took the approach used in Europe, called the “restrictive principle,” which allows immunity for purely governmental acts but not for commercial acts by the foreign state or its agencies. The new approach required case-by-case determination by the State Department, which then asked the Department of Justice to submit a “suggestion of immunity” to the courts. The courts, in those days, automatically deferred to the government, meaning the State Department was effectively adjudicating cases without due process.

Naturally, this stirred some controversy in legal circles, and in the 1970s, a system of administrative hearings was put in place where a private lawyer and a representative of the foreign state’s embassy would argue to an official at the State Department.

Because that process was time-consuming, subject to diplomatic pressure from the foreign state involved, and raised potential foreign policy problems because the State Department was making determinations on foreign requests for immunity, the executive branch of the U.S. government initiated the Foreign Sovereign Immunities Act.

It had three main objectives in doing so: to transfer the burden of decision-making on issues of immunity from the State Department to U.S. courts; to codify in statutory terms the restrictive principle of immunity; and to provide a comprehensive regime in the United States for litigation against foreign states and government agencies.