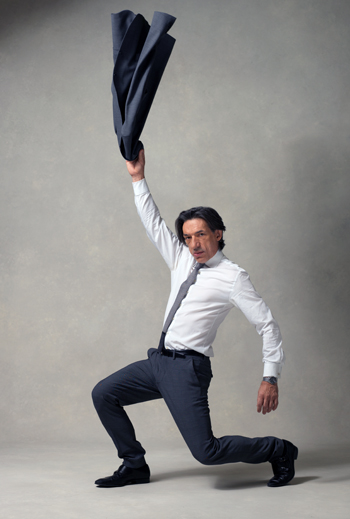 Septime Webre, the dynamic artistic director of the Washington Ballet, has announced his plans to leave the company after 17 years when his contract expires in June. Under his leadership, the Washington Ballet evolved from a sleepy, staid dance troupe to an incubator of innovation. In the process, Webre became a local celebrity — “the rock star of dance in the nation’s capital,” as the Washingtonian put it in a 2015 profile.

The magazine noted that the Washington Ballet has grown leaps and bounds under Webre, who dramatically increased the company’s budget, spearheaded cutting-edge world premieres and expanded arts education for the city’s underprivileged youth. At the same time, the article pointed out that the Washington Ballet remains a relatively small outfit, buffeted by some of the same forces that plague many underfunded arts organizations.

In the last days of his eventful 17-year tenure, Webre spoke to The Washington Diplomat about his years at the ballet, his proudest accomplishments and thorniest challenges, and what he hopes will be in store for the company after his departure.

“I’ve been entertaining the idea of stepping down for a while,” Webre, who first announced his retirement from the company in February, told The Diplomat.

The artistic director explained that his decision was motivated chiefly by a desire to spend more time focusing on creative projects and training.

“In the last five or six years in particular, the administrative responsibilities of running a company, like fundraising and marketing, have really consumed a lot of my time,” Webre said.

“I really want to spend the next few years, while I still have a lot of energy, on creating new ballets with other companies and working directly with dancers,” he added. “I’m a teacher at heart. I love working with young people.”

Webre will have no shortage of opportunities lined up for him after he leaves his position in June.

“I’m currently involved in staging productions from all around the world, as well as in D.C.,” he said. “These include works from Australia, Istanbul, Tel Aviv and all over the United States.”

Webre also revealed that he will be working on a new Broadway show based on a major work of literature, although he declined to go into more detail about the project.

“I’ve always had a special interest in theater,” he said.

Many of his productions, in fact, possess a theatrical quality — from his original, full-length take on “The Great Gatsby,” part of a series examining American literary masterworks, to Webre’s most recent creation, a rock ‘n’ roll tribute to pop icons David Bowie and Queen.

Diversity has been a central theme of Webre’s work. Born in 1961 in New Orleans to a French father and Cuban mother, Webre spent his childhood in an eclectic array of locations, including the Bahamas, Sudan, Côte d’Ivoire and Brownsville, Texas. His family fled Cuba only two years before his birth, not long after Fidel Castro took power. 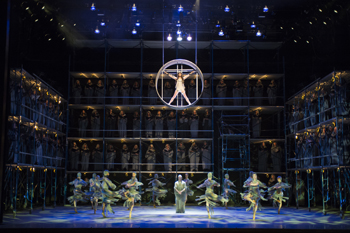 Webre remembers his multicultural upbringing fondly. “I grew up with acquired Cuban memories,” he told the Washington Post in 2015.

His Cuban roots and appreciation for diverse cultures have shaped the Washington Ballet, founded in 1944. The company has toured the world, including Webre’s native Cuba, and brought on a diverse cast to support Webre’s expansive vision. Two African American dancers were cast last year as the leads in “Swan Lake,” and the company’s dancers hail from over a dozen countries, including Albania, Japan and, of course, Cuba.

When the energetic choreographer, now 54, first took the reigns in 1999, the company was a provincial 18-person ensemble with a relatively small budget of $2.8 million. Today, it boasts a $12 million annual budget. Enrollment at the Washington School of Ballet has also jumped from 325 students to over 1,400 students.

“In addition to the sheer growth of the institution, I feel like the company has advanced in two areas in particular,” Webre told The Diplomat when asked about his most significant accomplishments.

“First, our work in the community has been fantastic. I feel so proud of the community engagement programs we’ve launched like DanceDC and the Washington Ballet at THEARC. These programs have had a huge impact on training and bringing new dancers into the company over the years.”

The DanceDC and THEARC programs, along with other community-based initiatives sponsored by the ballet, have served over 75,000 children and adults in the D.C. area since their inception in 1999. The company is also the only major American ballet company with a campus dedicated solely to the underserved community. THEARC, a state-of-the-art complex located in the heart of crime-ridden Ward 8, serves as the headquarters for the Washington Ballet’s outreach programs.

“Secondly, I’m proud of the vast number of world premieres that we’ve had the pleasure of being involved in over the years,” Webre continued. “Productions like ‘The Great Gatsby’ and ‘ALICE (in wonderland)’ in particular have been extremely exciting to work on. And of course, it was wonderful to premiere a new ‘Nutcracker’ in 2004. That production certainly took a lot of heart and soul.”

Webre’s Washington-centric reimagining of “The Nutcracker” sets the Tchaikovsky classic in historic Georgetown and has become a popular annual tradition. But Webre told The Diplomat that the ballet’s production of “ALICE (in wonderland)” stands as an achievement he remembers particularly fondly. 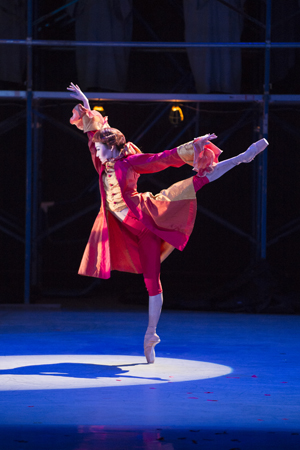 “It was just so damn wacky,” he said about the whimsical 2012 adaptation of Lewis Carroll’s famous children’s tale. “Aside from that, it had all of the elements of a great show — vigorous dancing, some really great characters and a good story.”

While the creative aspect of his profession has always come easily to Webre, he said that he couldn’t always say the same about some of his managerial duties.

“The most difficult challenges that I’ve run into over the years have always stemmed from the administrative side of things,” he said. “The biggest challenges are typically just fundraising and finding the resources to accomplish what you want to do.”

Webre mentioned two moments in particular that were difficult for him as a director.

“In 2004, we had a labor dispute with our dancers’ union,” he recalled. “It was eventually resolved, and we have a great relationship with the artists and dancers today. However, the strike was quite a bump in the road for us, especially since the lawyers on both sides of that dispute were behaving badly.”

Dancers accused Webre of overworking them and underpaying them. The dispute was eventually settled but not before affecting the group’s lucrative production of “The Nutcracker” — and its bottom line. A few years later, the global economy tanked, the reverberations of which were felt on the local level.

“The next major challenge for us occurred in 2008, when the city of D.C. stopped earmarking funds for our company,” Webre said. “The city had been giving us a million dollars a year before that, and in that year they went from a million dollars to zero. That created some obstacles for us.”

Another longstanding obstacle is the competition that the company faces from bigger-name rivals who get top billing at the Kennedy Center, along with a growing roster of dance academies attracting area students.

Navigating those obstacles will now fall to Webre’s successor, Julie Kent, a retired principal dancer with the American Ballet Theatre.

“Julie is one of the great ballerinas of her generation,” Webre told us. “She is known for her elegance, her musicality and her beautiful line. She is truly a superstar in the ballet world.

“I really hope that she will take the dancers to the next level and continue to challenge them the way I have,” he said. “I hope she will keep our classical repertoire, but also take interesting forays into new work. I also hope she will ensure that the ballet continues to engage the audience in a very humanistic way.”

Webre said he looks forward to Kent ushering in major creative changes for the company.

“In addition to expanding our canon of work, one of the things that I hope Julie will do in the future is to move the company in the direction of always performing with live music. I find that this is a critical element in the success of our productions, but unfortunately it hasn’t been something that we’ve always been able to do in the past because of financial limitations.”

He also said he hopes the company continues to leave its mark in the social arena.

“We’ve developed a very diverse organization over the years and are currently the most ethnically diverse ballet company in America,” Webre said. “Increasing diversity and access to the arts for dancers of all backgrounds has been a major priority of my tenure. I have faith that the company will continue this commitment to creating a more diverse ballet world in the years to come.”