Home The Washington Diplomat April 2018 Why Does the U.S. Spend More on Health Care Than Other Countries? 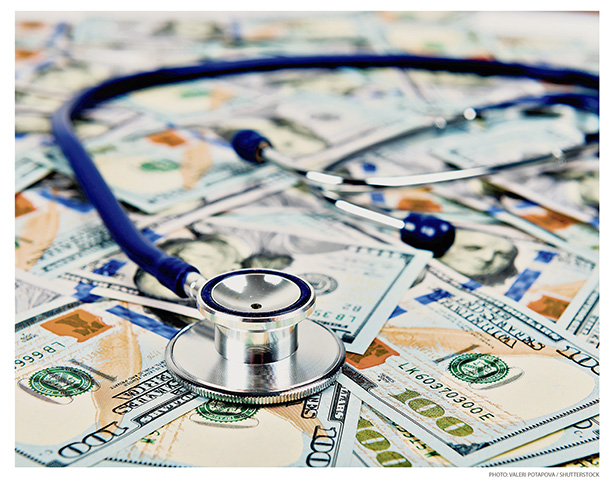 It’s well known that the United States spends a lot more for its health care than other industrialized nations do.

But a new study claims that some of the purported explanations for why America’s health care bill is so huge simply do not wash.

Nor does America have too many high-paid specialists. “At least compared to peers, we have a pretty similar mix of primary care to specialists,” Woskie added.

Instead, it looks as though the United States pays more because it faces higher price tags for drugs, tests, office visits and administration, Woskie said.

“We need to better understand why prices are so high and dive into that into much more detail, because some of the previous explanations may not actually be what’s driving the U.S.’s spending,” she said.

For this study, Woskie and her colleagues pulled together comprehensive data comparing U.S. health care against that of 10 other leading countries — the United Kingdom, Canada, Germany, Australia, Japan, Sweden, France, the Netherlands, Switzerland and Denmark.

The investigators found that the United States spends nearly twice as much of its wealth on health care — 17.8 percent of its gross domestic product, compared with between 9.6 percent and 12.4 percent in other countries.

That money is not buying the United States better health, however. For example, America had the lowest life expectancy and the highest infant mortality when compared to the other countries.

The United States has about as many doctors and nurses as the other nations, and similar rates of treatment.

But cost varied widely when it came to drugs. Pharmaceutical spending was $1,443 per person in the United States, compared to a range of $466 to $939 in other countries.

“We actually seem to have about the same number of tests and visits as other countries do. It’s not necessarily that a lot of it is unnecessary, because our volume is similar. It appears we are spending more for the same stuff,” Woskie said.

Additionally, the United States spends more on the administrative framework used to operate its health care system — about 8 percent of health care spending, compared to 1 percent to 3 percent elsewhere.

That’s not just because the United States has a complicated insurance setup, either. Researchers found America spends twice as much on administration as other nations with multiple insurance systems like the Netherlands or Switzerland, Woskie said.

“There’s something funky about the U.S. system that’s not just about the administrative inefficiencies of having more than one payer,” Woskie said.

The upshot is that reducing the amount of health care each American uses is not likely to reduce the nation’s overall health spending, she said.

“This work suggests that some of the more straightforward or simple solutions that have been posed are unlikely to address it in full,” Woskie said.

The findings were published March 13 in the Journal of the American Medical Association.

The new analysis is “ambitious and comprehensive,” and “represents a major advance” in understanding America’s health care spending patterns, according to Katherine Baicker, who co-wrote an accompanying editorial. She is the dean of the Harris School of Public Policy at the University of Chicago.

“Different health systems are producing very different outcomes, but one should have a note of caution in observing those differences and jumping immediately to a policy prescription, because policy prescriptions are going to require much more information about what’s under the hood,” Baicker said.

Any solution also will need to reflect the nation’s morals and priorities, something that cannot be assessed by pure economic analysis alone, she added.

“Econ 101 can’t tell you as a voter or a citizen or a patient what’s important to you,” Baicker said. “It can tell you how different policies are going to affect the health care that we get, but it can’t tell us what our priorities are.

“All of the conversations assessing different policy options should start with what our goals are and what’s important to us, and then we can apply the lessons from economics to achieve those goals,” she said.

The U.S. Centers for Disease Control and Prevention has more about U.S. health expenditures at www.cdc.gov/nchs/fastats/health-expenditures.htm.