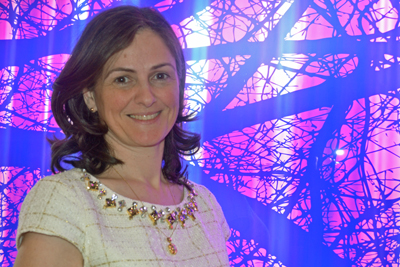 Slovenia is a small, picturesque European nation that is capitalizing on a big new name making waves around the world: Melania Trump, a former model who is the Slovene-American wife of U.S. President Donald Trump.

Martina Skok serves as a minister counselor at Slovenia’s permanent mission to the United Nations.

Martina Skok, wife of Slovenian Ambassador Božo Cerar — who herself serves as a minister counselor at Slovenia’s permanent mission to the United Nations — said she is understandably “very happy” that America’s first lady has Slovenian roots.

“The attention from the media is already helping our tourism. I am happy for her and for us. Now more people will know where Slovenia is,” Skok said, noting that her mountainous nation is located “on the sunny side of the Alps.”

Slovenia, which touts that it is the only country in the world with “love” in its name, is located in the top corner of the Adriatic and borders Italy, Austria, Hungary and Croatia. This small but stable nation of 2 million split from the former Yugoslavia and became independent in June 1991. Slovenia is a member of the EU, NATO and the Schengen passport-free zone.

Skok had a chance to talk to Melania two years ago at the International Red Cross Ball held at the Trumps’ Palm Beach estate, Mar-a-Lago, in Florida. “When I met her in the receiving line, I said hello in English and then I started speaking Slovene,” Skok recalled. While their husbands cooled their heels, the two women continued their spontaneous chat. “I thought she was very kind. She looks Slovenian,” Skok said, noting that Melania “was already very, very famous at home — one of our top three models.”

The first lady, originally known as Melanija Knavs, was born to a working-class family in what was then Yugoslavia in 1970. “Her small hometown of Sevnica has two clothing factories. One, Lisca, is famous for making quality underwear and swimsuits. Her mother worked there and Melania, when she was quite young, started modeling for a sister firm of a children’s clothing line,” Skok said.

After attending the University of Ljubljana for one year, Melania went on to model for fashion houses in Milan and Paris before settling in New York City in 1996. A few years later, she met Trump, marrying the real estate magnate in 2005. 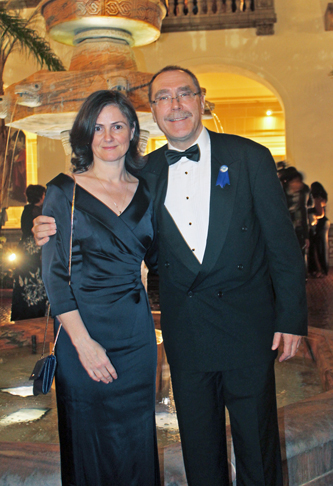 Martina Skok is married to Slovenia’s ambassador to the U.S., Božo Cerar.

Skok also works primarily from New York City, although in a very different capacity than the former model. As minister counselor in Slovenia’s Permanent Mission to United Nations, she deals with diplomatic cables and multilateral negotiations instead of fashion runways and photography shoots.

As if that weren’t enough, the mother of one also commutes regularly to D.C. to help out her husband.

“Once every three weekends, I come down to Washington to host or attend diplomatic events with my husband. I take the bus. It leaves from and returns to Dupont Circle, which is very close to our residence in Washington. I like the bus because it is so close and I can read my mail and my studies,” she told us.

Meanwhile, their 17-year-old daughter Veronika lives with Skok in New York and walks to the United Nations International School, which is in the same block as their apartment. “She is getting excellent grades and loves biology and chemistry,” Skok said. “But I don’t think she wants to be a diplomat,” she added. “This summer my husband will leave his post here but we will stay in New York so Veronika can finish her last year of school.”

As busy as she is, Skok said she loves to set aside time for cooking. “I try to create a family environment like I had in my childhood. I like to make Slovenian beef soup with noodles,” she said. But she can’t always count on what her daughter wants to eat. “One day she is vegetarian, the next day she’s something else! My husband and I both cook. We love to collect cookbooks and wine. At home, we all drink my mom’s family wine. Her family has been making wine for generations.

“In the summer for two to three weeks, we go to our small house in the country where we pick vegetables from our garden and cook without going to the store. It’s so good. How could it be any better?” Skok said, noting that the family has access to fruit trees bearing apples, pears and cherries, as well as fresh fish from the local rivers and wild forest animals. “Our country is 60 percent woodland. Our land is close to the sea, in the Mediterranean part of Slovenia in the south,” she said. “We also have bio-diversity with four different sections of the country. We go from the Alps to the sea.”

This marriage is the second for the ambassador, who has two grown children and two grandchildren from a previous marriage. Tanja, 41, is a pediatrician who is married with two children. Janez, 30, works in IT at the Meteorological Institute in Ljubljana, Slovenia’s capital city.

“I am 21 years younger than my husband,” Skok explained. “We met at the University of Ljubljana when I was a grad student working on my Ph.D. and he was a professor in the master’s program. I was part time and he was full time. One of his professors during his Ph.D. studies was also my professor at my master’s studies. This is how we ‘started the conversation,’” she recalled. “Then we met again at the Ministry of Foreign Affairs.”

Before she entered the Foreign Service, Skok wrote for Delo, the top daily newspaper in Slovenia. Their first posting together was in Canada from 1997 to 2007. Cerar has also served as Slovenia’s ambassador to Poland, permanent representative to NATO and state secretary of the Ministry of Foreign Affairs twice. 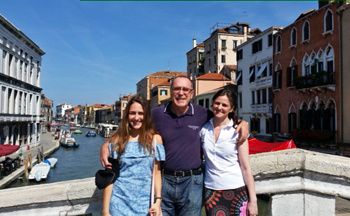 “In Canada, I didn’t work,” Skok recalled. “I took advice from other well-educated diplomatic spouses. That’s when I got my Ph.D. Then we went to Brussels and Veronika started the British School.”

Now that Veronika is a teenager, Skok said she strives to “keep the routine, especially in New York. I try to create an environment that my parents did for me. We keep in contact with family back home, eat healthy, sleep well and study and work hard — everything in moderation.”

But she admits that work is critical. “I am a typical Slovenian. Work and jobs come first. Our country and our people are known for punching above our weight.

“Being a diplomat is a very interesting life,” she said. “The best part is the traveling. Every nation has a different style of hospitality. Life can be really nice — the best of all cultures.”

But diplomacy also involves plenty of sacrifices. “It can be difficult if you’re not able to go home when you’re needed and your parents are old. Plus you lose your friends,” she said, adding that if you don’t make the effort to stay in touch with the friends you make along the way, “you can have 40 years of a broken heart.”