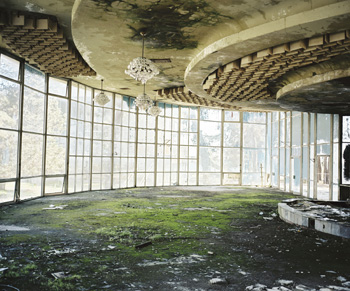 As part of FotoWeekDC, photos from “The Sochi Project: An Atlas of War and Tourism in the Caucasus,” above and below, will be on display at the Spanish ambassador’s former residence.

Photography enthusiasts are certain to have plenty to look at during the eye-opening annual FotoWeekDC festival, a visual feast of exhibitions and programs scheduled for Nov. 8 to 16 throughout Washington, D.C.

Now in its seventh year, this eclectic celebration is set to dominate D.C. embassies, museums, and commercial and nonprofit galleries with a wide range of camera work. Fine art, photojournalism, documentary pieces and even Instagram shots — from both local and international artists — will be on display.

The event, which started in 2008 with 20,000 participants, has since doubled in size, E. Brady Robinson, chair of the FotoWeek Board of Directors, told The Diplomat. Last year, the festival topped out with 40,000 participants, she said.

This year FotoWeekDC has over 50 cultural partners, which means over 50 exhibitions and events. Partners include Spain arts & culture, the cultural arm of the embassy that’s housed in the former ambassador’s residence, as well as the JBG Companies. Throughout the week, the festival will feature a photo contest and juried exhibition, gallery openings, lectures, educational workshops, portfolio reviews and book signings, many of which are free of charge.

Other partners include the Goethe-Institut, National Geographic Your Shot, the Smithsonian, National Gallery of Art, Holocaust Museum, Mexican Cultural Institute, House of Sweden, the embassies of France and Canada, Glen Echo Park and the National Museum of Women in the Arts. 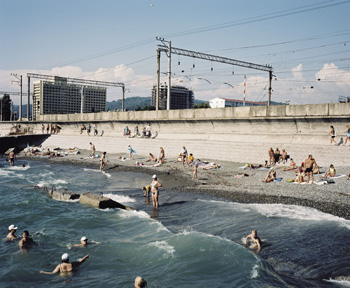 One of this year’s main attractions is “The Sochi Project: An Atlas of War and Tourism in the Caucasus.” This exhibit, which chronicles the story of Sochi, Russia, site of the 2014 Winter Olympics, was co-founded by Dutch artists Rob Hornstra and Arnold van Bruggen and organized by Aperture New York.

Photographer Hornstra and writer-filmmaker Van Bruggen pride themselves on practicing “slow-form journalism,” in which research and time allow for a deeper investigation — in this case, an investigation that started in 2007 to document Sochi’s seismic growth as it prepared for the Games, as well as its contrasting character as a glamorous resort town located next door to a major conflict zone.

Viewers can expect to get a wider glimpse of Sochi than what aired on television during the Olympic Games. As one could expect, the stories told by the exhibit are bleak, given that the region has experienced violence since the 19th century, with increased tensions since the break-up of the Soviet Union. In fact, instead of showcasing a transformed city, much of the media coverage in the lead-up to the Games was negative, focusing instead on Russian violence against homosexuals, Islamic terrorist threats and even the euthanization of stray dogs.

“Never before have the Olympic Games been held in a region that contrasts more strongly with the glamour of the event than Sochi,” van Bruggen writes. “Just 20 kilometers away is the conflict zone Abkhazia. To the east the Caucasus Mountains stretch into obscure and impoverished republics such as North Ossetia and Chechnya. On the coast, old Soviet-era sanatoria stand shoulder-to-shoulder with the most expensive hotels and clubs of the Russian Riviera.” 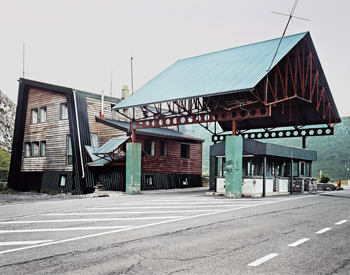 “Hornstra’s photographic approach combines the best of documentary storytelling with contemporary portraiture, found photographs and other visual elements collected over the course of their travels,” states “The Sochi Project” website. “Van Bruggen contributes a series of engaging stories about the people, the land and its turbulent history. Together, the images and texts unpack the complex, multivalent story of this contested region, shining a harsh light on Vladimir Putin’s claim that, ‘The Olympic family is going to feel at home in Sochi.’”

“The Sochi Project” will be on view at the Spanish ambassador’s former residence on 16th Street, NW, also known as “FotoWeek Central,” the festival’s headquarters and location for its grand Nov. 7 kick-off party.

In addition to juried exhibitions, the event also gives the average-Joe-amateur photographer a chance to show off his craft. “FotoBazaar,” the festival’s second annual, massive, open-call, first-come, first-served photography show, will again be held in the NoMa (north of Massachusetts Avenue) neighborhood of D.C.

Having FotoWeek in D.C. is relevant for many reasons, explained Robinson. “FotoWeekDC is about the cultural exchange and its relevance to critical topics,” she said. “It has the power to educate, and its proximity to policymakers can’t be ignored.”

Before the weather gets too cold and the holidays are upon us, come out for this collage of photographic talent and tastes. There will be something, it seems, for everyone.

Nov. 8 to 16
throughout Washington, D.C.
For information, please visit www.fotodc.org/fotoweekdc/.