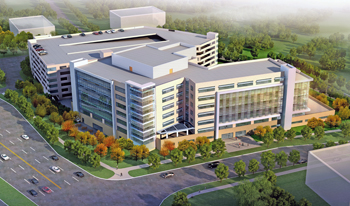 That’s only one comprehensive cancer center to serve a metropolitan area of some 5.8 million people, an area that is growing faster than any other Eastern Seaboard city, according to the 2010 census (3 percent between 2007 and 2009, compared with just about 1 percent for New York, Philadelphia and Baltimore). The Philadelphia metropolitan area, by contrast, has four cancer centers for a similarly sized population; greater Boston, with about 4.5 million people, has two.

But by 2017, the number of cancer centers in the area will double, as Inova Health System has begun preparations to open a new comprehensive cancer center on undeveloped land in Merrifield, Va., adjacent to its Fairfax campus.

It’s a logical step. In 2010, the system hired Dr. John Niederhuber as CEO of its Translational Medicine Institute. Niederhuber’s storied background in oncology includes four years as director of the National Cancer Institute and five years as head of the University of Wisconsin’s Carbone Comprehensive Cancer Center. With that kind of leadership in place, and some 3,500 new cancer cases already being diagnosed and treated within the Inova system every year, it would be strange if the system wasn’t planning to take some giant leap forward in cancer care.

“Although we have a variety of cancer programs in place, we felt that we weren’t doing as good a job as we could do in terms of serving this metropolitan area,” Niederhuber told The Washington Diplomat. “We want to provide our patients with a true world-class, multispecialty approach to cancer management — really, an academic, university cancer center model.”

Inova had the seeds of such a plan in mind when it first hired Niederhuber in 2010 to build the Translational Medicine Institute — a genomics-based research institute that aims to be a leader in personalized medicine —but he insisted on doing due diligence with a series of outside consultants before committing the health system to such an ambitious initiative.

In November 2012, the results of that preparation received unanimous approval from the health system’s board: a $250 million commitment to build a 340,000 square-foot, seven-story comprehensive cancer center on the Fairfax campus. “We’re actively working with architects and consultants on the planning phase now,” Niederhuber said. “Once we get all of the county’s approval processes under way, I expect that it will take about four years to get our doors open.”

The goal, Niederhuber says, is to develop a complete, one-stop center that incorporates screening and prevention, diagnosis and state-of-the-art treatments for all major organ sites in both adult and pediatric cancer. 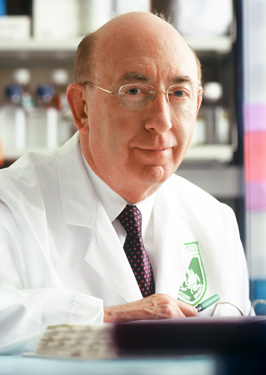 The project is still in its early phases, so no new faculty have been officially recruited yet, but Niederhuber says that he’s already been speaking with several prominent oncologists about plans for the new center. “They see how exciting it is and have indicated that they may be interested in coming on board to help build the programs here,” he said.

The new cancer center would be one of only a handful in the country to operate without a close, direct affiliation with a university medical school. But although Inova, a nonprofit giant in the local medical community, is not officially part of an academic health center, Niederhuber calls it “an academic institution without a university.”

“We have a full range of post-M.D. training programs in surgery and medicine, and about 40 or 50 medical students on the campus every day, mostly from Virginia Commonwealth University.”

The Translational Medicine Institute was formed to serve as a leader in personalized medicine, which applies sophisticated technologies to distinguish a person’s unique genetic code to determine if they are at increased risk of developing a particular disease and to tailor the most effective treatments for that disease.

“The goal is to provide the right treatment for the right patient at the right time, and ultimately prevent disease in the first place,” the institute’s website says. “The long-term work of ITMI will enable Inova to successfully and quickly translate advances from genomics (the study of genes and their function) and the molecular sciences to patients, optimizing individual health and well being.”

To that end, the institute eventually aims to assemble the world’s largest amount of whole genome sequence data in a single database. In the meantime, it will also play an important role in the growth of the cancer center.

“Because of the presence of our Translational Medicine Institute, we will also be able to bring a new frontier of highly personalized genomic medicine into cancer care as well,” Niederhuber observed. “We have a very active bio-bank that will allow us an unprecedented amount of genomic input into making all therapeutic decisions. We want to conduct translational research studies and be in the forefront of the application of genomics to therapeutic decisions in cancer.”

The system expects to break ground on the new center in 2014. When it’s completed, the new center will also serve to coordinate cancer care at Inova’s five existing campuses — Alexandria, Fairfax, Loudoun, Mount Vernon and Fair Oaks, which recently broke ground on its own 100,000 square-foot cancer center.