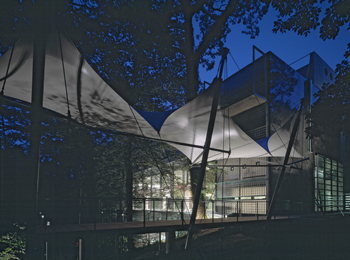 The modern Finnish Embassy, located across from the U.S. vice president’s house, is framed by a canopy of trees and vines from the surrounding park to reflect Finland’s love of nature.

The decision for the Finnish Embassy to go green originated less in eco-friendly idealism than it did in hard-nosed pragmatism, when in 2000, a maintenance manager sought ways to cut down on the embassy’s high energy costs.

“We already had a very good building, but we had very high bills for energy and water consumption,” said Finnish Ambassador Ritva Koukku–Ronde. “And as our manager started replacing old bulbs with more energy-efficient ones, he was starting to look at our cooling system and especially our warming systems, but also water faucets, etc., to see how we could be more energy efficient.”

In the end, the sleek architectural landmark along Observatory Circle not only become more energy efficient, but also stood out as a model of sustainable design among Washington’s embassies.

The first? The U.S. Embassy in Helsinki.

“This [LEED certification] is not a certification you can keep forever,” Koukku-Ronde pointed out. “So when we were working with maintaining the gold, when I came here I thought we should not only keep the gold, but get the platinum.

“I would say we wanted to be a forerunner,” she said, “and show that you can have a modern building with energy efficiency, and bring our community here in D.C. a more sustainable solution.” 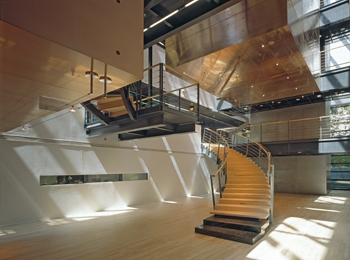 The Finnish Embassy already had a reputation as the “Jewel of Embassy Row” and recently celebrated its 20th anniversary with a big jubilee last November. The striking modern structure, located across from Vice President Joe Biden’s residence, is framed by a canopy of trees and vines from the surrounding park to reflect Finland’s love of nature, while the expansive glass walls mirror the country’s commitment to transparency.

That aesthetic translated into a pioneering eco-friendly design. Koukku-Ronde said the process of greening the embassy — that is, making it more environmentally responsible — was made easier by the fact that it had been built well at the outset. Although the standards of green building were not as widespread as they are now, certain Finnish standards still applied.

“When the embassy was built 20 years ago, the environmental aspects were not as widely considered as they are today, but the architects designed a building that not only met all the requirements in D.C. and the U.S., but were also using the normal sustainable way of building, the Finnish way of building,” Koukku-Ronde explained. “They were using local materials and designed the building so we could use natural daylight.”

Today, that commitment to going green impacts all day-to-day functions of the embassy. The toilets and faucets are fitted with water-saving devices, for example, and recycling is a top priority. Koukku-Ronde says that many of the changes are minor, and most people don’t even notice them. Perhaps the faucets have less water coming out of them or the rooms aren’t as brightly lit, but with natural lighting spilling in from the glass walls, the ambassador said that most of the staff never give it a second thought.

To attain the platinum certification, the embassy invested roughly $150,000, money that Koukku-Ronde says the embassy recouped in the first year. The embassy’s gas consumption is down 65 percent, and it now spends 50 percent less on electricity and 30 percent less water compared to the mid-2000s. Renewable energy credits offset 100 percent of the building’s total energy consumption. 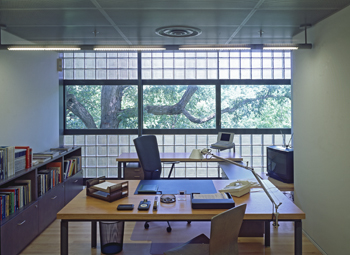 But more than those savings, which can seem abstract to anyone not on the maintenance or accounting end of the business, Koukku-Ronde said the responsibility of having a lighter environmental footprint is one shared by the entire staff.

“The whole embassy staff has been doing incredible work, in that everybody has been more conscious about the recycling, or not demanding it too cool when it’s very hot outside, or the other way around,” Koukku-Ronde said. “We have the assumption that people are leaving here for the night, so we’re not heating or cooling particularly high on the evenings and weekends. But at the same time, you don’t notice it so much.”

She said the staff wasn’t content to stop at the building itself. They replaced the ambassador’s car with a hybrid model and encourage people to come to work by walking, bicycling or mass transit. They even purchased three bicycles for staff use.

“People are very motivated,” Koukku-Ronde said. “Everybody has been working very hard on the platinum status. It’s been giving a good feeling that you are participating in something that is a very good goal.”

And on Jan. 28, they shared that good feeling with the community in a green-themed platinum party that nearly brought the entire, environmentally friendly, LEED-certified house down.

There were speeches, of course, along with accolades, delicious food, green trivia and even a rock band. U.S. Ambassador to Finland Bruce Oreck sent a video message congratulating the “second” embassy in the world to receive the platinum certification. 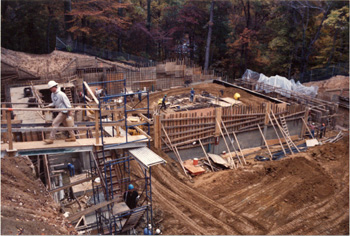 Finnish sustainability standards were built into the design of Finland’s embassy in Washington when it was constructed 20 years ago.

U.S. Undersecretary of State for Management Patrick Kennedy added: “In these days of climate change and the hardships and natural disasters and conflict that will continue to require leadership and diplomacy, this building is a physical manifestation of Finland’s commitment to a better world, to preserve and conserve natural resources, their commitment to human health, well-being and happiness.”

Finnish Secretary of State Peter Stenlund said the impetus behind the embassy’s design was not only lofty, but also practical. “Sustainability always calls for balance, between the social, economic and ecological goals. What is important to understand is that sustainability is also good for business and for productivity. Smart solutions are not only ecologically excellent, they make sense also economically.”

That balance is something that Koukku-Ronde focuses on as well. “It’s not only a nice thing to do, it’s the smart thing,” she told us. “We are saving something like $150,000 per year, just on maintenance costs.”

The achievements of the Finnish Embassy are so impressive — and a relatively minor investment compared to the savings — that you’d assume other diplomatic properties in Washington would adopt similar measures. However, the city’s diplomatic missions vary so greatly, from new buildings to repurposed and historical ones, that the challenges are different for each.

“The accomplishments of the Finland Embassy are certainly impressive and inspiring,” said Maria Belovas, press and cultural affairs officer at the Embassy of Estonia. “[W]e are also always looking for ways to minimize our energy consumption and to have a lighter impact on the environment, and have taken a number of steps over the years to be more ecologically conscious.”

Unlike the Finnish Embassy, which was purposely built for the mission, the Estonian Embassy is a classic 1905 building, originally constructed as a private home. However, both have found that implementing changes, however small, can have a large impact.

When asked if other embassies should make similar eco-friendly improvements, Koukku-Ronde didn’t hesitate. “I definitely recommend it,” she said. “With relatively simple things, you can make a difference.”