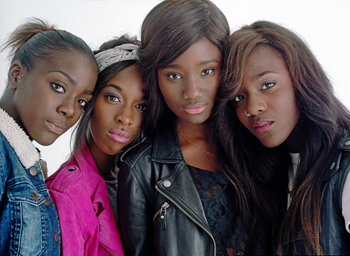 At the 2015 Sundance Film Festival, French writer-director Céline Sciamma (“Tomboy,” “Water Lilies”) and her third film “Girlhood” made a striking impression in the festival’s Spotlight section, which showcases Sundance programmers’ favorite films — mostly foreign — that have played in other festivals.

The film is a powerful coming-of-age story about teenage girls of African descent growing up in the banlieues, the impoverished suburbs northeast of Paris where the families of low-income African and Arab immigrants — mostly Muslim — are largely segregated. In French cinema, black women, and especially black teenage girls, are significantly underrepresented compared to their population, so “Girlhood” offers a rarely heard, distinctive perspective.

In one sense, the Sundance screenings were highly topical, taking place just a couple of weeks after the January terrorist attacks that started with the shootings at the offices of the satirical magazine Charlie Hebdo in Paris. The shocking attacks brought massive media coverage that raised global awareness of the significantly non-assimilated, tense existence of black, Arab and Muslim people within French society. The terrorists came from neighborhoods like the banlieues, where vast swaths of people, especially youth, are disaffected by their lack of economic prospects and marginalization from mainstream French culture.

Sciamma’s well-crafted original screenplay astutely lays out the parameters of this disillusionment. Yet the rites of passage faced by the main character(s) are also universal in nature, to a substantial degree. Sciamma’s perceptive direction creates a feeling of truth without ramming the issues down the throats of the audience or being overly melodramatic. The young primary cast members are very believable in their roles, especially newcomer Karidja Touré, who delivers a fierce, tour-de-force performance as the protagonist, Marieme.

Marieme is an intelligent, timid adolescent girl who seeks to make a change. She’s frustrated by circumstances that restrain her from getting ahead. She’s abused by her brother, intimidated by the “boys’ law” that rules the neighborhood and forlorn about her lack of future prospects despite being a decent student. She begins to hang out with three more carefree, experienced and street-smart girls (Assa Sylla, Lindsay Karamoh, Mariétou Touré). The path she takes to fit in with the gang leads her to commit theft, drop out of school and other major life decisions.

Argentinian writer-director-editor Damián Szifrón (“On Probation,” “The Bottom of the Sea,” TV’s “Pretenders”) presented the anthology “Wild Tales” to a warm welcome at the most recent Sundance Film Festival, where the hilarious black comedy was a highlight of the Spotlight section. In Park City, Utah, the anticipation for “Wild Tales” was boosted by its recent nomination for the 2015 Best Foreign Language Film Academy Award. Its odds of taking home the Oscar are bolstered by having won the National Board of Review award for Best Foreign Language Film.

The anthology presents multiple chapters that deftly demonstrate how some people reach a point where they are no longer capable of adequately dealing with the pressures of the modern world, particularly inequity in socioeconomic status and justice. When pushed beyond their limits, they go off the deep end, an insanity that can honestly be a cathartic stress relief and perhaps even enjoyable. The triggers include the accumulating effects from experiencing regular acts of force, an unfaithful romantic partner and an upsetting blast from the past.

Legendary maverick Spanish filmmaker Pedro Almodóvar is a producer of the Argentine-Spanish co-production, which was also nominated for nine Spanish Goya Awards. As might be expected for a film produced by Almodóvar, “Wild Tales” runs on heavy doses of dark humor, macabre situations, crazy characters and high energy. The film delightfully skewers the ingrained class structures of contemporary Argentinian society. 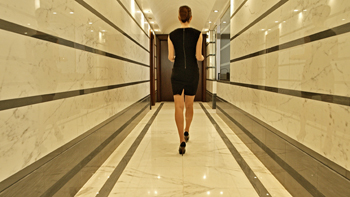 At the 2014 Tribeca Film Festival, Italian actress Valeria Bruni Tedeschi deservedly won Best Actress in a Narrative Feature Film for her sensitive portrayal of Carla in “Human Capital,” directed by Paolo Virzì (“Caterina in the Big City”). Tedeschi’s nuanced performance, as an affluent woman uneasy with her position in society, provides the emotional center of the film. Virzì’s assured direction draws solid performances from the talented ensemble cast and keeps the proceedings moving along at a deliberate pace.

Virzì, Francesco Bruni and Francesco Piccolo co-wrote the thoughtful screenplay, an adroit adaptation of Stephen Amidon’s novel of the same name. The elegant structure relates the story in three segments overlapping in time, told from the perspective of a different character, in a manner somewhat reminiscent of Japanese auteur Akira Kurosawa’s groundbreaking “Rashomon.” The script makes pointed but restrained social commentary about a key tenent: that the rich live by different rules, even when they are under severe duress, turning regular people into mere pawns in their high-stakes chess games.

Typically moody teenager Serena (Matilde Gioli) gets a new boyfriend, Massimiliano (Guglielmo Pinelli), who turns out to be from a dazzlingly wealthy family. Serena’s father Dino (Fabrizio Bentivoglio), a small potatoes real estate broker who’s desperate to climb the social ladder, schemes to meet the master of the universe, Giovanni (Fabrizio Gifuni), when dropping off Massimiliano at his family’s villa. Giovanni is cordial but not truly impressed by Dino’s lack of true sophistication and repeated advances.

To throw him a bone and somewhat brush him off, Giovanni invites Dino to invest in his hedge find. Dino seizes the opportunity to get a piece of the huge investment returns that have made Giovanni rich. Without consulting his wife Roberta (Valeria Golino), who’s expecting their new child, Dino takes out a mortage to invest the borrowed money on top of their entire life savings, money they cannot afford to lose. When economic conditions suddenly change drastically, that “sure thing” turns out to be not so certain.

There are no Notes this month.