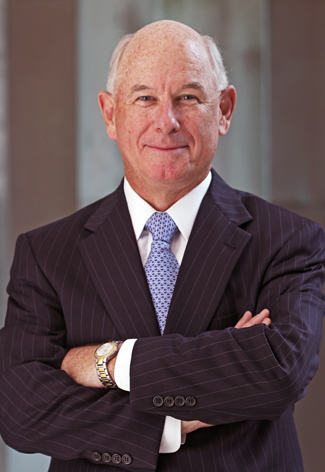 “The United States is most effective when we lead by example. And this was a case where, whether or not our actions were legal, they weren’t smart,” former U.S. Assistant Secretary of State for Public Affairs Philip J. (P.J.) Crowley recently told The Washington Diplomat. He was speaking about the ongoing saga that led to his departure in 2011 as spokesman for the State Department, the saga of Private Bradley Manning versus the United States military.

A few days before our conversation, Manning pled guilty to providing the anti-secrecy group WikiLeaks with hundreds of thousands of battlefield plans, State Department cables and other files in the biggest leak of classified information in American history.

Despite the voluntary guilty plea on 10 charges, Pfc. Manning still faces more serious charges that carry a sentence of life without parole. To his detractors, the Army intelligence analyst compromised national security and endangered American diplomacy. To his supporters, he’s a persecuted whistleblower who sparked an overdue debate about U.S. foreign policy — and who’s been subject to harsh treatment disproportionate to his crime, including long bouts of solitary confinement.

Crowley, a 26-year veteran of the Air Force, chuckled when asked if he stands by the comments — that Manning’s treatment was “stupid” — that led to his sacking. “Of course,” he stood by them because “the Bradley Manning case was a perfect example of” the United States needing to “recognize what we communicate. The last thing that the United States needed was another issue involving the U.S. military and detention policy,” Crowley said with the conviction that first led him to government service.

“I walked into a government in 1973 that was unable or unwilling to communicate with its own people and people overseas. We’re better than we were 40 years ago, but we’re not as good as we need to be,” he said. When told that this sounded like a good argument for his return to government, Crowley just wrinkled his eyes and smiled. His last act at the State Department may not be written, but he’s right at home as a deliberate, loquacious professor at George Washington University.

Crowley hails from Needham, a quiet suburb of Boston, and his accent still shows a bit. He joined the Air Force 20 days after graduating college amid the national reckoning that was the Vietnam War. “The most influential element of my college experience was the turbulence that the Vietnam War caused on college campuses at that time,” Crowley said.

Into that chasm between military and civilian life Crowley stepped in 1973. He said he “could see right away that a challenge for anyone who was going to make the military a career and be a strategic communicator is, how do you find a way to repair that breach?”

The Vietnam War was a Rorschach test for a generation of American leaders. Former Vice President Dick Cheney thought the war was lost because Congress undercut executive power. Sen. John McCain (R-Ariz.) came to define American values by what he saw as their opposite in his torture at a Vietnamese prison camp. P.J. Crowley learned, among other things, that one of the biggest mistakes a government can make is to not be forthright with its people. And so, years later, at the State Department podium, Crowley made it his personal mission to “tell the people as much as you can about what’s happening” behind government doors.

Crowley is quite familiar with what’s behind those doors, both on the civilian and military side. He is a veteran of the 1990-91 Gulf War and worked with the NATO secretary-general during the 1998-99 Kosovo conflict, after which he retired from the Air Force with the rank of colonel. Crowley was also a senior fellow at the Center for American Progress, with a focus on homeland security in the aftermath of the 9/11 terrorist attacks, and the 2011-12 General Omar N. Bradley Chair of Strategic Leadership at Penn State’s Dickinson School of Law.

Two of Crowley’s mentors in building a career in public affairs were fellow wordsmiths Pete Williams and Ken Bacon, spokesmen for the Department of Defense under Presidents George H.W. Bush and Bill Clinton, respectively. It was Bacon who recommended Crowley to serve as director of public affairs for Sandy Berger, President Clinton’s national security adviser from 1997 to 2001. This stint made Crowley a natural addition to Hillary Clinton’s team when her former political rival, President Obama, tapped her to be secretary of state in 2009.

“It took a little while for the stresses and strains and bruises from the campaign to heal,” Crowley said. “They eventually did.”

The staffs of the Obama and Clinton camps were more bitter about reconciling than the former candidates themselves, as the two indicated in a recent interview with CBS’s “60 Minutes.” And while President Obama and Hillary Clinton may now have a genuine friendship, there was at least one high-profile casualty of their campaign tension.

“We were all devoted to Richard and he was not treated well. The secretary [of state] had to protect him more than once,” Crowley said of the late Richard Holbrooke, a hard-charging diplomat and close friend of Hillary Clinton whom Obama enlisted to broker a political resolution to the Afghan war. According to Crowley, the president never seemed to trust Holbrooke, repeatedly cutting him out of high-level meetings. Holbrooke was a “force of nature, and our policy [in Afghanistan] lost some momentum when we lost him,” he said.

As State Department spokesman, Crowley was often tasked with briefing the irrepressible diplomat. One day in the briefing room, Holbrooke singled out an issue he was certain reporters would bring up. Crowley assured him they wouldn’t. Holbrooke bet him a dollar they would. He then took the podium and gave an open-ended talk about the issue in a way that made it impossible for the press not to ask a question. When the press took the bait, Holbrooke turned to Crowley and said, “You owe me a dollar.”

Crowley was State Department spokesman at the height of the WikiLeaks scandal. Today, he’s on the other side of the media coin, appearing as a national security commentator on TV networks such as Al Jazeera English and the BBC, along with penning a regular column for the Daily Beast.

At the moment, the airwaves in Washington are thick with chatter about the domestic political consequences of “the sequester,” the automatic spending cuts of $85 billion that took effect March 1 because Congress could not reach a deal to trim the federal deficit. But more pundits have their eyes on how the perpetual fiscal impasses are playing in quaint congressional districts than with America’s allies and adversaries abroad.

“One of the pillars of our foreign policy is to be able to go to other governments, particularly struggling governments, and say, ‘You guys have to make difficult decisions, work together, solve problems, rise above your petty politics,'” Crowley said. “And we can only be credible and deliver that message if we are leading by example.”

The sequester is not only bad press overseas, it’s also “likely to exacerbate the imbalance between the military component and the diplomatic component for the foreseeable future,” Crowley opined. “If you’re whacking $45 billion out of a defense budget, you’re whacking some fat, but with a tight budget like the diplomatic budget, you’re hitting more muscle,” he said. (Pentagon spending, including the Afghan war, comes to roughly $600 billion a year, while the entire foreign affairs budget is about one-tenth of that.)

Crowley’s belief that just military force should be complemented by powerful and delicate words that communicate the strength of that force has been a constant throughout his career. It is what he teaches in his course on public diplomacy at George Washington University. And if there is one thing that Crowley wants to impress upon his students, some of them future diplomats and strategic communicators like him, it is that diplomacy is increasingly conducted not in smoke-filled rooms but out in the open, in front of a larger and more participatory audience.

“In some cases, there’s an impulse within government today, particularly [an] impulse since 9/11, to communicate less,” he said. “My argument, because of the global media environment, is we’re going to have to communicate more.”

He opened his laptop to reveal a map of the most active Twitter users on the subject of Egyptian President Hosni Mubarak’s fall in February 2011. “That network is waiting for us,” Crowley said, pointing at the screen. “We can try to put a fence around that network or we can try to engage that network. I think we’re going to be far more effective in … having our actions be seen as appropriate and legitimate if we engage that network.”

Crowley himself has a robust Twitter presence, with more than 52,000 followers keeping up with his candid tweets. Among his recent musings: “The crazy comments in #Kabul reflect the simple fact the U.S. has been in #Afghanistan too long and #Karzai has been in office too long,” and “‘Dennis Rodman: I ate a lot of pig in North Korea…’ He obviously swallowed a lot of it as well.”

Crowley wouldn’t have it any other way than to be competing in the contested space of billions of tweets. He says greater openness allows nations to reveal their true colors, and with WikiLeaks testing that openness like never before, he is comfortable with how he handled himself behind the podium in Washingon.