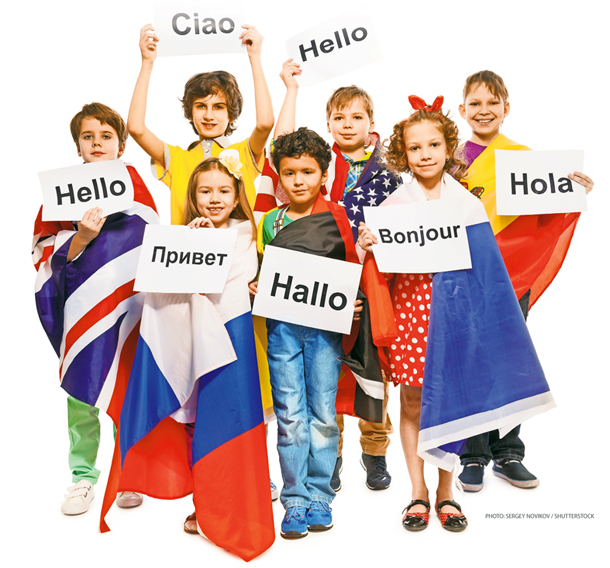 Imagine if students didn’t learn math until late middle school. They’d be starting from scratch, pre-times tables and long division. The majority would probably never make it past algebra, let alone pre-calculus or geometry. Greek mathematician Pythagoras might roll over in his grave knowing that his triangle theorem was being lost.

In most states, that’s the case for foreign language education.

“I think we’d have a revolution on our hands,” said Martha Abbott, executive director for the American Council on the Teaching of Foreign Languages (ACTFL), referring to how parents might respond if schools treated math the way they treat languages.

Foreign language education standards are in need of a major update in a country that should be promoting bilingualism, Abbott and a panel of professionals said at a June event hosted by the Council on Foreign Relations (CFR) that examined the link between foreign languages and U.S. national security.

From a global perspective, Americans lag far behind in language learning. Children in most other countries have started learning a second language by the age of 11, Abbott said.

Countless studies show that multilingualism is full of intellectual benefits, in addition to a multitude of professional and social advantages. American culture, however, has largely tuned out those benefits by not putting a priority on early language learning. Abbott said this “national mentality” in part stems from the assumption that the rest of the world speaks English, even though she pointed out that about 75 percent of the world does not.

Abbott said this mentality also infects immigrants who already speak a foreign tongue, particularly third-generation immigrants who typically forget the language of their homelands. “So one of the important aspects that we need to do as a country is help the heritage speakers … understand and their parents understand that that’s a real asset,” she said.

Abbott says she’s seen a shift in attitudes as more parents and educators realize the important role bilingualism plays in helping young people — starting at the elementary-school level — compete and adjust to an interconnected, global economy.

Various factors have shaped the American public’s perception that bilingualism isn’t a priority compared to other academic subjects. One is that many parents and students don’t realize the career opportunities that come with knowing a foreign language, Abbott said. Positions in foreign relations and any business that works in the international arena often require candidates with professional fluency in foreign languages.

Abbott said that a national opinion poll ACTFL conducted “found that, in general, parents thought learning another language equated with success, but they were generally unaware, and the students also, about the tight connection with career opportunities and job opportunities.”

She also noted that many companies aren’t advertising for bilingual candidates because they don’t think they will find anyone eligible.

“We also know that a lot of business doesn’t get done at the board table,” she added. “It gets done through building relationships. And I think that’s another reason why our country needs to really expand its language capabilities.”

“Maybe there’s some resentment and jealousy, thinking, ‘Oh, he’s trying to show off and show that he’s so smart because he knows another language,’” Abbott said. “There’s still that mentality.”

An audience member at the CFR discussion also pointed out that young immigrants, the so-called “1.5 generation,” are eager to assimilate into American culture and often leave behind their heritage language in the process. There’s also enormous societal pressure in the U.S. for immigrants to learn and only speak English in public.

As a result, each subsequent generation loses the connection to their native language. For example, a 2009 Pew Research Center study found that 84 percent of first-generation Latin American immigrants encouraged their children to speak Spanish, while only 33 percent of third-generation immigrants did the same.

Abbott said that promoting bilingualism not only means encouraging native English speakers to learn something new, but also prodding foreigners to retain their native tongue.

In March, Abbott and ACTFL launched a campaign called Lead with Languages, which emphasizes the importance of both language retention for heritage speakers and the value of a second language for native English speakers.

Bilingualism needs to be considered the new American norm just as it is in nearly every other Anglophone country, Abbott said.

Peer pressure is often an effective strategy for making that happen. “I think when one district has an elementary language program, I think parents need to put pressure on the neighboring district [to do the same],” she said. “That happens at the state level as well. Both Utah and Delaware … pumped a lot of money into elementary language programs because they wanted to grow a multilingual citizenry.”

Beginning foreign language education in elementary school is one remedy, so that students become proficient by the time they reach high school and what they learn actually sticks with them after years of study. 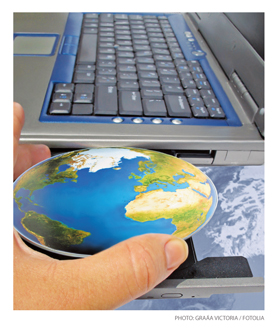 “You’ll find a lot of older Americans will say, ‘Oh, I took, you know, four years of French or German or Spanish and I can’t speak it,’” Abbott said. “And that’s one reason why we’re trying to change the way we’re teaching languages so that it’s much more focused on developing students’ communicative ability.”

Investing in resources is another remedy. Abbott pointed out that nearly every state indicated a shortage of instructors qualified to teach foreign languages in their reports to the Department of Education from the most recent school year. One way to address this problem, she suggested, is to encourage bilingual immigrants and high school students to pursue language teaching careers.

Yet the issue of encouraging immigrants to take pride in, and not forget, their native languages is a politically controversial one. Amid an anti-immigrant backlash that helped propel Donald Trump to the White House, many Republicans argue that the priority needs to be on teaching foreigners who want to live in the U.S. to speak English.

But there are efforts underway to focus on both English learning and preserving native tongues. Often called transitional bilingual or maintenance bilingual programs, these curriculums teach non-English speakers in a bilingual structure so that they grow fluent in English and maintain skills in their native language.

These programs aren’t universally liked, but schools might be heading toward implementing them more widely. Massachusetts, for example, is pushing legislation that could bring back bilingual programs after outlawing them for 15 years.

Esther Brimmer, executive director and CEO of NAFSA, a nonprofit association of international educators, said that despite the politically turbulent climate, there is support for promoting language learning on both sides of the aisle.

For instance, 26 state legislatures have added a “Seal of Biliteracy” to high school seniors’ transcripts to indicate proficiency in at least two languages. Many of the politicians who supported that measure were conservative.

Status in the DMV

How does the D.C. area measure up to the rest of the country when it comes to language education? Pretty well, according to Abbott.

Public schools in D.C. and Maryland’s Montgomery County have a two-credit world language requirement for high school graduation, as do Virginia students graduating with an advanced studies degree. D.C., Maryland, and Virginia also have all adopted the Seal of Biliteracy.

D.C. Public Schools and Arlington Public Schools in Virginia have been particularly proactive with starting language education early. During the last school year, 11 D.C. public schools had dual-language programs, eight of which were offered at the elementary level. The entire District also requires that elementary schools provide students with at least 45 minutes of foreign language instruction each week. Meanwhile, all 23 elementary public schools in Arlington offer foreign language instruction.

“I would say that the students in the DMV probably have more of an opportunity to learn another language than other kids around the country,” Abbott said.

No language instruction in the classroom quite compares to living in the city where that language is spoken, however. That’s why Brimmer emphasized the importance of study abroad programs for strengthening language skills. She noted that it’s another area that enjoys bipartisan support.

The Senator Paul Simon Study Abroad Program Act, which was reintroduced in March, would allow institutions to apply for federal grants to support study abroad programs and encourage greater diversity among the U.S. students who study abroad.

“It actually is saying that the ability to study abroad, which helps with immersion and really learning a language to a high level of competency, is an important skill for the United States,” Brimmer said.

Only about 10 percent of U.S. undergraduate students studied abroad in the 2014-15 school year, according to NAFSA. Over 70 percent of those students were white. Expanding opportunities and diversifying participation is a priority in the bill.

Expanding the number of Americans who speak a second language is not only gaining traction in schools and the halls of Congress, it’s also considered a national security imperative among many government agencies.

The Defense Language and National Security Education Office within the Department of Defense, for example, aims to develop American expertise in foreign languages and cultures critical to U.S. national security. Many of the programs prepare university students specifically for government service, often focusing on “critical languages” such as Arabic and Mandarin. Some even teach region-specific languages, like Wolof in Senegal.

“When we’re engaging, regardless of mission, whether it’s a natural disaster in Haiti or any kind of thing, DoD tends to be the first on the ground with equipment and other things,” Michael Nugent, the office’s director, said at the CFR panel. “By having those language capabilities and having regional experts in those areas trained in advance to work those regions, we do much better in meeting mission, but we also do much better in developing partnerships.”

Brimmer added that multilingualism helps in other arenas of public service. She noted that at the U.N. Security Council, for example, “the issues that come up are usually crises in places that are ungoverned spaces. These are not places that are capitals where people speak English or speak even French or global languages…. And they could be at any region of the world at very short notice,” she said.

Similarly, many humanitarian crises are “usually in places when you have complex issues where the language of discussion, again, is not a global language. And the United States needs to be able to understand in depth what’s going on in these areas of crisis in order to address them from a foreign policy point of view.”

Brimmer also said that language proficiency is just as much of an asset in the private sector. She cited a 2014 study by the University of Hawaii and University of Missouri that surveyed 800 business leaders. “And what came out of it is there was 83 percent of them who said we need a more internationally competent staff, and 40 percent said there were business opportunities they lost because their staff did not have adequate international competencies. That’s just a snapshot.”

Abbott said it’s vital to share those snapshots with parents and educators to expand the conversation on language and its importance to future success, both individually and as a nation.

“It’s just really an opportune time to build awareness and let students and parents know that this is an important ability for the 21st century,” she said.

Teri West is an editorial intern for The Washington Diplomat.