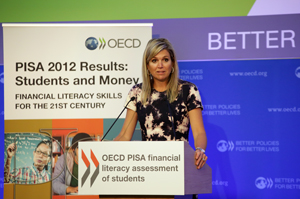 When it comes to helping students compete in a fast-changing world, STEM (science, technology, engineering and math) studies have become the watchword in 21st-century education. While these academic disciplines are key to getting ahead, old-fashioned money skills are still just as important. A software engineer may be able to read computer code, for example, but success also depends on whether he can read a checkbook.

Queen Máxima of the Netherlands, the U.N. secretary-general’s special advocate for inclusive finance for development, speaks at the launch of the Organization for Economic Cooperation and Development’s PISA financial literacy assessment of students around the world.

In the first large-scale study of its kind, the Organization for Economic Cooperation and Development (OECD) measured financial literacy among 15-year-old students in 18 countries as part of its PISA (Programme for International Student Assessment) global education rankings. The study, “Students and Money – Financial Literacy Skills for the 21st Century,” surveyed knowledge of money management such as understanding credit card and bank statements and paying the mortgage. It dovetailed with PISA’s mission to help students apply what they learn in the classroom to the real world.

In all, 29,000 students took the two-hour paper test on financial acumen, mathematics and reading, which asked about everyday dilemmas that many young people encounter: For example, if you go to the movies, will you have enough money to get home? If you buy a car, will you have enough left over for insurance and gas? What are the long-term costs of a college loan?

The results were released in Paris in July and weren’t terribly encouraging. Around one in seven students in the OECD countries was not able to make even simple decisions about everyday spending, while only one in 10 could solve complex financial tasks (such as grasping the implications of income tax brackets) — despite the growing demand of such skills in a globalized economy.

Gurría was joined at the report launch by Queen Máxima of the Netherlands, who applauded the countries that participated in the financial literacy project and said the results should be a “wake-up call” to governments around the world.

Gurría noted that more than 50 countries have a national strategy for financial education (compared to only 10 in 2008). “Some governments have started developing strategies and policies so that people have the skills they need throughout their lives,” he said. “More need to move this up the policy agenda so that citizens are prepared for an ever-more complicated financial world.”

Some countries are more prepared than others, according to PISA. The Shanghai-China school system had the highest financial literacy score, while the Flemish community of Belgium, Estonia, Australia, New Zealand, Czech Republic, Poland and Latvia scored above average. But the U.S. ranking was barely average and not far from the slightly lower scores of Russia, France, Slovenia, Spain and Croatia. Rounding out the bottom were Israel, Slovakia, Italy and Colombia in last place.

Since 2000, PISA has been offering exams to 15-year-olds every three years in reading, math, science, problem solving and, starting with the latest testing round in 2012, money management. Nearly 70 education systems around the world took part in the 2012 testing and 18 of them participated in the financial literacy segment.

PISA’s proclamations confer legitimacy, or shame, on national school systems, affect policies at the highest levels of government and influence thousands of classrooms around the world. In a study of 37 countries that had taken part in PISA testing, 30 reported it led to changes in their nation’s education practices.

But that far-reaching impact has come under scrutiny — most recently by a group of academics from the universities of London, Oxford, Cambridge, Stanford, Columbia and the State University of New York.

In May, The Guardian newspaper in London published a letter by the group that castigated PISA for, among other things: creating an obsession with national horserace rankings; focusing too much on “gainful employment” and “short-term fixes”; promoting scripted lessons; reducing teacher autonomy; ginning up the use of standardized tests; and “dangerously narrowing our collective imagination regarding what education is and ought to be about.” 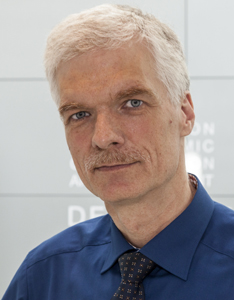 But Andreas Schleicher, a German statistician and researcher who was the brainchild behind PISA, says the program forces countries to confront and improve their weaknesses.

In an OECD essay last year titled “are the Chinese cheating in PISA or are we cheating ourselves?,” Schleicher defended the international rankings (and tried to debunk claims that China cheats to get to the top of those rankings).

“International comparisons are never easy and they are never perfect” — but they work, he wrote. “In mathematics, countries like Brazil, Turkey, Mexico or Tunisia rose from the bottom; Italy, Portugal and the Russian Federation have advanced to the average of the industrialized world or close to it; Germany and Poland rose from average to good, and Shanghai and Singapore have moved from good to great,” he pointed out.

“Indeed, of the 65 participating countries, 45 saw improvement in at least one subject area. These countries didn’t change their culture, or the composition of their population, nor did they fire their teachers. They changed their education policies and practices.”

Kim Dockery, the new chief academic officer for Fairfax County Public Schools in Virginia, told us that her school district has benefited from participating in PISA, praising the analysis and advice in the reports as “some of the richest information” she’d seen as an educator.

She noted that at Chantilly High School, PISA helped administrators and teachers develop new strategies that in the space of a single year bumped up test scores in reading and math. Dockery told us they were particularly proud of creating “deeper levels of critical thinking and reading.”

PISA proponents say that’s because the tests are nuanced and not limited to numbers or simple yes-or-no questions, emphasizing real-life problem-solving skills with a mix of open-ended and multiple-choice questions.

For example, one PISA problem shown on a computer screen involves a little round robot that bumps into things, an animation that repeats itself over and over again. Test takers are asked to predict what the robot will likely do next by observing its behavior.

PISA also considers socio-economic factors, such as gender gaps and different levels of wealth. For example, the financial literacy report found that financial competency was worse in students with parents who had lower levels of education, lower household earnings or immigrant status. Thus, PISA advocates say the tests take into account individual circumstances while still providing a general overview of how countries stack up against one another.

In her Fairfax district, Dockery said teachers and administrators can create PISA-type analyses of their own, comparing one school to another or measuring achievements against a U.S. national yardstick.

She noted though that PISA scores don’t dictate curriculum in Fairfax schools — state assessments are more important — but they are a valuable part of developing, planning and assessing a school’s “portfolio.” 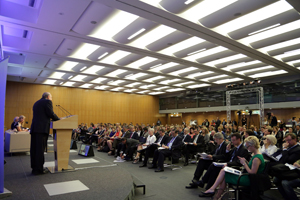 Angel Gurría, secretary-general of the Organization for Economic Cooperation and Development, speaks in Paris at the launch of the report “Students and Money – Financial Literacy Skills for the 21st Century.”

Dockery is involved in a similar process taking place at the state level. A recently passed Virginia law called for the creation of a “learning innovation” committee to explore school testing reform. Although it’s too soon to predict what the committee will do, Dockery, who serves on the committee, said the PISA program will almost certainly be “part of the conversation.”

Dockery cited another Fairfax County Public Schools initiative called Portrait of a Graduate that tries to identify what students need to be prepared for the future. The program mirrors the PISA approach that stresses real-world skills — whether it’s landing the perfect job or coping with a job loss. The Fairfax County task force pulled together a group of about 75 business leaders, parents and others in the community to create a picture of an “ideal” local graduate in 2027, Dockery said.

“The group wanted that graduate to be a self manager, creative, someone who can think for himself or herself,” Dockery explained. And they wanted students to be prepared for “good jobs we don’t know about, jobs that don’t exist yet.”

“Financial literacy empowers citizens by supporting their successful participation in modern societies while strengthening their financial wellbeing,” he said at the Paris report launch. “Yet until today, very limited national data and certainly no comparable international evidence were available on the financial literacy of students about to finish compulsory schooling. These latest PISA results are therefore filling a major gap in our knowledge about financial literacy.”