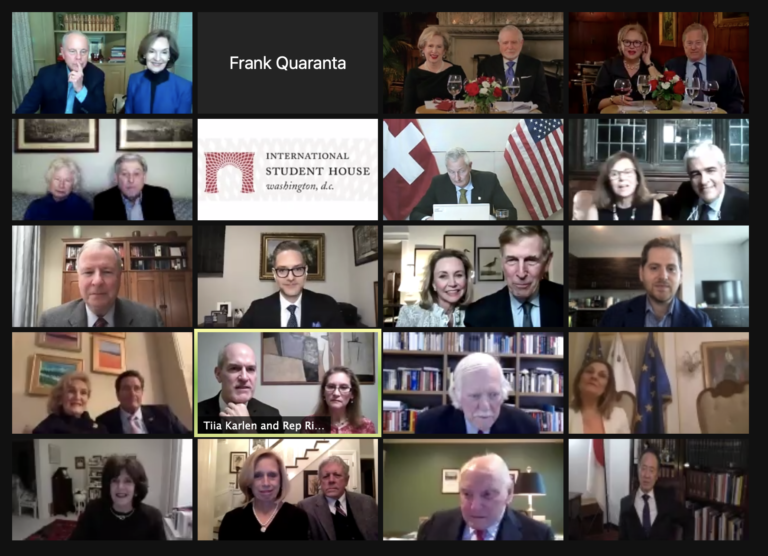 Among those hosting the event were diplomatic chairs Domingo Fezas Vital, Portugal’s ambassador to the United States, and his wife, Isabel Vital, along with co-chairs James Blanchard, who was governor of Michigan and then US envoy to Canada from 1993 to 1996, and his wife Janet Blanchard, and Lisa Barry and James Gale.

ISH-DC, which houses about 300 students a year, is one of 17 affiliates of International Houses Worldwide; collectively, they draw in a yearly total of 8,400 students. UNESCO reports that roughly 5.3 million people studied abroad in 2019, with just over a million of those students enrolled in American schools.

ISH-DC was established in 1936 by a small group of Quakers as a residence for foreign black students attending colleges and universities in the District. At that time, said Abernethy, chairman of American Standard Development Co., segregation was still legal and prevalent in the nation’s capital. Tyrants like Adolf Hitler and Benito Mussolini were already in power and had begun propagating harmful, racist rhetoric.

In the decades since its creation, ISH-DC has hosted more than 15,000 students from over 140 countries; many became prime ministers, ambassadors, journalists and academics. Last year, it exceeded its $200,000 fundraising goal by nearly $20,000.

ISH-DC’s founders “had a strong conviction that bringing together young people from around the world would contribute to international peace and understanding,” said board president Eric Melby, adding that this conviction is “as relevant and important today as it was then.”

Added Rep. Beyer: “It’s in the very best interests of world peace to bring as many international students to America as possible, and to send as many of our kids and young adults overseas.”

“There are very few problems we can solve by ourselves,” he said later that evening. “To make the world a safer place, a better place requires lots and lots of collaboration. Those collaborations begin best at a younger age.”

Before his election to the House, Beyer was US ambassador to Switzerland and Liechtenstein. His wife of nearly 34 years, Megan Beyer, said programs like ISH-DC foster “soft diplomacy”—the idea of solving international dilemmas through cooperation rather than coercion.

In 2016, Megan Beyer led a US cultural delegation to Cuba, as part of a larger attempt to thaw bilateral relations during the Obama administration.