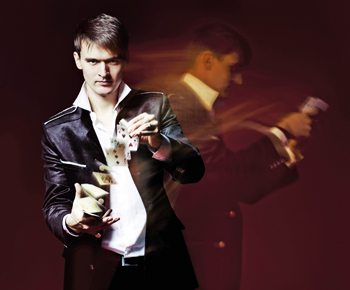 “Presto” by magician Meelis Kubo from Estonia is among the 200 European-themed events in the Kids Euro Festival.

If you’ve been wishing to take the kids to Europe but the economy is holding you back, the Kids Euro Festival may be just the ticket for a family excursion — with no passport required.

The citywide celebration, taking place from Oct. 17 through Nov. 13, is the largest performing arts festival for children in the country. The annual festival is made specifically for children ages 2 to 12 and boasts more than 200 European-themed events that are not only family-friendly, but also friendly on the wallet — because they’re all free.

Kids can experience European culture through a series of performances in puppetry, dance, music, storytelling, theater and more. The events take place not only at the embassies of European Union member states in Washington, but also at various venues throughout the area, including local schools and workshops at each of the 25 D.C. Public Library branches and most of the Prince George’s County Memorial Library locations, as well as the Library of Congress, Children’s National Medical Center and the National Children’s Museum. 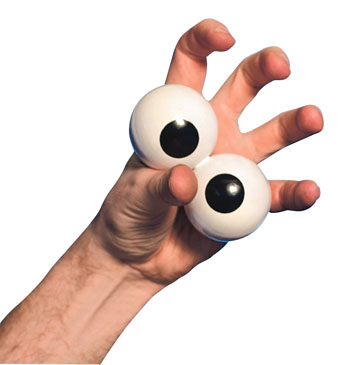 Hand puppetry by Leo Peterson of the Netherlands

Marie-Hélène Renaud Zavala, project manager for the festival, helped launched the event in 2008. The cultural initiative was designed to coincide with the French presidency of the European Union that year. Five years later, the French Embassy, along with fellow EU members, have continued a partnership that now includes nearly 30 American cultural institutions, such as the Smithsonian Associates, Washington Performing Arts Society and D.C. Arts and Humanities Education Collaborative, all of whom team up to transform the nation’s capital into a European playground.

“We thought it would be great to show Europe to American children,” Zavala said.

“This is an effort that not only enhances cultural relations but also benefits our community as a whole,” said Susan Lehrman, a well-known philanthropist in the D.C. area who was first approached about getting involved with the festival by Roland Celette, longtime cultural attaché of the French Embassy, and Kimberley Heatherington, director of operations and development for the French-American Cultural Foundation. 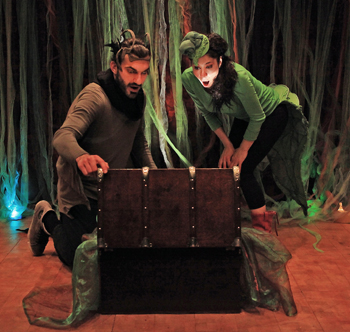 Lehrman has served as chairwoman of the Washington National Opera’s annual Opera Ball and is founder and advisory chair of American University’s Initiative for Russian Culture.

“I strongly believe that, especially in today’s world, there is nothing more important than reaching the hearts and minds of our young people,” she said. “The impressions we receive at an early age can be lifelong and often will affect our views regarding others — both people and nations.”

Cyprus, who holds the EU presidency until the end of this year, will be bringing a touch of its own cultural flair to the festival with a workshop on Alexander the Great.

“Our motto for this marvelous festival is ‘toward a better and peaceful world for our kids,'” said Cypriot Ambassador Pavlos Anastasiades. “We want to see a better Europe, true to its high ideals and capable of facing more effectively the global challenges of today and tomorrow.”

A Europe that is closer to its neighbors and global partners, Anastasiades added, makes their world more hospitable and offers more to its children.

Zavala noted that all 27 members of the European Union are participating in the festival. “Artists from all 27 countries will be coming from abroad,” she said. 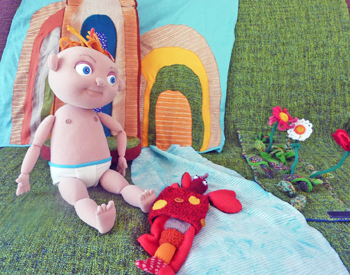 “We work on this festival eight months in advance, starting in February and March, so it’s almost all-year planning for us,” Zavala explained. “You have to reserve spots in venues and bringing in artists takes time.”

According to Zavala, with events taking place at venues such as the Kennedy Center, Shakespeare Theatre and Strathmore, the draw of these prestigious spaces has helped to double the number performances in the past five years. Likewise, the total number of attendees for both public and school performances reached nearly 25,000 last year, an increase of 44 percent since the festival’s inception.

With only a small team of three, though, Zavala is not necessarily trying to make the festival grow. Instead, they “just plan to expand the number of activities” as the years progress.

“This year we will have four artists-in-residence,” she noted. “They stay here for a week and it’s an expensive project but worth it.”

“The various presentations will offer the opportunity for a unique sampling of European culture for an entire month and act as a vibrant transatlantic cultural bridge that brings Europe to the national capital,” Anastasiades said.

from Oct. 17 to Nov. 13
throughout the city
Activities are free but some require reservations.
For more information, please visit www.kidseurofestival.org, or follow updates on Facebook at www.facebook.com/KidsEuroFestival or on Twitter at @KidsEuroFest.