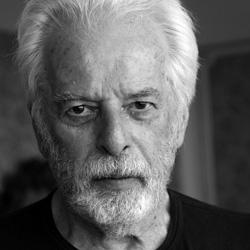 Renowned surrealist Chilean-French filmmaker Alejandro Jodorowsky gave one of the most highly anticipated keynote addresses at South By Southwest.

The sheer scope of South By Southwest (SXSW), an annual extravaganza of music, film, technology and all-around creativity, is hard to describe and impossible to comprehensively distill. From March 7 to 16, the behemoth multidisciplinary festival and conference took over downtown Austin, Texas, with thousands of artists, experts, VIPs and wannabes spread out over more than 800 events.

SXSW has evolved from a music and cultural festival to a launching pad for innovation, attracting everyone from hipster pilgrims to tech startup entrepreneurs to veteran directors — many of whose films are making their way to D.C.-area screens this month.

Renowned surrealist Chilean-French filmmaker Alejandro Jodorowsky (“El Topo,” “The Holy Mountain”), still going strong at 85, gave one of the most highly anticipated keynote addresses at SXSW Film. The festival presented the American premiere of his latest film, “The Dance of Reality,” which documents his childhood as a displaced Ukrainian Jew in Chile and opens May 30 at Landmark’s E Street Cinema in D.C. “Jodorowsky’s Dune,” Frank Pavich’s revealing documentary about the cult director’s ambitious but failed attempt to adapt Frank Herbert’s classic science fiction novel “Dune” into a motion picture, opens May 2 at Landmark’s E Street Cinema.

Many of the films at SXSW embodied the festival’s cross-disciplinary fusion of cinema, art, technology and social issues. The beautiful visual poem “Yakona” created a dreamy journey down the San Marcos River in Texas. Surprisingly on a Tuesday morning, over 1,000 guests packed the film’s world premiere in the Paramount Theatre. Afterward, one of my SXSW highlights was a special treat for invited press and guests to the San Marcos River itself, a pleasant, relaxing break from the urban madness of SXSW. 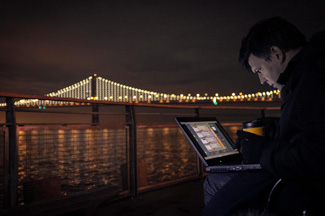 The SXSW participation of legendary hip-hop artist and media entrepreneur Nas provided a perfect illustration of SXSW’s stated convergence between “music, interactive and film.” At SXSW Interactive, Nas interviewed Ben Horowitz, co-founder of the famous Silicon Valley venture capital firm Andreessen Horowitz and former CEO of cloud-computing startup Loudcloud. At a later concert, Nas performed a selection of songs from his classic 1994 debut album “Illmatic” to promote the documentary “Time Is Illmatic,” which follows Nas’s breakthrough album and was honored as the recent opening night film at the Tribeca Film Festival.

It also promoted the documentary “Spent: Looking for Change,” which follows the stories of everyday Americans who earn, save and spend money but don’t have access to some of the financial tools many of us take for granted, often turning to predatory services to make ends meet. 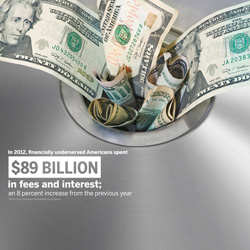 “Spent: Looking for Change” follows everyday Americans who earn, save and spend money but don’t have access to common financial tools.

“Not having a bank account makes it incredibly difficult to manage your day-to-day finances,” said “Spent” executive producer Davis Guggenheim (Oscar winner for “An Inconvenient Truth” and “Waiting for Superman”). “It often means you can’t establish credit, and therefore you can’t buy a home, finance a car, or take out a student loan. Multiply that by tens of millions of people and you can start to see how it’s possible that entire communities in the U.S. are systemically excluded from economic freedom that most of us take for granted. My hope is this film will shed light on this important issue and inspire everyone to work toward finding better solutions at a time when new technologies are opening up new possibilities to help fix this issue.”

SXSW often latches onto the latest headline-generating issues, and this year it made headlines of its own by hosting — albeit remotely via video link — two of the most infamous leakers of government secrets in modern times: WikiLeaks founder Julian Assange (currently holed up in the Ecuadorean Embassy in London for fear of U.S. extradition) and former NSA contractor Edward Snowden (granted temporary asylum by Russia).

Author and essayist Bruce Sterling, who made his annual closing remarks to SXSW Interactive, pointed out the different technologies used by the people who weren’t physically at the festival, but whose presence was strongly felt.

“Out in the Ecuadorian library [is] our Mr. Assange, on a scratchy and blurry connection, with the sound dropping out periodically, while somebody holds up a cheap webcam and kind of scans the audience. And he’s like rambling on and ranting at the assembled masses,” Sterling said.

“And then there was Snowden. Snowden was almost here, except on Google Hangout — a lot better connectivity, kind of smoother, more professional … short, purposeful, to-the-point sentences, meaningful, no rambling, super-organized guy.

“So there was the kind of homemade net connection that Assange was on, then there was this sleek, high-tech Google thing that Snowden was using, and then there’s some congressman from Kansas [Rep. Mike Pompeo, a Republican] who sends an open letter [criticizing the virtual appearances by Assange and Snowden],” Sterling told the packed audience, laughing at the decidedly non-high-tech means of communications. “I mean, at least he puts it on a website, but really it’s a letter. He doesn’t show up himself. But he’s just sending his shot across the bow there.”

And in that way, Sterling and SXSW sent their shot across the bow to the establishment that times are changing.