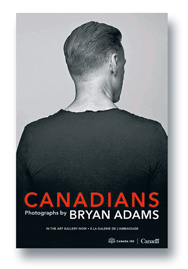 In the 1980s, breakout hits like “Summer of ’69” put him on the rock music radar, and his worldwide 1991 blockbuster “(Everything I Do) I Do It for You” cemented his status as an award-winner singer and songwriter. But Bryan Adams is an artist in more ways than one, with a second high-profile career in photography, examples of which are now on display at the Canadian Embassy.

The exhibit is in the U.S. for the first time, after spending two weeks in Toronto. Although best known for his music, Adams is also an award-winning photographer whose work has been showcased in Harper’s Bazaar, Esquire and Vanity Fair. His photography has also been displayed in galleries worldwide since 1999. Adams began his photography passion as a way to relax and disconnect after his concerts.

The 29 portraits at the embassy, done over the span of two decades, feature well-known men and women that multiple generations will recognize. There’s iconic singer Joni Mitchell and venerated “Sound of Music” actor Christopher Plummer. Those who grew up in the 1990s will delight in seeing singers Avril Lavigne and Nelly Furtado as part of the exhibit. Last-minute additions to add some millennial relevance include singers burning up today’s radio airwaves like The Weeknd, Shawn Mendes and Alessia Cara. There is even one Canadian who may not be recognizable, but is famous in Adams’s eyes: his mother Jane Clark. 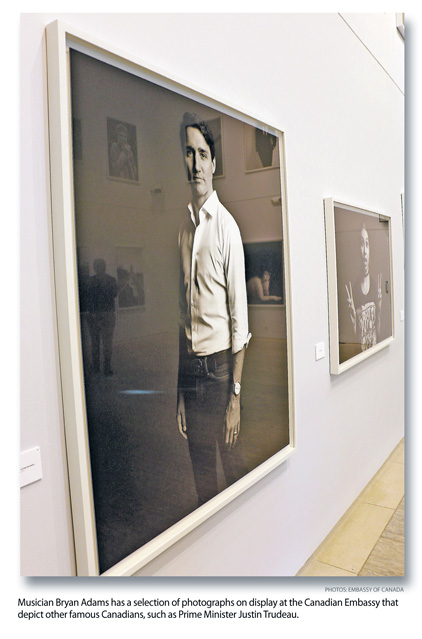 “This is my second exhibition of Canadians,” Adams said. “My first was in 1999 at the ROM, or Royal Ontario Museum, and this current exhibition is to commemorate Canada’s 150th anniversary and was great fun to put together.”

The photos in the exhibit are all in black and white, except one: singer-songwriter Jann Arden, who posed nude. The cheeky pose is well deserving of color and also fits with each personality behind the photo. Pamela Anderson’s portrait has the sultry “Baywatch” actress standing in the middle of the street, playfully wrapped in a sheet. Michael Bublé is handsome as he pensively works on music at a desk, his tie undone and a coffee cup nearby.

Perhaps the most interesting backstory in the show is how Adams scored a portrait of Queen Elizabeth II. Mat Humphrey, curator of the exhibition, said Buckingham Palace approached Adams in 2001 for a photo of the queen. He was given just 10 minutes and ended up capturing the queen sitting in a hallway, her wellies (leather rain boots) and umbrella nearby. She asked if her wellies were indeed in the photo and when Adams said they were, the queen exclaimed “Oh good!”

“Later, when the palace was reviewing photos, there is a strict rule of no domestic photos of the queen,” Humphrey recalled, explaining that the queen absolutely cannot be seen beside common household items or doing anything related to keeping a home. But when the staff showed the photo to the queen, explaining that was all they had, she told them she loved it and it was instantly approved. “Bryan is good at putting people at ease,” Humphrey said.

Perhaps the relaxed, personality-driven results of his photos are the result of his subjects knowing that Adams, too, has been on the other side of the camera. Humphrey said this sense of empathy is key to allowing his subjects to open up and feel comfortable. 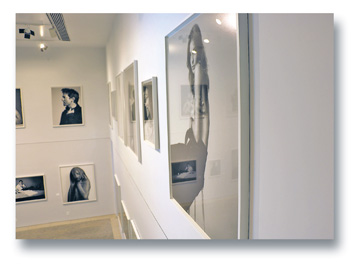 “It’s a fortunate position he has because he’s also used to being the subject matter,” Humphrey said. “He has empathy with the people he’s photographing.”

Adams says practice is also essential to getting the right shot. As far as advice for aspiring photographers, he recommends that when you think you have the best shot, take 10 more.

“I’ve always enjoyed photography, but the thing I found most surprising was perhaps how much I love the challenge to get the right photo,” Adams told us. “From the shoot itself, to spending hours editing film and choosing shots before digital arrived on the scene, then spending time in darkrooms with printers — taking the photo was the easy part.”

As for what’s next in his versatile career, Adams said he’ll continue to “stumble along” and “make photos and books, working for zoomagazine.com,” a website Adams started in 2003 that he calls “a great playground for my work.”