Home The Washington Diplomat September 2012 Op-Ed: Americans’ Future Has to Be Multilingual 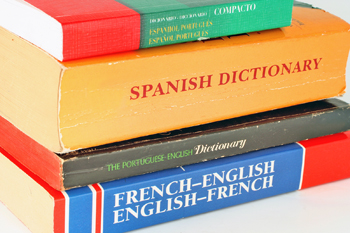 We Americans must confront a stark disadvantage we face when it comes to the global economy. Some eight in 10 Americans speak only English, and the number of schools teaching a foreign language is in decline, according to a new study by the Council on Foreign Relations. But the opposite is true among our economic competitors.

Our nation is largely monolingual but is entering an increasingly multilingual world. More than half of European Union citizens speak a language other than their mother tongue, and more than a quarter speak at least three languages. This is because additional languages are studied in European primary and secondary schools, and are taken up by European college students in much larger numbers than in the United States.

The Council on Foreign Relations-sponsored task force report, headed by former New York City Schools Chancellor Joel Klein and former Secretary of State Condoleezza Rice, concluded: “Education failure puts the United States’ future economic prosperity, global position, and physical safety at risk.” It warned that the country “will not be able to keep pace — much less lead — globally unless it moves to fix the problems it has allowed to fester for too long.”

For decades, our children were deprived of bilingual or multilingual education out of a mistaken belief that it took time away from other subjects, hindering students’ academic development. But recent research has shown that learning another language is a wise investment, rather than a waste. Research from the University of Georgia found that bilingual school children perform better on standardized tests including the Scholastic Aptitude Test (SAT) than their monolingual peers. A George Mason University study discovered that younger students who had enrolled in a second language immersion program outperformed those who did not in coursework, as well as on standardized tests, throughout their scholastic careers.

Educators now conclude that learning additional languages improves one’s ability to focus, plan and solve problems. Among other benefits, this means that such students are better able to move efficiently from one subject to another. The D.C.-based Center for Applied Linguistics has ascertained that the earlier we learn a foreign language, the greater the benefits. Moreover, these benefits can last a lifetime. Learning another language can help people stave off the effects of aging, including preventing the onset of dementia and other age-related conditions like Alzheimer’s, according to research done by University of California neuroscientists.

I believe that teaching students foreign languages in pre-kindergarten to sixth-grade classes is a worthwhile investment. Our school educates 350 students in Northeast Washington, D.C., to think, speak, read, write and learn in two languages, either English and French, or English and Spanish. 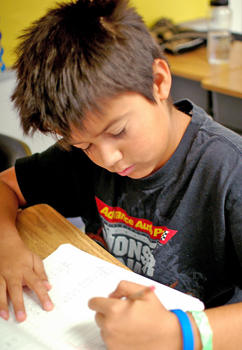 Exposure to a new language and the skills it helps develop is a key reason that our school, where 80 percent of our students come from low-income households, was ranked as high performing by D.C.’s Public Charter School Board in December. The ranking system was based on several factors, including test scores, attendance and re-enrollment rates.

The benefits of learning a new language go beyond the classroom. When students graduate, being fluent in a second language improves their career prospects. The Bureau of Labor Statistics reports that a number of emerging occupations need workers who can speak and write in more than one language. A University of Florida study revealed that in large, linguistically diverse cities such as Miami and San Antonio, the ability to speak a second language translates into more than $7,000 of increased annual income. We want our students to have access to these opportunities and more.

The economic importance of being bilingual is highlighted by the fact that 31 percent of company executives can speak at least two languages, according to international executive search firm Korn/Ferry.

Using multilingualism, we are expanding the scope of children’s learning at a time when public policy limits school accountability to math and reading. Most policymakers want their children to have global skill sets but do not encourage this in our public schools.

Other countries have learned this lesson and have made the necessary commitments to teach their students additional languages. Their students’ exposure to additional languages is paying dividends. I would like to see the U.S. Department of Education encourage local education authorities to invest in bilingual and multilingual education. Given the global competition for good jobs, this is not a luxury, but a necessity. It will help our children, and our nation, to succeed in the economy of tomorrow.

Linda Moore is founder and executive director of the Elsie Whitlow Stokes Community Freedom Public Charter School, which is located in the Brookland neighborhood of Washington, D.C.