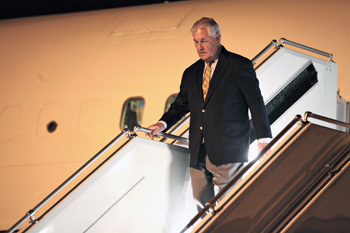 U.S. Secretary of State Rex Tillerson arrives in Bonn, Germany, on Feb 15 to participate in the G-20 Foreign Ministers’ Meeting, his first official trip as secretary of state. Tillerson has had a slow start, with many top positions in the State Department yet to be filled.

UPDATE: Since this story went to press, President Trump issued a revised executive order on March 6 that dropped Iraq from the list of seven banned countries, following the advice of Pentagon officials. Six predominantly Muslim nations — Iran, Libya, Somalia, Sudan, Syria and Yemen — remain on 90-day entry ban. The new order also exempts current visa holders and permanent residents and does not make note of offering preferential status to persecuted minorities such as Christians. Also dropped was the indefinite ban on Syrian refugees. They will now be included in the blanket 120-suspension of all refugees. In addition, the order lays out criteria for case-by-case waivers for those with study, work or family obligations. The order keeps Trump’s initial pledge to accept no more than 50,000 refugees in a year, down from the 110,000 cap set by the Obama administration.

Some 1,000 employees at the Department of State are said to have signed a formal memo sent through the “Dissent Channel” in late January, opposing President Donald Trump’s executive order suspending the admission of all refugees for 120 days, blocking Syrian refugee admissions indefinitely, prohibiting for 90 days all other travelers (diplomats excluded) from seven Muslim-majority nations and other immigration-related issues.

What is the Dissent Channel those State employees used? What effect if any will the memo have on policy? What does the memo say to the new Secretary of State Rex Tillerson about the organization he now heads, and what will he do about it?

What the State Department calls the Dissent Channel is unique inside the American government. Created in 1971 during the Vietnam War, the system allows Foreign Service Officers to express their disagreement with U.S. policy directly to senior leaders. The secretary of state is obliged to read and through his staff respond to all Dissent Channel messages, normally within 30 to 60 days. Persons using the channel are fully protected against retaliation. Dissent messages are intended to foster internal dialogue within the State Department and are never intended for the public.

The issues surrounding the most recent dissent memo begin where that previous sentence ends.

What was once understood as a way to foster internal dialogue is in this case playing out more like an online petition. Multiple versions of the memo circulated within the State Department globally, with persons adding their signatures and making edits as they opened their emails. Someone (no one seems to know exactly who) later allegedly melded the multiple versions into the one that was submitted, meaning some signers did not see the final text until it was leaked.

That leak changed everything, making the exercise less an expression of policy dissent than an anonymous press release sent out from a bureaucratic safe place. The intent in going public seems to be a combination of whining about, provoking and embarrassing the administration. It is unclear if the decision to go to the press will foster greater discussion; actually, the opposite may have happened: Many diplomats hoping to open a channel for discussion were deeply dismayed the memo went public, followed by anonymous interviews.

As one career ambassador stated regarding another dissent message quickly leaked to the media: State Department officers’ “oath of office is to protect and defend the Constitution, but they are not free to debate publicly with their president…. If they want to go public they should resign.”

And indeed that sentiment appeared to be contained, albeit indelicately, in the White House’s initial reaction to the memo. White House press secretary Sean Spicer said of those diplomats who signed that they “should either get with the program, or they can go.”

Spicer, and the ambassador above, touch on a more fundamental issue underlying the dissent memo.

The average State Department Foreign Service officer has served 12 years, meaning a large number have never worked for any president other than Barack Obama and more than half have not experienced a presidential transition. These employees have never had their oath of service to the Constitution — not to George W. Bush or Barack Obama or Donald Trump — tested. Government carries out the policies of the president on behalf of the United States; it’s called public service for a reason. Those concerned because the wrong candidate won may be learning they are in the wrong business.

That sense of frustration as much with the man in the Oval Office as with his policy appears evident in the text of the dissent memo. Among other arguments, the memo calls Trump’s refugee ban “counterproductive,” noting that the overwhelming majority of terrorist attacks on U.S. soil have been committed by native-born or naturalized citizens, not foreign nationals. Among the foreign nationals who have entered the U.S. on a visa to commit acts of terror, it points out that they have come from nations such as Pakistan and Saudi Arabia, which are excluded from the order, as opposed to the seven that are listed (Syria, Iraq, Iran, Libya, Somalia, Sudan and Yemen). 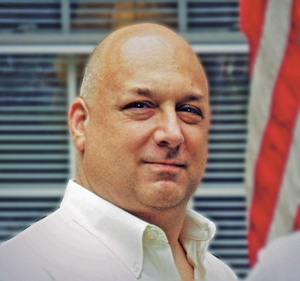 The memo also contends that the ban will sour relations with “much of the Muslim world, which sees the ban as religiously motivated,” and alienate allies in the fight against terrorism. “We do not need to place a blanket ban that keeps 220 million people — men, women, and children — from entering the United States to protect our homeland. We do not need to alienate entire societies to stay safe. And we do not need to sacrifice our reputation as a nation which is open and welcoming to protect our families,” it states.

The memo is long on emotion (core values, nation of immigrants, shame of Japanese internment camps, yada-yada), and short on concrete policy other than “we shouldn’t do what the executive order says” and suggestions for more vetting and social media monitoring. Potential lost revenue figures are mostly global, not limited to the seven countries, and presume none of the people denied entry will visit another time to spend their money.

There is an extraordinary amount of high-caste rhetoric in the memo that appears to describe a situation that many Middle East travelers might not recognize: the supposedly welcoming atmosphere of the United States — as if long waits to pay $160 to apply for a visa, two-year or longer invasive vetting for refugees stuck abroad and crude TSA treatment did not previously exist. The memo speaks of souring relations with Middle Eastern nations, increased anti-American sentiment and creating the impression of a war based on religion, while somehow overlooking that 15 years of the horrors of the “war on terror” (torture, drone kills, wedding parties blown up, Guantanamo) have already accomplished those sordid tasks.

The memo also somewhat dramatically raises the specter of humanitarian issues, a child denied medical care in the U.S. for example, when the executive order in Section 3(g) clearly allows for such exceptions to be made on a case-by-case basis. The memo brushes that process off as unworkable, when in fact such exceptional processes exist throughout U.S. immigration law and work just fine — it has been the State Department that has in fact implemented them.

Left unsaid is any commentary on pre-Trump U.S. refugee policy. Since 1980, the United States has accepted fewer than 2 million refugees overall, and 40 percent of those were simply children accompanying their refugee parent(s). By contrast, though not limited to refugees, the Obama administration alone deported 2.5 million people. The 2016 fiscal year U.S. quota for Syrian refugees was 10,000 — a figure Obama fought for despite fierce GOP opposition. In contrast, Canada has taken in nearly 40,000 Syrian refugees in Prime Minister Justin Trudeau’s first year alone. Germany admitted 300,000 refugees from various nations in 2016, following close to 1 million in 2015.

No dissent memos were publicly released about any of the stringent vetting measures employed by George W. Bush and continued under Obama. While the State Department drafters may not even have been aware of the crude reality of pre-Trump policy as they wrote of a welcoming America, one can bet persons in the Middle East affected by those policies are. Same for the Obama-era’s illegal and unconstitutional denial of passports to Yemenis. Those actions ended up crushed in federal court, but received no public dissent from inside State. (A memo last year signed by over 50 diplomats did denounce Obama’s Syria policy and his refusal to launch military strikes against President Bashar al-Assad.)

Of ancillary interest, the memo, written by people who work with the nuts and bolts of visa and immigration law daily, makes no assertions that Trump’s executive order is illegal or unconstitutional — just that it is bad policy.

So what happens next? 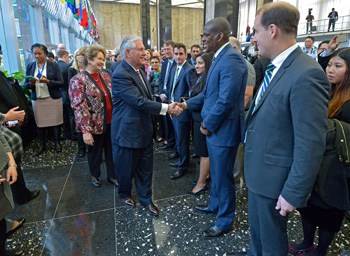 U.S. Secretary of State Rex Tillerson shakes hands with State Department employees in the main lobby of the Harry S. Truman building during his first day in office.

Rex Tillerson’s staff owe the signatories a response. Past experience suggests, and the near-certainty that the response will be leaked within minutes assures, that the reply will be of the “we acknowledge your concerns” content-free variety. It is possible the response could be delayed until the end of the legal wrangling over Trump’s executive order, long after the media have forgotten the dissent memo ever existed.

In characterizing the dissent memo as unprecedented (it is in the number of signatories, claimed to be 1,000, albeit out of a workforce of close to 19,000), many media outlets have raised the question of resignations. Will Tillerson one day find himself in a State Department without diplomats?

There were no known State Department resignations of protest during the 15 years of atrocities known as the “war of terror.” At the State Department, there were only three resignations of conscience over the 2003 Iraq War, and one other related to Afghanistan. The last time more than a handful of diplomats resigned in protest was at the height of the Vietnam War, arguably a more significant foreign policy event than a temporary visa ban aimed at a handful of countries.

That said, emotions are running high inside the State Department, and one should not be surprised by a handful of resignations (one employee announced his resignation was actually a protest 12 days after he handed in his papers, saying without explanation that Trump is a “threat to the Constitution”). There also could be few scheduled retirements re-categorized by the media as resignations of protest and an overreaction to all of that. Just remember that outside the Beltway there is little love, or even real knowledge of, the State Department. It is doubtful Trump’s core constituency could give a hoot about what happens at Foggy Bottom.

How Secretary Tillerson handles all this will be an interesting preview of his relationship with the Department of State.

Absent intervening events, a solid guess is that he will choose a mildly conciliatory approach (Tillerson’s initial remarks at State also suggest this), perhaps holding a town hall meeting. He’ll explain how he values thoughtful dissent, remind the cohort that foreign policy is a long game and then suggest everyone get back to work. That is in keeping with the overall approach to things at the State Department. It also shows an understanding that one historical purpose of the Dissent Channel has been to allow employees to blow off steam and defuse a situation no manager wants to exacerbate as he takes on a new job.

Peter Van Buren (@wemeantwell; www.wemeantwell.com) is the author of “We Meant Well: How I Helped Lose the Battle for the Hearts and Minds of the Iraqi People.” His next book is “Hooper’s War: A Novel of WWII Japan.” The views presented here are the author’s own and do not represent those of the Department of State.