Home The Washington Diplomat May 2014 Passports for a Price: Nations Sell Citizenship to Rich Investors 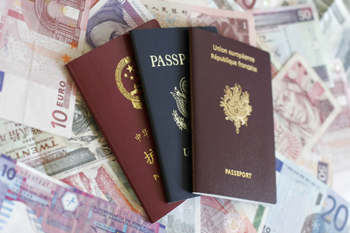 Around 10 years ago when I interviewed Nobel Peace Prize Laureate and former Polish President Lech Wałęsa, he let me in on his plan for bringing investors into Poland: Offer wealthy investors permanent residency in Poland or a Polish passport, i.e. citizenship, in exchange for $1 million up front, the purchase of property and the investment of a significant amount of zlotys per year.

I laughed. Wałęsa laughed, and I thought I detected a tongue in his cheek.

But less than a decade after that interview, which was conducted ahead of the 25th anniversary of the creation of the Solidarity trade union that Wałęsa helped to found, Wałęsa’s words are proving to be prophetic.

Indeed, the tiny nation of Malta — known for its knights, its medieval towns carved into hillsides rising from the Mediterranean Sea and a Humphrey Bogart movie about a private eye (“The Maltese Falcon”) — will sell you citizenship.

So, too, will the countries of Antigua and Barbuda, Cyprus, Dominica, St. Kitts and Nevis, Bulgaria, Grenada, Hungary and Slovakia, according to Henley & Partners, although the last four do not come recommended by the firm, which describes itself as a “global leader in residence and citizenship planning” catering to the affluent of the world.

Henley pans Bulgaria’s citizenship program for being “unclear and untested” and not giving applicants the benefits it claims to, and the firm describes the country itself as the poorest in the European Union and “one of the most corrupt.” Applicants for Hungarian citizenship have to take a test about Hungarian constitutional matters in the Hungarian language and have to live in the country for eight years before they can become citizens. Grenada’s program is only of interest to people wishing to live in the Caribbean island state, and Slovakia’s program is “too expensive and onerous for most clients compared to other options.”

Those “other options” include Malta’s new program, which has stirred some controversy among the Mediterranean island state’s European neighbors. Initially, Malta wanted to sell citizenship to wealthy investors for 650,000 euros ($880,000), but the European Union complained that that cheapened EU citizenship and would likely bring less-than-desirable types into Europe who, once in Malta, which is in the EU’s visa-free Schengen borderless zone, could travel and work anywhere else in the Schengen area of Europe, without hassle. A Maltese passport holder could also in theory live in any of the bloc’s 28 member states and be afforded visa-free travel to the United States as well.

Freedom of movement within the EU is a big selling point for European countries’ citizenship-through-investment programs. Henley & Partners says Bulgaria claims in its ads for its residency program — similar to a citizenship program but which only confers permanent residency on successful applicants — that permanent residents of the country can travel visa-free throughout Europe. “In fact, it does not give the right to travel in any EU country other than Bulgaria, as it is not a Schengen member state,” Henley says. (Bulgaria said in January that it expects to be ready to join the Schengen area in 2017, 10 years after it joined the EU.)

Malta, however, is a Schengen country. Under pressure from the EU to tighten up its citizenship-for-a-price offer, Malta, at the end of January, not only upped the price of a Maltese passport but also added a new condition to what it calls its Individual Investor Programme — namely that Maltese wannabes have to “provide proof that he/she has resided in Malta for a period of at least 12 months” before they can be issued with a certificate of naturalization.

The program is designed to attract “affluent persons of impeccable standing and repute,” according to the Maltese legal and financial firm Chetcuti Cauchi. Applicants to the program have to go through an “authorised registered mandatary” such as the Chetcuti Cauchi law firm.

They also have to invest €650,000, most of which goes into a development and social fund for the island nation, and buy a property for at least €350,000 or lease one for €16,000 a year — both of which seem very reasonable to someone who lives in the D.C. area. The property has to be held on to for at least five years.

Then … applicants have to invest at least €150,000 in bonds or shares in Malta and hold on to those for five years. They can’t simply choose the investments themselves: They have to be “sanctioned by the government as beneficial to the island,” Jean-Philippe Chetcuti says on his firm’s website. “The total investment to be made by applicants for Citizenship by Investment would be of €1.15m,” says Chetcuti Cauchi.

But just having that sort of money is not enough to buy you the right to Maltese citizenship.

Applicants also have to prove they do not have a contagious illness (they doubtless mean illnesses more severe than the common cold, but it might be a good idea to suck on some zinc lozenges before applying, just in case) and a clean criminal record. And, perhaps most daunting, applicants have to undergo a “fit and proper” test to determine if they are the fine, upstanding citizens that Malta is seeking to attract to the island.

That presumably does not include the thousands of refugees and asylum-seekers, many of them from Africa and the Middle East, fleeing instability back home on rickety boats to find safety on the shores of Malta. In recent years, the tiny island has been swamped by immigrants trying to reach Europe but has received scant help from European officials. Yet the country’s citizenship scheme hasn’t escaped the attention of human rights groups, who criticize the government for favoring the super-rich over desperate refugees.

Of course, Malta is hardly alone in trying to court lucrative investors. In addition to the countries mentioned earlier that also offer citizenship in exchange for money, more than a dozen — including the United States, Canada, Great Britain, Dubai, Hong Kong, Austria and Switzerland — offer programs that allow investors with deep pockets to obtain permanent residency. 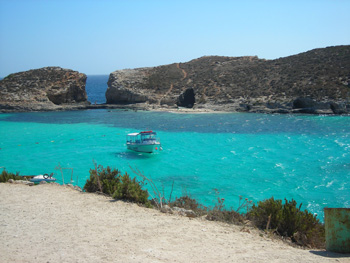 Henley & Partners singles out the two citizenship-by-investment programs in the Caribbean states of Dominica and St. Kitts and Nevis for being the “only two countries which offer legal and clearly defined programs on a statutory basis.

In Dominica, citizenship is available for $100,000 for a single person, or $200,000 for a family of four or more. St. Kitts offers potential citizens the option of investing in an “officially approved” real estate development, which has to be valued at $400,000 or more, or making a contribution of at least $250,000 (for a single person) to the Sugar Industry Diversification Foundation. Both would be beautiful places to live in but don’t come with the Maltese perk of visa-free travel in most of the EU.

Antigua and Barbuda has also been wading into the business, welcoming its first citizen by investment when a Syrian businessman and his family were granted citizenship in the island nation. In a statement, the government of Antigua and Barbuda said the family had been granted citizenship through a contribution to the National Development Fund (estimated to be around $250,000).

But if islands aren’t your thing, you could always consider Austria, Henley says.

Austria will grant citizenship to large investors, according to the firm. The Austrians deny this is the case and Henley admits that “only very few cases are approved each year.” But essentially the government can “reward foreign persons with citizenship in the event of extraordinary merit,” Henley says on its website. “This may take various forms, including economic ones, and can include investment or other economic benefit brought to Austria. However, citizenship is not granted on the basis of investment alone.”

Investment is all it takes to get permanent residency in one of the most attractive locations of all, the United States. Under the EB-5 visa program, foreign investors who plunk down $1 million (or $500,000 in a high unemployment or rural area) toward a commercial venture that will employ 10 full-time U.S. workers can obtain permanent residency.

According to a report in the Washington Post, the program has dispensed nearly 30,000 visas since it began in 1992, bringing in $6.8 billion in investment and supporting 50,000 American jobs. The program’s popularity has been steadily increasing, with the bulk of visas going to wealthy Chinese investors looking for the stability, nice schools and general lifestyle that the United States has to offer.

Even the D.C. area has benefited from the program: The Marriott Marquis Hotel is one of several city projects that has received EB-5 funds. Cases of fraud, though, have been reported, and then there’s always the rather unsavory aspect of selling the American way of life to rich foreigners.

Then again, there are those who don’t pass go when they’re looking for a new passport, and don’t pay $200 to anyone. They’re movie stars and athletes like South African runner Zola Budd, who was given a British passport within weeks in 1984 so that she could compete for Britain in the L.A. Olympic Games, and, more recently, French actor Gérard Depardieu, who fled high taxes in France and ended up in Russia after President Vladimir Putin offered him citizenship.

Budd’s British passport came through in two weeks. For most applicants, the process took a year. The waif-like barefoot runner went on to crash out of the 3,000-meter race at the Olympics along with America’s sweetheart and gold-medal hopeful, Mary Decker Slaney.

Depardieu went from French to Russian in less than one month and was handed his certificate of nationality by Putin himself. And in February, Russia’s government drafted a bill that would grant citizenship to foreigners who invest at least 10 million rubles in the country — a relative bargain at $285,000.