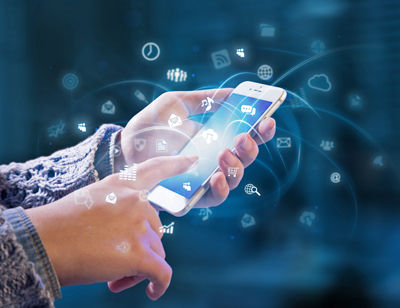 When Typhoon Haiyan struck the Philippines in November 2013, it brought with it nearly unthinkable damage, a death toll in the thousands and a diaspora desperate for news from home.

Immediately following the disaster, the Embassy of the Philippines worked with AudioNow to create a call-to-listen platform that lets users hear information blasts from the embassy on their phones. AudioNow specializes in connecting diaspora communities with broadcasters in their native countries to provide same-language information on their smartphones, but it was the first time an embassy had made such a request.

“The model here initially was Haiti,” Elmer Cato, first secretary and consul at the Philippine Embassy, said. “We saw how AudioNow was able to connect the Haitian-Americans with Haiti after the earthquake, because only one or two radio stations were left standing after the quake. They provided them with a call-to-listen platform and a number in the U.S. that Haitian-Americans could call that would allow them to listen to live broadcasts from Haiti. It was also through that platform that news from the Haitian side was coming through.”

That call-to-listen platform morphed into Radyo Tambuli, a virtual radio station mobile app that had its U.S. launch in November 2014 and will debut globally in late spring. The app, the first of its kind developed for an embassy, features daily news, original Filipino music, coverage of town hall-styled meetings, interviews, opinion surveys, fairytales for children and, of course, an emergency alert system.

“For the Philippines, we think the emergency alert feature is the most important,” said Cato, the driving force behind the app’s creation. “Under our system, we can send out alerts to notify Filipinos in a certain country — all the Filipinos who have the app in Libya, for instance — that we’re in an alert, and tell them which level. We could say, ‘We’re now in an alert level four. Please proceed to your nearest evacuation point immediately.’”

The alert system, which includes direct messaging, push notifications and social media, works both ways. Filipinos on holiday or living abroad can send a message through the app that they’ve lost their passport or are in another type of distress. The message will go directly to the Ministry of Foreign Affairs in Manila, which will then send a message to the app user’s nearest embassy with information on their location and contact information.

“The app is a Swiss army knife of sorts,” Cato said, “where you’ll have everything that a Filipino living abroad or a Filipino traveling overseas would need to connect them with home.”

But the app is more than just an alert system. Users can take language lessons, participate in discussions on the various topics of the day, discover the hottest Filipino musicians and read the news. Filipino broadcasters Veritas and the People’s Television Network provide live and recorded content, as do more remote stations throughout the country.

A daily broadcast is also generated from the embassy itself; Cato’s assistant gathers the news, another staff member reads it into an iPhone and they upload it to the platform.

“We broadcast good news about the Philippines that maybe doesn’t get the air time or the column inches,” Cato said.

While the embassy in Washington has been the driving force behind the app’s creation and launch, and in securing existing content, Cato said he expects the Department of Foreign Affairs in Manila, and other Philippine Foreign Service missions, will also add content in the future.

Since taking his post in 2011, Ambassador Jose L. Cuisia Jr. has repeatedly stressed that the role of the embassy is to serve and connect the 11 million Filipinos around the world, particularly the more than 3.5 million in the United States.

“One of our overriding goals is to serve the Filipino diaspora to the best of our ability,” the ambassador said. “The app increases our presence in the lives of overseas Filipinos and helps further our digital public diplomacy goals.

“Through this app, we are hoping to connect our kababayans abroad with home,” he added, using the Tagalog word for countrymen.

The app is a bold step in making the news and culture of the Philippines immediately accessible not only to the diaspora, but to anyone interested in learning more about the dynamic country.

Since its soft launch in November, the app already has had more than 3,000 (free) downloads on iPhone and Android platforms worldwide — without much promotion from the embassy. Users can access the various features through their mobile data plans or a Wi-Fi connection, as well as through the app’s one-touch call-to-listen feature, which uses voice minutes and incurs no extra calling charges from the United States.

Although the Embassy of the Philippines was the first to create such a platform, Cato said he could see that other embassies would follow suit. “We’re the pioneers, but other embassies are developing platforms to reach their diaspora,” he said. “They just may have different needs.”

Being a pioneer in the mobile landscape is its own reward, but for the Philippine Embassy, being first comes second to providing a necessary service for its citizens.

“What we envision the app to be is something that each Filipino, who leaves the country either to work abroad, to migrate or just to travel as a tourist, has on their phone, and it’s a lifeline that should be there for them,” Cato said.