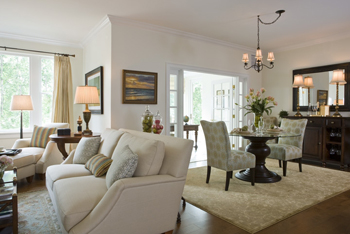 The lecture hall was packed, every one of the 65 or so seats filled. The topic of discussion: nuclear proliferation, the six-party talks and other matters related to the Korean peninsula. The guest speaker: the State Department’s senior representative on North Korea policy.

Welcome to the face of retirement in 2010.

Today’s independent, active seniors are redefining the golden years, and they’re taking retirement communities along for the ride — one that, in many cases, has enough glam to make much younger generations green with envy. In Washington, that means amenities and programs that cater to former diplomats and others for whom international and cultural experiences remain a prominent lifestyle choice.

Want to take a town car to the Austrian Cultural Forum’s embassy events? No problem. Peruse hard copies of international newspapers in a private library? Of course. Share a bottle of French bubbly in a cozy wine cellar? Sure — and you might as well enjoy it while perched at a custom-made table crafted from worn wine barrels.

At Fox Hill, the recent Foreign Affairs Discussion Group meeting was just one of dozens of resident-inspired activities. Art classes, poetry readings, theater and museum trips, and an on-site concert featuring the Baltimore Symphony Orchestra Atlantic String Quartet were all part of the mix. And that was just in February.

“I’m just as active as I was before,” said Steve Low, a 31-year U.S. Foreign Service veteran who served as ambassador to Zambia and Nigeria and director of the State Department’s Foreign Service Institute. “Here, we can be just as involved in the Washington community as ever. The difference is that a lot of responsibility is taken off your shoulders.” 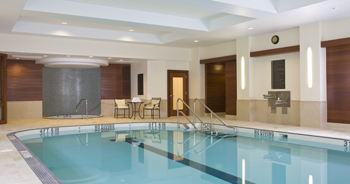 Among the amenities for seniors who purchase a condominium at the Residences at Fox Hill in Bethesda, Md., are a swimming pool and fitness center, as well as an indoor driving range.

It’s an attitude shared by many senior Washingtonians. In fact, some of Fox Hill’s residents have yet to even retire, according to general manager Don Shulman. They’re not ready to stop working but still want to start enjoying the benefits of a senior living development where everything from weekly housekeeping to private transportation is taken care of.

That’s because, these days, the “golden years” are less about relaxation and more about indulging in endeavors that sat on the backburner during time-starved, pre-retirement years, especially in a pressure-cooker environment like the nation’s capital. The timeframe that used to be associated with limited options and even boredom is now seen as an opportunity to find new ways to stay active. Increasingly, that means communities are moving away from simple homelike settings to creating elaborate resort-style developments where every need is cared for and every desire catered to.

At the more affluent end are communities like Fox Hill, where the only indications that the condo development serves a senior population are inconspicuous emergency call buttons in common areas and individual units. In addition to the now-usual amenities like a full fitness center, personal trainers and on-site banking, the development includes an on-site performing arts center, an upscale spa, indoor pool, four restaurants, a woodworking shop, virtual golf and a 16-acre forest preserve. Residents can sit by the fire to read any number of foreign newspapers in the library, document family history in the recording studio, or work on their short games at the outdoor putting green. 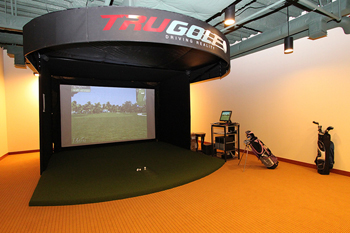 “We let them tell us what they’d like to have in their community, and have been sort of making it up as we go along,” Shulman said.

Which is exactly how the Foreign Affairs Discussion Group got started. Since Steve Low and a friend began arranging for high-profile diplomats as guest speakers for the resident-formed program, each session has been packed with seniors eager to learn and engage.

Fox Hill is unique in that condominium residents are owners, fully invested in their properties. That particular model — conceived at the height of the housing boom as a way for residents to take advantage of escalating real estate values — may take awhile to pick up steam. Meanwhile though, there’s plenty of evidence that resort-like living and personalized amenities are catching on. While a good portion of the 240 condos remain empty, the separate assisted living center known as Sunrise at Fox Hill, where residents rent rather than own, has an occupancy rate that hovers around 80 percent.

The reasons for changing the concept of senior communities are well-covered ground: longer life spans, more active lifestyles, higher expectations among aging — and affluent — baby boomers, and the science-backed benefits of physical and mental activity on health and longevity. Encouraging residents to help tailor amenities and programs is yet another approach being taken by an increasing number of retirement communities and senior care facilities, particularly in the private sector.

“The really amazing thing that’s being done in communities across the country — and in D.C. — is [finding ways] to help retirement reflect the values and life experiences of residents,” said John Friedman, a spokesman for Sodexo Senior Services. 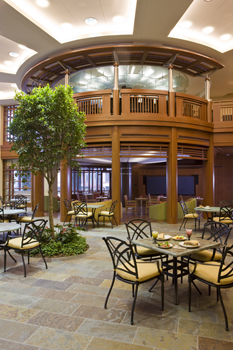 At Knollwood, a Sodexo retirement community for retired military in Northwest D.C., a recent activity calendar included a Shakespeare lecture, a visit to the National Gallery of Art, a Valentine’s dinner and concert, and a guest speaker session on the subject of global engagement and public diplomacy. Other events, such as dance lessons, tea parties and champagne brunches, were also planned at the behest of residents.

Another Sodexo community, Asbury Methodist Village in Gaithersburg, Md., recently rolled out a new program designed to offer personalized guides for active, healthy lifestyles. The program, HealthAdvantage, was influenced in part by surveys from non-residents who are within five to 10 years of retiring.

“We recognize that not all of the amenities appeal to our current residents,” said Cindy Lauer, senior director for brand management. “Wellness centers, pools, spas and the like … these are the things that future generations are really going to be expecting.”