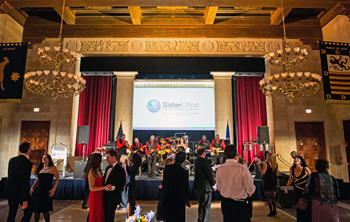 Eleven years after the end of World War II, the world was still roiled by conflict. The Cold War was in full swing. The Korean Peninsula was seething. Kenya was four years into the Mau Mau rebellion against colonial power Britain. Algerians were fighting for independence from France. Sudan’s first civil war had broken out.

That’s not even a complete list of the conflicts that flared up in the 1950s. It seemed that the lessons World War II should have taught governments and military leaders had fallen on deaf ears, or maybe the students weren’t paying attention in class. Amidst all of the tensions, U.S. President Dwight D. Eisenhower decided to take a different approach to peacemaking. Why not, he thought, kick world leaders out of the classroom and replace them with grassroots citizens? He convened a meeting at the White House and called on ordinary Americans to do something that smacked of insurrectionism.

“If we are going to … take advantage of the assumption that all people want peace, then the problem is for people to get together, to leap governments, if necessary; to evade governments; work out not one method but thousands of methods by which people can gradually learn a little bit more of each other,” Eisenhower said in a speech at a citizen diplomacy summit on Sept. 11, 1956. 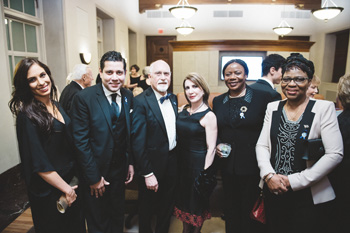 “Governments can do no more than point the way and cooperate, and assist with mechanical details, and they can publish certain official documents. But I am talking about exchanges of professors and students and executives … about doctors helping in the conquering of disease,” Eisenhower told the White House gathering.

In the beginning, the Sisters Cities program focused on cities in America’s World War II foes, Germany and Japan, and in countries behind the Iron Curtain. Today, the nonpartisan nonprofit has grown into a global venture, involving 545 communities and with more than 2,100 partnerships in 145 countries.

In March, scores of diplomats joined American lawmakers and ordinary citizens from around the world for the annual Sister Cities International Gala held at the U.S. Chamber of Commerce. Several awards were handed out at the gala, including the Congressional Diplomatic Leadership Award, which was given to former Sen. Richard Lugar (R-Ind.) and Congressman Jim Moran (D-Va.).

Lugar said the Sisters Cities program allows the world’s different peoples to learn from and about each other. Sister relationships “go on for several years so that, before long, you have a generation who have shared good experiences,” he said.

Slovenian Ambassador Božo Cerar said that while the relationship between governments is important, it’s not the same as people-to-people interactions. “In that sense, the Sister Cities program is very important.” 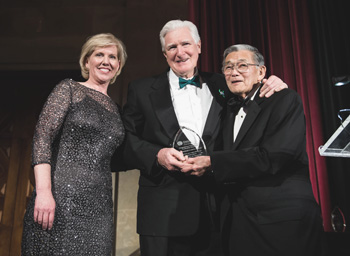 From start to finish, the process of setting up a city partnership usually takes between six and 18 months, Sisters City International President and CEO Mary Kane said. There are no preset criteria for pairing up cities, but the initial push to create a partnership often comes from members of a particular diaspora who live in the United States.

“They come together and talk to their elected officials and say, ‘We need to form this relationship,’” Kane said.

It was Somali leaders in Minneapolis who put forward the proposal to form a sister city alliance with Bosaso, a port city in northern Somalia. The city council adopted the proposal in October last year, and this summer, Minneapolis, which has a large Somali population, will formalize the first ever sister city agreement between an American city and a city in Somalia.

Similarly, Cerar said Slovenian-Americans were the driving force behind the sister city partnership between Ljubljana, Slovenia’s capital, and Cleveland, Ohio. Although it is unclear when that partnership began, it is said to predate the establishment of Slovenia as an independent country. (Slovenia grew out of the disintegration of Yugoslavia in 1991.) What is known is that around 80,000 people of Slovenian heritage live in Cleveland, making it the city with the largest population of people of Slovenian descent outside Slovenia itself, and they played a crucial role in pushing for the sister city status with the city in Ohio.

Likewise, Slovenians from Murska Sobota who settled in Bethlehem, Pennsylvania, were instrumental in setting up a thriving sister city relationship with that town.

The mission of Sister Cities International is still as vital as it was in the 1950s, as tensions, conflict and disasters continue to rake different parts of the globe.

The city of Austin, Texas, holds an annual golf tournament to raise funds for a clinic in its sister city in the African nation of Lesotho, for children with HIV/AIDS or who are affected by the disease. “We have gained a lot through that arrangement,” Lesotho’s ambassador to Washington, Eliachim Molapi Sebatane, said. More than 23 percent of Lesotho’s population lives with HIV, giving the southern African country the second-highest HIV prevalence rate in the world.

The Democratic Republic of Congo (DRC) has struggled since independence from Belgium in 1960 to bring peace and prosperity to its people. In 2006, the Washington suburb of Falls Church, Va., became the sister city of a small town in Congo’s Equateur province, called Kokolopori. The partnership is the only one between a U.S. city and anywhere in the DRC, but that’s not the only way it stands out.

“Kokolopori is an area that has a sanctuary for bonobo apes, and the bonobos are a symbol of peace,” DRC Ambassador to the U.S. Faida Mitifu explained to The Washington Diplomat. “If they fight, they always end up having sex to make peace, and as funny as that sounds, this is an animal that symbolizes peace,” she said.

The Kokolopori-Falls Church partnership says on its website that it was set up to promote friendship and cooperation between the two communities, help build a more peaceful world and preserve rainforests and wildlife for future generations.

Acknowledging that not only miles but also lifestyle and cultural differences separate the two towns, the Americans and Congolese involved in the partnership choose nonetheless to focus on their similarities.

“Citizens of Falls Church City and Kokolopori recognize that our future depends on the well-being of our children and the health of our environment…. Together we can help protect the rarest of the great apes, help prevent tropical deforestation that contributes to climate change and teach our children valuable lessons about global citizenship,” the Kokolopori-Falls Church Partnership says.

“Sometimes, people think they are very, very different, but once they become sisters, they visit each other, they realize there is much more that they have in common than differences,” the ambassador said.

The popularity of Sisters City International has grown so much over the years that the group has set up the equivalent of an online dating site for cities.

“Cities would call us from all over the world and say, ‘Well, we’d like a partner.’ So we decided we need to make this a feature where you can call us and we will be your Match.com,” Kane said.

Fifty U.S. cities and several hundred cities around the world are actively looking for a date, or partner city, through Sister Cities International.

While they can’t stipulate what hair or eye color they’re looking for, Kane says cities are paired up based on “things that they have in common and what they want to do together” in terms of cultural, business and other exchanges.

Having things in common is a useful ingredient for a successful match, but Mitifu pointed out what is possibly the best reason to seek a long-term relationship with a like-minded city somewhere else in the world.

“Where there’s sisterhood,” she said, “there is laughter, there is joy, there is sharing.” And that would make for a long and very happy relationship. 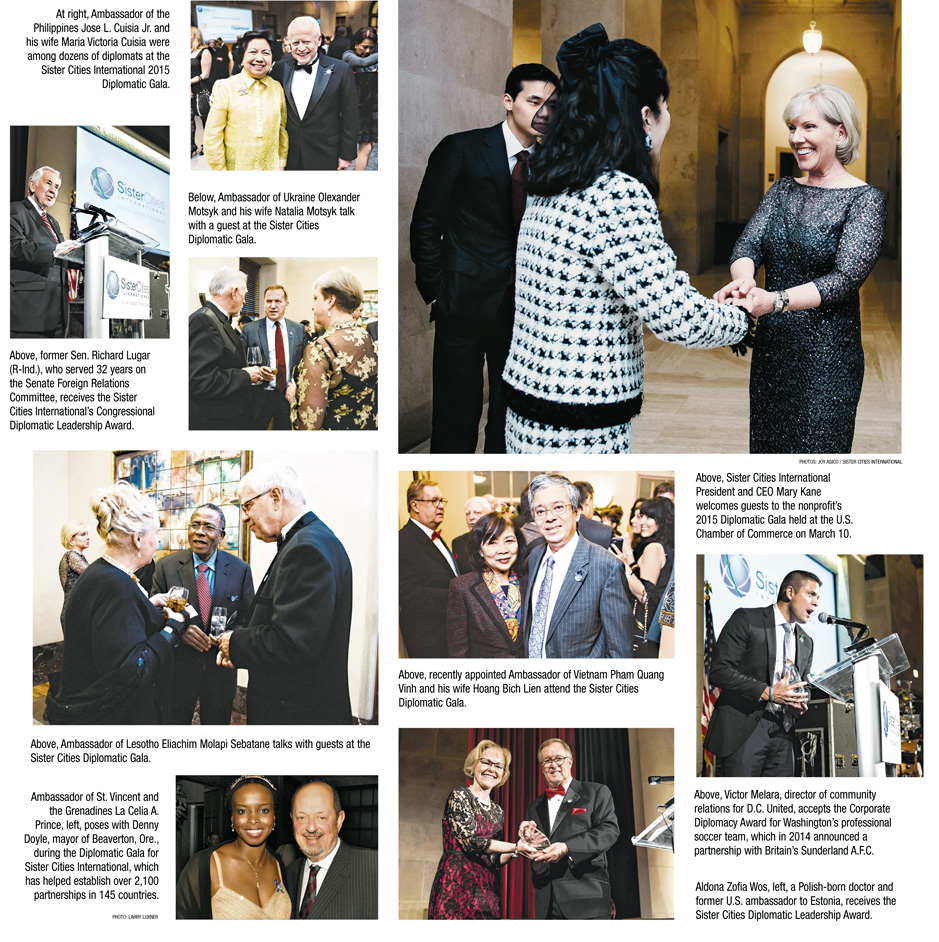