Home The Washington Diplomat January 2013 From Star Trek to Springsteen, Colleges Go Where No School’s Gone Before

Also See: Letter to the Editor

U.S. universities are known around the world for providing students with a top-flight education — and a course offered at Syracuse University in upstate New York fits that image nicely. Students who sign up for the course explore the final frontier and boldly go where no man has gone before, using Star Trek to study some of today’s most pressing technological issues.

The course filled up the first day it was advertised back in 2011.

“Star Trek and the Information Age” is the brainchild of professor Anthony Rotolo, who said he wanted to offer something that would help interest students in pursuing STEM (science, technology, engineering and math) careers.

“Star Trek offers a wealth of science and technology topics that can be discussed in the context of current questions or challenges in these fields or in society at large,” Rotolo told The Washington Diplomat in an email.

Rotolo uses examples from the iconic sci-fi TV and film series to examine 21st-century topics such as social media, nanotechnology, remote warfare, training for an information career, and dealing with a constantly connected lifestyle. And speaking of being connected, outsiders can follow the course on Twitter at #TrekClass.

Like Star Trek, Rotolo’s popular class seems certain to live long and prosper. In fact, it’s just one of scores of courses that have strayed off the beaten path of academic endeavor at U.S. universities — sometimes, it appears, way off.

American universities have always been renowned for creativity and critical thinking, but they’re also known for costing an arm and a leg, which might leave a few parents displeased with some of the more oddball classroom choices.

But parents’ displeasure might be based on superficial judgments, because even courses that focus on Star Trek or rock icon Bruce Springsteen are serious and rigorous. Some of the academics who teach these courses have won awards, and many of the students who take them have learned more about politics, physics or the information age than they might have using more traditional curriculum.

They have the added benefit of watching some classic Star Trek episodes, too. Students at Georgetown University in D.C. can also take a Star Trek course, but this one is about philosophy. And contrary to first impressions, it’s not an easy three credits.

Of course, you might argue, the teacher would say that. The real test of a course is what students get from it. 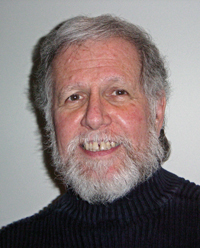 John Massaro taught politics at the State University of New York (SUNY), using songs by Bruce Springsteen as teaching material, discussing themes such as political development, patriotism and race that appeared in the rocker’s songs.

John Massaro taught politics at the State University of New York (SUNY) at Potsdam starting in 1999 and continuing until a couple of years after he retired in 2006. There’s nothing unusual about teaching a politics course, but this one used songs by Bruce Springsteen as teaching material.

“Basically, we would listen to just about all of Springsteen’s albums and the students would have lyric sheets in front of them because the course was about lyrics. Then we’d discuss a particular theme — political development, patriotism, race — in the songs, and I would lecture for an hour on the theme and students’ connection to it,” Massaro told The Washington Diplomat by phone from his retirement home in Maine.

Massaro’s students also had to write a paper on the rocker from New Jersey and keep a journal.

“What most impressed me is the sophisticated connections some students made in semester essays, in applying Springsteen’s themes and lyrics to both the traditional political world and their own personal political world,” Massaro wrote in a chapter of the book “Bruce Springsteen, Cultural Studies, and the Runaway American Dream.” The last part of the title is recognizable to Springsteen fans as part of the first line of the Boss’s breakthrough song, “Born to Run,” from the album of the same name.

It sounds like a class on the iconic rocker would be a not-too-tough way to spend a semester, but Massaro said that student evaluations put the course “in the middle of the easy-to-hard scale.” One or two students might even have flunked, noted Massaro, who was named a distinguished teaching professor by SUNY, an indication that his courses were not cakewalks.

In fact, Springsteen — who, yes, belongs more to the generation that was going to college in the early 1980s — has been used to teach younger generations everything from creative writing to politics. 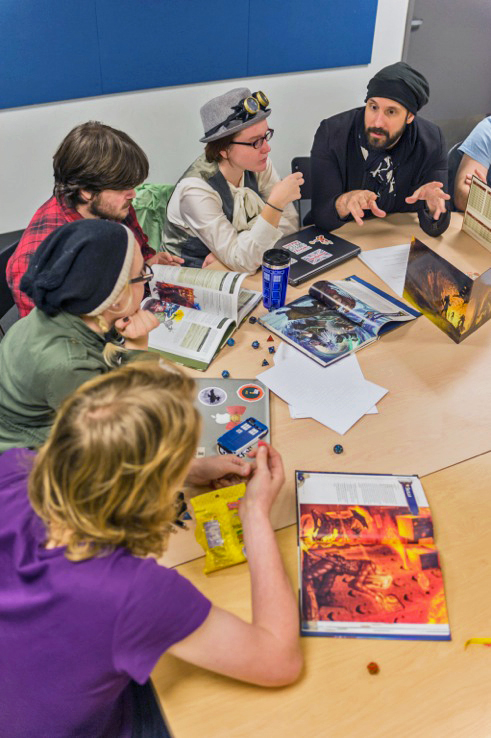 The prestigious Princeton University, which consistently ranks as one of the top universities in the world, also offers a Springsteen-centric course called “Sociology from E Street: Bruce Springsteen’s America.” Like the classes Massaro used to teach, the course involves listening to songs by the Boss “in order to focus on what sociology says about the questions they raise.” Most weeks, “a guest who has lived a life like one of Springsteen’s characters will be interviewed in-class,” the Princeton course description says.

The University of Southern Indiana, Monmouth University and Penn State University at Altoona have held three symposia on Springsteen’s songs. At the most recent one held in September, Richard Lee, a professor at New York’s St. Bonaventure University, presented a paper comparing diehard Democrat Springsteen with New Jersey Republican Gov. Chris Christie. Another paper, presented by Father Kevin Keelen, looked at “the Catholic spirituality of Springsteen.”

But the Boss is not the only musical learning tool in town. Rock diva Lady Gaga’s name features in the title of a course offered at the University of South Carolina, which looks at the rise of Gaga to her status as a 21st-century pop icon. The class is open only to honors students, and while they might think they’ll be whiling away the hours listening to Gaga tunes, the course synopsis specifically notes that “this is not a course in Lady Gaga but in sociology; and it is not a course about Lady Gaga as much as about the culture of the fame as exemplified by the career of Lady Gaga.”

Other “celebrities” who have earned a spotlight in the classroom aren’t even real. Frostburg State University in Maryland has a course called “The Science of Harry Potter,” which is not unlike “The Science of Superheroes” course taught at the University of California at Irvine. Both analyze the supernatural capabilities of teenage wizards, Wonder Woman and Clark Kent, when he’s wearing his blue leotard, using scientific principles. An enrollment bonus at Frostburg is that the physics professor who teaches the course reportedly sometimes dresses up like Harry Potter’s headmaster at Hogwarts, Albus Dumbledore. 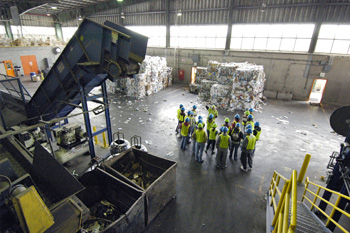 Santa Clara University in California has a class called the “Joy of Garbage” that examines issues such as why landfills are often located in poor neighborhoods.

Meanwhile, if your son or daughter got into the Massachusetts Institute of Technology and is spending an inordinate amount of time playing videogames, don’t go into their room and rip out the motherboard of their computer — they could be doing their homework. MIT offers a course called “Introduction to Videogame Studies,” in which students are required to “play and analyze videogames.” Sarah Lawrence, a respected small college just outside New York City, also offers a course that involves gaming. It’s called “Dungeons, Dragons and Drama: The Tabletop RPG,” and it also requires a lot of game-playing as students “create their own RPG campaign.” RPG, incidentally, stands for role-playing game, not rocket-propelled grenade.

At the George Washington University in D.C., students can enroll in “Fat Studies,” a course about body size that aims to promote weight awareness and acceptance. Santa Clara University in California has a class called the “Joy of Garbage.” Students focus on “items that rot, decompose, and break down; and items that do not,” according to a course description. They also look at issues including why landfills are often located in poor neighborhoods and why nuclear waste is stored on Native American land. So the course is not just a load of rubbish.

But Occidental College in California offers a course that seems to trump all the others. It’s called “Good Sex.” But before your teenager rushes to apply to the college and you panic at the thought, this course is not a hands-on group seminar. Instead, it looks at “early Christian texts that define and regulate issues of sexuality, such as the function and purpose of sexual intercourse, same-gender intercourse, contraceptive practices, abortion, polygamy, monogamy, celibacy, and the normative ‘Christian family.'”

Rather doubtful that homework will include practicing the course title.