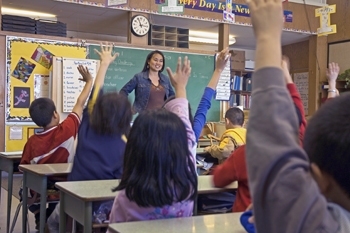 “I don’t want to go to school!” Practically every parent on the planet has heard that phrase at one time or another. But hearing, “Why did we have to move here?” adds another layer to a parent’s angst.

That’s because going back to school can be a chore for any child, but starting a new school in a new country is a whole different mess altogether.

Foreign families confront a host of issues when learning about U.S. schools, and though the cultural barrier may seem insurmountable, practical solutions abound, often in plain sight.

In particular, many schools here in the nation’s capital have a long tradition of welcoming new students from abroad — including the children of diplomats — and introducing them to the seemingly foreign American education system.

Still, change is always difficult for children, especially teens, and moving to another country with a new language and culture is particularly unnerving at the start of the academic year. It can be just as daunting for the parents.

“The organization of the schools here is different,” said Catherine Mathieu, the World Bank family network coordinator. “For many cultures, it’s strange that we, the parents, are supposed to be very active in the school. We’re supposed to be inside the school talking to teachers and involved with the PTA. For most of us this is new.

“We don’t know what a counselor is,” she added, noting that many parents don’t know how to take advantage of what this school professional can offer their children.

“I didn’t know that when teachers send home a list of the next year’s classes in advance, this is partially negotiable. I wish we did because maybe my son could have had a different class with a different teacher,” Mathieu told us. “I didn’t know it was OK for me to go to the school and ask.”

Fundraising is another wholly American aspect of schooling, as parents are routinely asked to contribute for a range of items, from cookies to out-of-town class trips and even the school endowment. It is always voluntary, but parents from abroad often don’t realize that private contributions enable many school programs to function.

Cultural norms in the United States can also trip students up, especially for young children in pre-school and early elementary school. For instance, American-style handshakes and arm and shoulder gestures may not be familiar to students so we try to make them comfortable, said Dale Mann, principal of John Eaton Elementary School in the District.

On the flip side, European and Latin greetings are often more physical than in America.

“We’re used to kissing and touching, but in some cultures that can be disrespectful,” said Mathieu. She also pointed out that in some cultures, children aren’t supposed to talk in the classroom and it may even be rude to look teachers directly in the eye. “If parents don’t understand, it’s hard to make the children understand.”

The transition can be especially rocky for teenagers in their final years of high school because at that age, both boys and girls just want to blend in with their peers — not stand out because of a glaring accent.

“My 15-year-old son, in 10th grade, came home one day and said, ‘I think I’m transparent,'” Mathieu recalled. “First thing I did was run into my bathroom and cry. I was terrified and didn’t know what to do. We told him, ‘Yes you’re different but it’s not because you’re bad. We’ll go through this together.'”

Schools often try to step in and help the whole family integrate into the American education system. 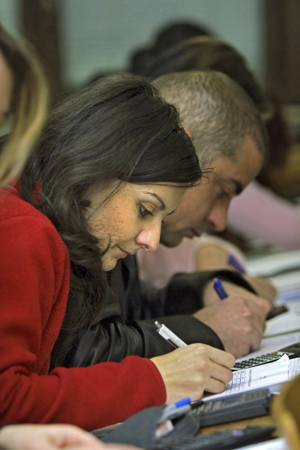 “It’s most important to select a school that matches the child’s needs,” said Anne-Marie Pierce, former head of the Washington International School and president of AMP & Associates, a consulting firm for independent and international schools.

Most schools in the D.C. area are well equipped to accommodate newcomers because there’s a steady flow of foreign professionals migrating to the city. “Explore what programs schools have to welcome, integrate and make the transition as painless as possible,” said Pierce, a native of France. “You want your children to be embraced with enthusiasm.”

A small school may be a better fit for some children, said Tyrone Byrd, principal of George Mason High School in Falls Church, Va. He said his school “has 750 students from grades 9 to 12 so when a new kid comes into the building, it ripples and that kid gets a lot of attention.”

Admittedly, it’s always easier for the younger kids to assimilate. “They just come in and go. They pick up the language immediately because there’s full immersion. The parents are much more nervous,” said Mann of John Eaton Elementary.

His school hosts open houses throughout the year to walk new students and their parents around the building and “acclimate them with our hallways and classrooms,” he said.

“We try to place new children in a class with others who speak the same language,” Mann added, “and we invite new families from the same country for breakfasts to introduce them to each other. We also help parents match children for play-dates.”

Many schools also pair new and old students to help with the orientation process. George Mason High School runs the Mustang Ambassador program “in which we match a new student with an existing student in the same grade and that student will help steward the new one around and will be a familiar face in the crowd,” said Byrd.

Mann’s school has a similar program. “The Buddy System, in which we match two children, helps bind them in friendship,” he said.

The World Bank runs a special teen program for its staff’s children who are between 16 and 18 years old to help them understand American culture and introduce them to others with similar backgrounds.

“We tell them they’re special, that they have to develop skills to survive, and we teach them how to use those skills,” said Mathieu. “We as parents know that in the end, our children’s experience here in the U.S. and in Washington will be a plus.”

Batiste suggests families consider joining religious or social groups affiliated with their own country because those could help serve as a bridge for their children to become accustomed to American schools.

And certainly joining school-wide functions during the year will expose both students and parents to the American way of life. U.S. schools regularly organize picnics, barbecues, bazaars and other events to which all families are encouraged to come. “School-wide functions bring together families and children and give them a sense of community,” said Mann.