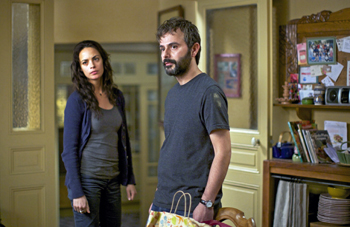 Iranian writer-director Asghar Farhadi’s stunning near-masterpiece “A Separation” proved to be a fantastic success, winning Iran’s very first Academy Award for best foreign language film in 2012. Farhadi also received an Oscar nomination for best writing in an original screenplay — quite a rarity for a non-English language script. In a normal year, such honors at the Academy Awards would stick out for a foreign film.

But in 2012, a sleeper French production, “The Artist,” unexpectedly dominated the Oscar largess after initially getting out of the gates rather quietly. The modern-day silent movie leveraged its dialogue-free gimmick, which many early pundits viewed as a handicap, to steadily pick up steam throughout the Oscar race. The overwhelming juggernaut cleaned up with a shocking five Academy Awards, including best picture and best director for French filmmaker Michel Hazanavicius.

Its 10 total Oscar nominations, also remarkable for a foreign feature, included a nod for best supporting actress given to French actress Bérénice Bejo. Her charming performance launched her path into international stardom, but some critics claimed she did little more than smile, look pretty, grimace, and gesture at the camera. Bejo needed a chance to prove her detractors wrong.

She got that chance by joining forces with Farhadi to play his leading lady in “The Past,” the latest film from the talented Iranian writer-director. “The Past” gives Bejo a grown-up role that allows her to show off her serious acting chops, as she gets down and dirty portraying an unlikeable character.

Farhadi’s assured direction is all the more remarkable considering he’s directing his actors speaking in French, a language in which he isn’t fluent. Iranian-born actor Ali Mosaffa (who gained notice in Iranian director Dariush Mehrjui’s “Leila” and “Pari”) makes the most out of a difficult role as the estranged screen husband of Bejo’s character. French-Algerian actor Tahar Rahim (whose star performance in “A Prophet” caught Farhadi’s eye) delivers a quietly stirring performance as the third leg of the tense love triangle.

“The Past” serves as a worthy follow-up to “A Separation,” respectfully honoring the groundbreaking legacy of the family drama about a couple torn by the desire to start a new life abroad and the guilt of leaving their elderly father in Iran (also see “Family Portrait Exposes Idiosyncrasies of Iran’s Authoritarianism” in the February 2012 issue of The Washington Diplomat). In a way, the story of “The Past” picks up where “A Separation” left off. “The Past” opens at the airport in Paris, where Marie (Bejo) has fetched her Iranian-descended husband after a lengthy absence. Initially, the scene appears to be a happy reunion, but it turns out that Ahmad (Mosaffa) is actually finally agreeing to grant a long overdue divorce to Marie.

In the meantime, they must coexist under the same roof in Marie’s home, also inhabited by Lucie (Pauline Burlet) and Léa (Jeanne Jestin), Marie’s children from a relationship prior to Ahmad. What Marie does not tell Ahmad, until he finds out for himself, is that her current lover Samir (Rahim) has moved in with his young stepson Fouad (Elyes Aguis). That’s rather a big mess in a small space, leaving little room for secrets. 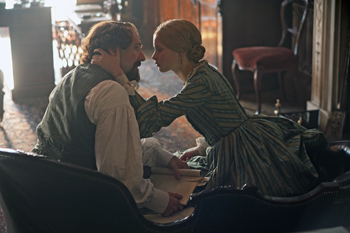 British actor-cum-director Ralph Fiennes’ second turn behind the helm in “The Invisible Woman” is a much more calm, dignified journey than the overwrought craziness of his directorial debut, “Coriolanus.” The refined “Masterpiece Theatre” look worn handsomely well by “The Invisible Woman” provides a fitting backdrop for Fiennes’s direction and acting (he also stars in the title role)

Historic costume dramas continually pour out of the United Kingdom, but they’re seldom as in vogue as they are today due to the widespread popularity of “Downton Abbey” and the like. “The Invisible Woman” is a fine example of the genre that proves to be by no means tired out across the centuries. Costume designer Michael O’Connor (“The Duchess”) may even win another Academy Award for his fashionable creations that artfully drape the players.

Fiennes rings in his usual distinguished performance as legendary author Charles Dickens. Though Fiennes rightfully portrays an older, successful Dickens as a busy, confident, powerful figure, he’s not by any means the center of the storyline.

That ground is firmly stood by Dickens’s 18-year-old lover Nelly Ternan, a wannabe thespian who’s a decidedly more troubled character. She is vividly brought to our imagination out of the dusty pages of history courtesy of a career-making performance by Felicity Jones at the tender age of 30.

Throw in the always delightful to watch Kristin Scott Thomas — a national treasure, but of which country, Britain or France? — as Nelly’s rightfully concerned stage mother Frances Ternan, and it provides a long anticipated opportunity for Fiennes to reunite on screen with his costar from “The English Patient,” the 1996 hit that made both actors internationally famous.

British screenwriter Abi Morgan (“Shame,” “The Iron Lady”) carefully adapts her script from Claire Tomalin’s 1990 biography of Nelly, whose 13-year affair with Dickens in his final twilight years managed to stay remarkably unknown despite his celebrity. The famous author meets budding actress Nelly while staging a play by his playwright buddy Wilkie Collins (Tom Hollander). The starry-eyed girl quickly becomes enamored of Dickens, and the rest is history. Eventually, their affair leads to the destruction of Dickens’s marriage to his wife Catherine (Joanna Scanlan), whom he finally divorces late in his life. Screenwriter Morgan crafts the story’s structure with alternate viewpoints from Nelly’s life after Dickens’s death. As an adult, she’s still working in the theater — though she’s yet to find peace with her life.