Home The Washington Diplomat January 2014 The State of Statins: Do Risks Add Up? 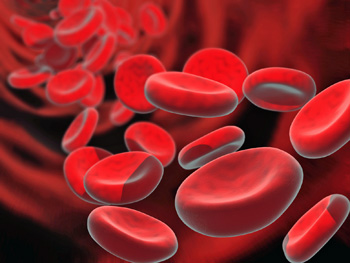 I’m a 46-year-old, generally healthy white female who’s never smoked a cigarette in my life. I do not have diabetes or high blood pressure, and my cholesterol levels are all smack within normal ranges.

This morning, I entered all of that information into the new downloadable “Cardiovascular Risk Calculator” from the American Heart Association and the American College of Cardiology. The calculator was released with much fanfare in mid-November, along with the announcement of new cholesterol guidelines that advise doctors to consider putting otherwise healthy patients on a statin drug if the calculator puts their risk of having a heart attack or stroke in the next 10 years at 7.5 percent or more. (A quarter of Americans over 40 already take statins.)

The calculator told me that my 10-year risk of heart attack or stroke is less than 1 percent — pretty much what I expected. No statins for me. But then, I decided to see what the calculator would say if I told it I was someone else.

It turns out that if you’re a woman, you have to have some pretty out-of-whack cholesterol or blood pressure numbers before the calculator says that you need statins. I pretended to be a 65-year-old white woman with an overall cholesterol level of 250 and a systolic blood pressure of 130, and it still put my 10-year risk of heart attack or stroke a bit below 7 percent, nudging closer to that 7.5 percent “you need statins” threshold, but not there yet.

On the other hand, if I were a totally healthy white man of 65, with “optimal” values for cholesterol, blood pressure and everything else in the calculator, I would blow past the 7.5 percent threshold with a 10-year risk of nearly 9 percent. I may be wrong, but that seems to suggest that pretty much every white male over 65 should be on a statin drug.

When I switched the race to African American but left everything else the same, the 10-year risk actually went down, to just a hair under 7.5 percent, even though the Office of Minority Health at the Department of Health and Human Services notes that African American men are about 30 percent more likely to die of heart disease than non-Hispanic white men.

I’m not the only one who’s confused by the calculator. So are some of the nation’s top cardiologists. Dr. Steven Nissen, chief of cardiovascular medicine at the Cleveland Clinic, was quoted by CNN on Nov. 12 as saying, fairly approvingly, that the new guidelines would likely double the number of Americans who are considered candidates for statin therapy, to about 72 million.

But then the calculator that accompanies the guidelines came out — and just five days later, in the New York Times, Nissen did a 180, calling for a delay to the implementation of the guidelines while the mess was untangled. According to the Times story, he plugged some hypothetical patients of his own into the calculator and got similarly confounding results: a 60-year-old African American man with total cholesterol of 150, HDL (the good cholesterol) of 45, and systolic blood pressure of 125, neither a diabetic nor a smoker, got a 7.5 percent 10-year risk.

“Age and race seem to drive it a lot,” he told Medscape’s HeartWire.

Officials with the American Heart Association and American College of Cardiology note that the populations in those studies tended to be younger and healthier than the average American. And on Nov. 25, Dr. Jennifer Robinson of the University of Iowa, a coauthor of the guidelines for assessing cardiovascular risk, fired back in the Journal of the American Medical Association, writing that recent large statin studies “provide evidence that largely refutes the major criticisms against statins used for primary prevention.”

“Statins are well tolerated in properly selected individuals. Statins reduce total mortality as well as atherosclerotic cardiovascular disease events in lower-risk individuals,” she wrote. “The accumulated evidence should convince those with a philosophical aversion to statin therapy for primary prevention to reconsider their stance.”

It sounds like this debate is just warming up. So what does it mean for you? Everyone seems to agree that the calculator itself is not, and should not be, the determining factor in whether or not you get a statin prescription. Even the authors of the guidelines are very clear about that. At most, it should be the start of a conversation with your doctor about your overall risk of heart attack and stroke — including other risk factors that don’t even show up in the calculator, like a family history of heart disease.

The evidence to date seems pretty clear that statin drugs do have the ability to lower heart attack and stroke risk for many people. But they also come with risks, just like any other drug that actually does anything. (Show me a drug with no risk and I’ll show you a drug with no benefit.) Statins are well tolerated by most people, but they do carry a small risk of muscle inflammation and, for even smaller numbers of people, potentially severe muscle damage. Some people who take them may also develop type 2 diabetes. Critics of prescribing statins for generally healthy individuals also point out that they may offer patients a false sense of security, leading them to abandon other heart-healthy habits, like exercise.

On that note, if you, your doctor and/or your numbers are on the fence about whether you should start taking a statin, consider that eating a healthier diet, not smoking, and getting more exercise are also extremely effective ways to reduce your heart disease risk, with no side effects and no prescription necessary.