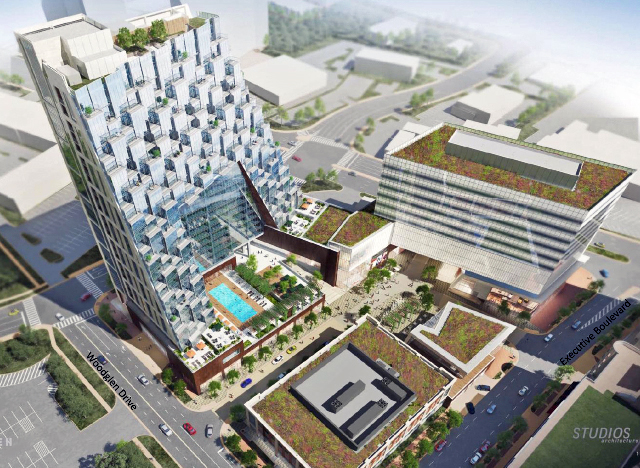 Not really what comes to mind when you think of American shopping centers.

But if all goes according to plan, Maryland’s White Flint Mall, an aging concrete complex off congested Rockville Pike, could soon resemble these European landmarks. At least a little.

A sweeping redevelopment proposal for the 34-year-old institution envisions a mix of stores, residences, outdoor cafés and even a promenade in place of a strip of sidewalk where pedestrians currently fear being run over.

The proposed development of North Bethesda Market II, above, is part of a larger plan to remake the area north of Bethesda, Md., into a greener, more walkable — and livable — town center community.

Two years ago, the Montgomery County Council unanimously approved the White Flint Sector Plan to radically transform the 430-acre area surrounding the White Flint Metro station, situated on the Red Line less than half an hour from downtown Washington, over the next two to three decades. The idea is to cluster a new kind of town center around mass public transportation, with easy walking and biking access.

“This Sector Plan vision establishes policies for transforming an auto-oriented suburban development pattern into an urban center of residences and businesses where people walk to work, transit and shop,” says the document. “White Flint will be a place where different lifestyles converge to make urban living interesting and exciting.”

The makeover of White Flint Mall, which at about 45 acres comprises more than 10 percent of the Sector Plan’s surface area, is being billed as an integral part of this transformation.

That’s no surprise to experts such as Madlen Simon, director of the architecture program at the University of Maryland, who noted that to stay relevant in this Internet age, malls must focus more on what people can’t get from shopping online.

That’s precisely what Lerner Enterprises and the Tower Cos., owners of the mall, have in mind for White Flint.

In February, the owners filed a so-called sketch plan application with the Montgomery County Planning Department containing details of their proposed endeavor, to be implemented in four phases.

Although it may still take years to gain the necessary approvals for construction to begin, the sketch plan paints a vastly different picture to the current panorama — a boxy amalgamation of anchor stores such as Bloomingdale’s and Lord & Taylor that in their heyday were considered a sleek shopping destination. But those days have long since passed.

Bloomingdale’s and Lord & Taylor, which independently own their real estate space, could reopen in the new project (though Bloomies already shuttered its doors this spring) and talks are under way with the mall’s other tenants, but from what details have been released so far, it’s clear that developers plan to reinvent White Flint — or “de-mall” it, as they put it. 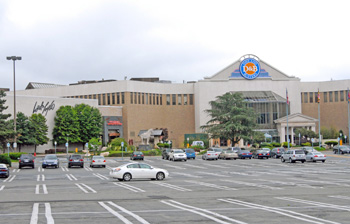 Developers plan to eventually remake White Flint Mall, whose glory days have long passed, into a pedestrian-friendly oasis of stores, residences, outdoor cafés, green spaces and even a promenade in place of asphalt parking lots.

“The project aims to transform an aging retail shopping mall into a lively, mixed-use development complete with exciting public amenities and green spaces, and an expanded road network that creates walkable blocks,” states the sketch plan.

With parking spots to be moved largely from traditional and space-eating lots to below ground, bike lanes are being factored in, as are wide sidewalks. A key family-friendly public space would be dedicated to a 2.1-acre Central Piazza inspired in part by the Luxembourg Gardens in the French capital and complete with a fountain and outdoor café seating, as well as gathering places. At the moment, diners seated outside the P.F. Chang’s China Bistro overlook an asphalt parking lot.

Another area, to be known as Neighborhood Plaza, is to be modeled on the Plaza de Santa Ana in Madrid, Spain. Along Rockville Pike, a “grand boulevard effect” would be created through, among other things, street-level stores and eating establishments. Developers say a so-called Gateway Plaza will be inspired by the Piazza Navona in Rome, as well as downtown Chicago’s Michigan Avenue and the Gateway Towers at LAX Airport in Los Angeles.

The plans also foresee about 2.3 acres being used to expand the White Flint Neighborhood Park. Meanwhile, the creation of an elementary school is under consideration to serve as a “community gathering place for families from established and future residential development,” according to the proposal.

Mall owners aren’t saying much more for the moment apart from highlighting that, as yet, they have no specific timeline due to an “extended planning and approval process.”

“The plan recognizes a desire for more green space, underground parking, pedestrian access, an environmentally friendly development,” Lerner Enterprises, one of the owners, said in an emailed statement that also noted steps will be taken to ensure a smooth transition for mall tenants and the community.

Berton went on to explain that the White Flint Mall redevelopment is in an area known as a Commercial Residential Zone that came into being with the 2010 White Flint Sector Plan. Among the list of amenities it requires for the public are parking, affordable housing, day or adult care centers, historic resource protection, public space and vegetated roofs, she wrote in an email.

So what do locals think about all this?

During a Nov. 16 town hall meeting about the development, members of the public had the chance to voice their concerns and ask questions. 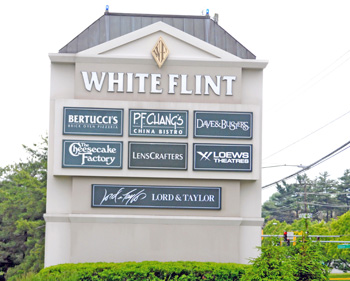 According to minutes compiled by the law firm Lerch Early & Brewer, the roughly 150 community members at the gathering “seemed generally supportive” of the proposed plan.

A Nov. 17 Gazette.Net report, meanwhile, described reactions as mixed, “with most agreeing the shopping center needs to be updated but also expressing concern that the large-scale project would be too disruptive.”

Changes are unlikely to happen overnight. As a representative of Lerner Enterprises told the Nov.16 gathering, the sketch plan is only the first of three major phases in the development approval process.

Right across the street from the mall, however, the change is already visible with the recently built North Bethesda Market community of residences, shops and restaurants. Among the swanky new additions: the health-conscious eatery Seasons 52, LA Fitness, Arhaus Furniture, Brio Tuscan Grille and — the ultimate harbinger of urbanization — a Whole Foods Market.

Just across the street but seemingly a world away, White Flint Mall was largely empty on a recent weekday afternoon. With elevator music playing in the background, an elderly woman lounged in a chair relishing an ice cream cone. Nearby, a mother pushed a stroller while a giggling group of teenage school girls headed for the exit. Every so often, a fairground train carrying a handful of young children did the rounds, hardly needing to honk due to a lack of foot traffic.

When asked about the redevelopment plans, most patrons appeared to consider them the best way forward. Others seemed disinterested or unaware of what was in the works.

“I wouldn’t mind if it was gone,” said 26-year-old Philip Jones while chatting outside the main entrance. He lamented the lack of a skateboard store and described what was on offer as too high end.

“I think it’s a great idea,” senior Helen Snyder said of the plans alongside her husband, Herb, in the partially filled parking lot. “I think the outside kinds of malls are very pretty.”