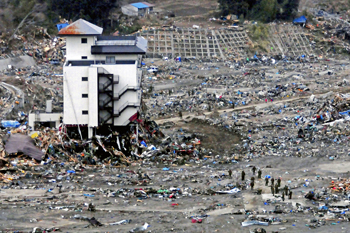 The devastation — both human and physical — from the earthquake and tsunami in Japan is unfathomable. It is impossible at this point to gauge the full extent of the damage with any degree of precision. But we can nonetheless begin to assess its potential spillover effects on the rest of Asia and other major economies around the world.

The narrow view of the catastrophe’s economic impact is that Japan doesn’t really matter anymore. After all, more than 20 years of unusually sluggish trend growth in Japanese output has sharply reduced its incremental impact on the broader global economy. The disaster may produce some disproportionate supply-chain effects in autos and information-technology product lines such as flash drives, but any such disruptions would tend to be transitory.

On the surface, the world’s two largest economies have little to fear. Japan accounts for only 5 percent of America’s exports and 8 percent of China’s. Under the worst-case outcome of a complete disruption to the Japanese economy, the direct repercussions on the United States and Chinese economies would be small — shaving no more than a few tenths of a percentage point off their annual growth rates.

Within the so-called G-10 developed economies, Australia has the largest direct exposure to Japan — the destination of about 19 percent of its total exports. The eurozone is at the opposite end of the spectrum, with Japan accounting for less than 2 percent of its exports.

A Japanese rescue team searches the rubble near a solitary high-rise building in Wakuya, Japan, shortly after a 9.0-magnitude earthquake and tsunami pulverized entire swaths of the country.

Among emerging-markets, the Philippines and Indonesia are the most exposed to Japan, which absorbs about 16 percent of their total exports. South Korea, the third-largest economy in East Asia, is at the other end of the scale, relying on Japanese demand for only about 6 percent of its exports.

But the narrow view misses the most critical consideration: this “Japan shock” has not occurred at a time of great economic strength. That is true not only of Japan itself, where two lost decades have left a once-vigorous economy on a less than 1 percent growth trajectory since the early 1990s. But it is also true of the broader global economy, which was only just beginning to recover from the worst financial crisis and recession since the 1930s.

Moreover, the Japan shock is not the only negative factor at work today. The impacts of sharply rising oil prices and ongoing sovereign debt problems in Europe are also very worrisome. While each of these shocks may not qualify as the proverbial tipping point, the combination and the context are disconcerting, to say the least.

Context is vital. Notwithstanding the euphoric resurgence of global equity markets over the past two years, the world economy remains fragile. What markets seem to have forgotten is that post-bubble, post-financial-crisis recoveries tend to be anemic. Economies grow at something much closer to their stall speeds, thus lacking the cyclical “escape velocity” required for a self-sustaining recovery. As a result, post-crisis economies are far more vulnerable to shocks and prone to relapses than might otherwise be the case.

Alas, there is an added complication that makes today’s shocks all the more vexing: governments and central banks have exhausted the traditional ammunition upon which they have long relied during times of economic duress. That is true of both monetary and fiscal policy — the two mainstays of modern countercyclical stabilization. Policy interest rates are close to zero in the major economies in the developed world, and outsize budget deficits are the norm. As a result, unconventional — and untested — policies, such as so-called “quantitative easing,” have become the rage among central bankers.

All along, such unconventional policies were viewed as a temporary fix. The hope was that policy settings soon would return to pre-crisis norms. But, with one shock following another, the “exit strategy” keeps being deferred.

Just as it is next to impossible to take a critically ill patient off life-support treatment, it is equally difficult to wean post-bubble economies from their now steady dose of liquidity injections and deficit spending. In an era of extraordinarily high unemployment, political pressures only compound the problem.

This raises perhaps the most troublesome concern of all: with a post-crisis world getting hit by one shock after another, and with central banks having no latitude to cut interest rates, it is not hard to envision a scenario of open-ended monetary expansion that ends in tears. The dreaded inflationary endgame suddenly looms as a very real possibility.

None of this detracts from the resilience factor. Yes, Japan will rebuild, which will undoubtedly spur some type of recovery in its disaster-battered economy. That happened in the aftermath of the Hanshin (Kobe) earthquake in 1995, and it will happen this time as well.

But, just as the post-Kobe rebuilding did little to end the first of Japan’s lost decades, a similar outcome can be expected this time. The upside of rebuilding — beyond the urgent restoration of normal life for thousands of people — is only a temporary palliative for an impaired economy.

That’s only one of the lessons that Japan offers the rest of us. The Japanese economy has, in fact, been on the leading edge of many of the more serious problems that have afflicted the global economy in recent years. From asset bubbles and a dysfunctional financial system to currency suppression and monetary-policy blunders, Japan has been in many respects the laboratory of our future.

Unfortunately, the world has failed to learn the lessons of Japan. And now it risks missing another important clue. The significance of the earthquake and tsunami of 2011 is not the relatively low magnitude of Japan’s direct impact on the broader global economy. The more meaningful message is how these shocks box the rest of us into an even tighter corner.

Stephen S. Roach, a member of the faculty at Yale University, is also non-executive chairman of Morgan Stanley Asia and author of “The Next Asia” (Wiley 2009).
Copyright: Project Syndicate, 2011. www.project-syndicate.org