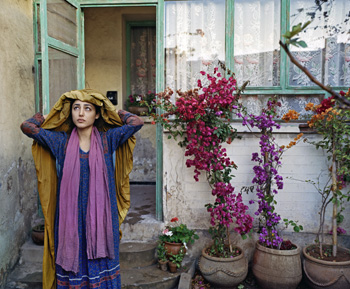 Also See: ‘Money for Nothing’ and ‘Thérèse’ and Repertory Notes

Iranian actress Golshifteh Farahani portrays a woman who is able to reveal her true feelings to her husband after he falls into a coma in “The Patience Stone.”

With “The Patience Stone,” Afghan writer-director Atiq Rahimi (“Earth and Ashes”), now based in France, adroitly adapts his own novel — winner of the prestigious Prix Goncourt, France’s leading literature award — to the big screen. His beneficial collaboration with acclaimed 80-something French screenwriter Jean-Claude Carrière translates the story beyond the book’s pages into a cinematic experience worthy of the movie theater.

It’s set in an unidentified Muslim country torn apart by war, for which Afghanistan clearly matches the description. Iranian actress Golshifteh Farahani’s anonymous main character is only described as “the woman” in the credits rolling at the close of the movie. Wedded at the young age of 17, the woman has endured 10 long years of arranged marriage to her much older husband (Hamid Djavadan), the only life she has known as an adult.

After getting shot in the neck, her husband is now paralyzed, forcing the woman to be his full-time caretaker. For the first time ever, she’s able to talk to him openly about their relationship, her suffering and her dreams. As he can’t reply, it’s unclear if he can understand his wife’s revealing monologues, which become increasingly astonishing over time. As in the Carrière-penned “Belle de Jour,” the quirky turns in the life of the beautiful young woman lead her to become a prostitute, providing much-needed income for the poor household. All of this adds to the accumulating stress her husband must endure as “the patience stone” — a reference to a fabled stone that carries the burden of a person’s confessions — which bursts when eventually overwhelmed.

The film could arguably be opened up more because the story relies on a wordy technique that accounts for nearly all of the script. Its literary roots are exposed by the protagonist voicing all of her thoughts. However, Iranian actress Farahani (“Chicken With Plums,” “About Elly”), herself exiled from her home country after starring with Leonardo diCaprio in Ridley Scott’s 2008 “Body of Lies,” compensates for the movie’s wordiness with a mesmerizing tour-de-force performance that dominates “The Patience Stone,” Afghanistan’s official submission to the Academy Awards for the Best Foreign Language Film Oscar. 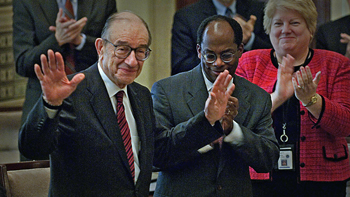 American writer-director-producer-editor Jim Bruce’s “Money for Nothing: Inside the Federal Reserve” works as a timely, revealing documentary that sheds much-needed insight into the mysterious workings of the U.S. Federal Reserve, which was created as a central bank after the financial crisis of 1907. The powerful unelected body of government wields enormous influence on the U.S. and global financial system and economy.

American actor Liev Schreiber serves as an effective narrator, explaining over a century of the history of the Fed that everybody should know. Despite Schreiber’s star power, the documentary’s do-it-yourself roots are evidenced by Bruce’s Kickstarter campaign that crowd-funded much of the indie film’s budget, enabling the path to its well-received world premiere at the International Documentary Film Festival in Amsterdam last November.

“Money for Nothing” honors the work of former Fed Chairman Paul Volcker, a legendary inflation-fighter. In contrast, it objectively criticizes the actions and policies of ex-Fed Chairmen Alan Greenspan and Arthur Burns, as well as current Chairman Ben Bernanke, who’s become quite prominent for his outsize role reacting to contain the global financial crisis of 2008.

Enlightening interview subjects include a distinguished roster of government financial officials including Volcker, current Vice Chair of the Fed Board of Governors Janet Yellen, former Vice Chair of the Fed Alan Blinder, CNBC’s Maria Bartiromo and John Mauldin of “Thoughts from the Frontline.”

The release of “Money for Nothing” is especially timely when the selection process for the next powerful chair of the Federal Reserve has become so unusually public and politicized. A leading candidate to replace current Bernanke, who’s nearing the end of his second five-year term, is current Fed Vice Chair Yellen, a Berkeley economist who’s a main character in the film. Yellen is reportedly competing for the position with Harvard economist Larry Summers, former treasury secretary under President Bill Clinton.

The contest has stirred up recriminations over past financial crises and how Summers and Yellen would handle future crises. Yellen, now No. 2 at the Fed, has been largely correct in her predictions over the last six years. If she succeeded Bernanke, she would become the first woman to head the central bank. Summers, who was forced out as Harvard president after questioning the capabilities of women in science, promoted the deregulation of the U.S. financial system that may have precipitated its collapse in 2008, but he has largely deflected blame over his role in the crash. 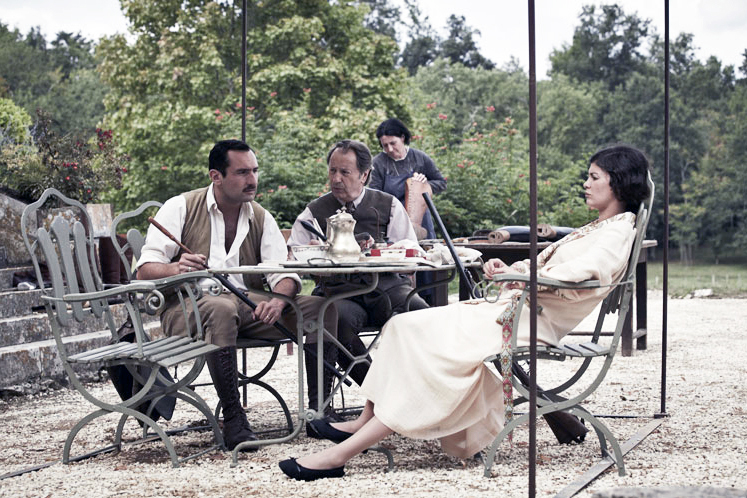 “Thérèse,” the last film of director Claude Miller (“A Secret,” “The Best Way to Walk”), serves as a fitting coda to the French helmer’s distinguished career, deftly adapted from François Mauriac’s famous novel. As usual, fetching French movie star Audrey Tautou (“Amélie,” “Coco Before Chanel”) plays a likable protagonist with whom viewers can empathize greatly. The elegant script is focused on a upper-class woman who suffers through the situation life has dealt her, like the classic literary characters Madame Bovary and Anna Karenina, until she experiences a transformative awakening.

In 1926, affluent young woman Thérèse (Tautou) enters into a strategic marriage with her neighbor Bernard (Gilles Lellouche), heir to a massive family fortune earned from the lush pinewood forest of southwestern France. An artistic free spirit, she suffocates being stuck in the conservative, rigid life that is expected from her by her family and society. Her chauvinistic husband constantly dismisses any of her thoughts. But when Bernard’s younger sister Anne (Anaïs Demoustier), Thérèse’s closest friend, enters into a forbidden love affair with a Portuguese hunk of a lower social class, Thérèse realizes what her life has been lacking.

Ky N. Nguyen is the film reviewer of The Washington Diplomat