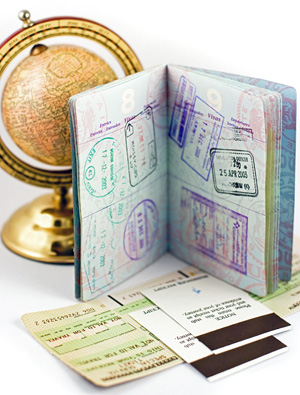 Leisure travel is, by its name, supposed to be leisurely. But planning a vacation can be anything but. Even after you’ve selected the destination, you still have to find a hotel, arrange tours and book transportation.

Airlines have long offered travel packages in an effort to take some out of the planning out of vacation planning. Extremely popular about 20 years ago but eclipsed by Expedia and other online services, they still offer plentiful options and are usually an effortless, safe bet, especially for novice travelers. Third-party contractors usually oversee the packages department, but the goal is universal: to provide a one-stop shop for popular destinations.

Virgin Vacations, an arm of Virgin Atlantic Airways, started in 1994 with 30 to 50 packages mainly in London and the United Kingdom, Virgin’s headquarters. Today, the U.S. branch, Virgin Vacations USA, sells a variety of worldwide packages that change seasonally and to suit fads, such as packages built around the castle from “Downton Abbey” or Oxford University’s dining hall, seen in the “Harry Potter” film series.

“By adding more variety of worldwide packages, and overall from 1994 to now, we have doubled in size to over $22 million in revenues,” said Nigel Osborne, president of Virgin Vacations USA.

“Virgin Vacations offers transformational vacations with a focus on value for money and service,” Osborne said. “We have always said with Virgin Vacations, see more, pay less, but include a lifetime experience.”

For non-escorted tours, Virgin updates its packages by season and introduces three or four new ones each year. The formula for coming up with a tour involves consumer demand for the location, the average number of days Americans typically travel (most employers offer two paid weeks off) and price, Osborne said, but customers can also build their own deal.

One of the most popular packages is a seven-day trip to “London with Downton Abbey” tour. In fact, the deal, which for the fall is starting at $2,289 for air and land, regularly sells out. Highlights include a guided tour of London on a vintage Harrods Bus, a full day at Oxford (including a stop at Oxford University’s dining hall, made famous by “Harry Potter”) and Highclere Castle (where some of “Downton Abbey” is filmed). 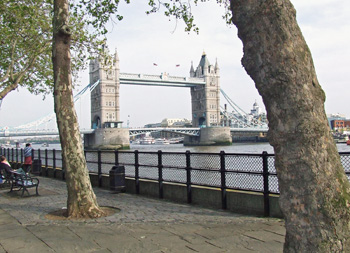 The Tower Bridge over London’s River Thames gets its name from the nearby Tower of London and has become an iconic symbol of the city.

Other popular ones take visitors to Croatia, Italy, Peru, Spain and Turkey, Osborne said. Hotspots this summer, he noted, included China, Vietnam, Spain and Russia, and more specifically, Virgin’s “Affordable Peru” and Central Europe river cruises. “Affordable Peru” has 10-, 11- and 14-day options ranging in starting price from $2,029 to $3,079, respectively, for air and land, while the European cruises hover in the $3,000 to $4,000 range.

Like most packages, Virgin Vacations has partnerships with a wide range of hotel chains, such as Hilton, Radisson and Holiday Inn; rental car companies, such as Hertz and Enterprise; and even other airline carriers.

Package prices are, on average, 20 percent to 30 percent less than booking on your own, Osborne said.

Every major airline and even many smaller ones offer packages. For instance, Southwest Vacations from Southwest Airlines recently added destinations in Mexico and the Caribbean to its roster of U.S. stops, including Orlando, Las Vegas and New Orleans. Recent Vegas deals offered perks like room upgrades, complimentary buffets and gaming credits at resorts such as the Wynn, Monte Carlo and Venetian.

“You just book it and you’re done,” Glock said.

Another perk is accruing miles or points through the airline, said Pat Ogle-Collins, owner of Wizard of Odysseys LLC in Oak Hill, Va. 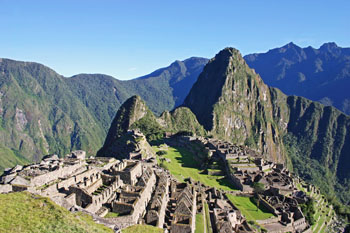 Still, airline packages are not ideal for travelers looking to go off the beaten path, Glock said.

“These are dominated by what I would say are city centers or vacation centers, and off-the-beaten-path places that you would want more of a local flavor, you’re not going to find that in an air package,” she said.

Airline packages can be a great baseline for travelers who are new to a city and uncertain about where exactly they want to go.

“It’s a great starting point to think, ‘OK, I could do London for five days and I could stay in Piccadilly and I could do three tours and here’s my price point,” Glock said. After that initial trip, travelers can then tailor more specific excursions down the line using customized agents.

And despite the advent of Kayak, Priceline and other travel deal sites, airline packages still offer plenty of bargains. Ogle-Collins recently reviewed a vacation proposal from South African Airways for a weeklong trip — four days in Cape Town and two nights on safari — around Christmas for less than $5,000 per person.

The airline has “a very good relationship with the South African tourism board,” she said. “There’s been a real focus on getting people to South Africa and so they’re doing things like this.”

Four Questions to Ask Before Buying

Despite the ease of online booking directly through airlines, consumers need to do their research before clicking “purchase,” says Pat Ogle-Collins, owner of Wizard of Odysseys travel agency.

“Depending on the airline, they just have really incredibly priced options, but you do have to do your research. It is a lot of research to know is this a good package or is it not,” she said.

Here are some questions to ask:

1. What’s in the fine print?
“When you get a package price, if you don’t understand what’s included and what’s not, it can be a huge hit on your pocket,” Ogle-Collins said.

2. Why is one area of the region included over another?
“That doesn’t mean you have to know a lot about the country,” Ogle-Collins said. “Just listen to what they say as to why they are including this. If they’re saying, ‘Because it fits your price,’ it’s a legitimate reason, but if you’re looking for something else, that’s a problem.”

3. What’s the cancellation policy?
“Cancellation policies vary widely in the industry. It’s not necessarily that the airlines are any better or any worse, but oftentimes tickets are nonrefundable so you definitely want to know that.”

4. What laws govern this package?
“If you’re dealing with an airline vacation package, be aware of what laws are governing that transaction,” she advised. For instance, if you’re traveling through Cathay Pacific Airlines and you have a problem, is the transaction governed by U.S. or Hong Kong law?