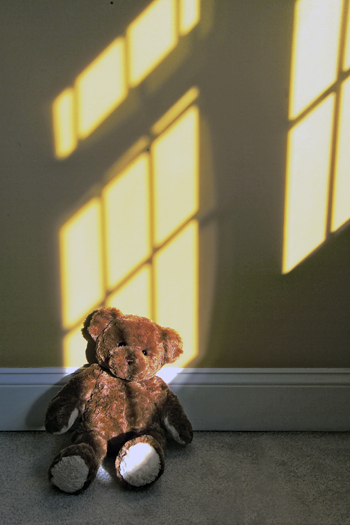 It was two years ago that Russian President Vladimir Putin signed into law a ban on the adoption of Russian children by U.S. citizens, a prohibition that remains in effect to this day. Though adoptions from Russia had been dropping steadily since 2004 — that year, 5,862 Russian children were adopted by U.S. citizens, while only 749 were adopted in 2012 — the pen-stroke prohibition seemed rooted less in the welfare of the children and more in the deteriorating relations between the U.S. and Russia.

But such is the unpredictable nature of intercountry adoptions, say some adoption experts and advocates. As U.S. individuals and couples look abroad for children to adopt — 7,092 children were adopted from foreign countries in 2013, according to the State Department — experts say that prospective parents must be patient and persistent, not to mention ready to shell out significant sums throughout the lengthy process. Despite the longstanding obstacles and recent drop in U.S. overseas adoptions, nearly a quarter of a million children from other countries were adopted by Americans between 1999 and 2013.

“It’s a very complicated process for adoptive families. It requires the coordination of two and sometimes multiple countries’ laws and traditions,” said Trish Maskew, an expert in adoption who in September 2014 was appointed to head the State Department’s Adoption Division, which is part of the Bureau of Consular Affairs.

The 1993 Hague Convention on the Protection of Children and Cooperation in Respect of Intercountry Adoption is the international treaty governing intercountry adoptions. It establishes basic standards for parties to the convention, including a requirement that a central national authority be created to handle adoptions. Currently, 90 countries are party to the convention, including the United States, which acceded in 2008.

Yet even within the international accord, challenges exist. Though both the United States and Guatemala are party to the convention, for example, in 2008 the adoption pipeline between the two countries was closed down after the State Department raised concerns that Guatemala was not living up to the standards and expectations established by the convention. The impact was immediate and significant: While 4,112 Guatemalan children were adopted by U.S. citizens in 2008, that number dropped to 754 the next year and now hovers in the dozens annually.

Guatemala isn’t the only convention country that the United States won’t work with in adoptions: The list also includes Cambodia, Cape Verde, Fiji, Kazakhstan, Montenegro, Rwanda, Senegal, Swaziland and Vietnam, although restrictions were recently eased for the latter.

State Department officials say that despite the convention, U.S. citizens are still free to adopt from non-convention countries, provided another formal arrangement exists with the United States. For that, they say, consular officials working in U.S. embassies abroad cooperate with foreign governments on adoption agreements and offer technical assistance in establishing programs that live up to the basic standards set out by the convention.

Still, that can mean navigating laws and regulations for adoptions that can vary widely from country to country, says Tina Ji, who heads up the international adoption program at the Barker Foundation, a Maryland-based adoption agency that has been in business for close to 70 years.

“One thing would be country eligibility requirement. They vary from country to country, but some countries are pretty restrictive on age, health [and] criminal background. Some countries have very strict guidelines. Mental health issues are viewed very differently in other countries, and so a minor mental health issue that’s controlled by medication could prevent a family from adopting a child in certain countries,” she explained.

To understand these restrictions, working with an agency — like the Barker Foundation — can help, she says. The group has adoption programs in South Korea, Colombia, India and China. Ji noted that China is a popular option — in 2013, 2,306 Chinese children were adopted by U.S. citizens — because it has created an effective centralized mechanism to process adoptions.

“Overall, because you work with this entity in China … they are, in general, pretty responsive and they have standardized processes. They’re more predictable than other countries,” she said.

Ji also said that prospective parents have to be realistic about the children who may be available to them in a given country and through a given program; many tend to offer older children with some physical or psychological issues.

“If they’re not going to consider any developmental delays, or they’re not going to consider an abandoned child with no medical history, then we will say that this program will not work for you,” she said. “In China, for example, the majority of the children were abandoned. There’s no medical history. Pretty much all the children we’re looking at, you have to expect some developmental delays. They’re not kids that come from ideal situations.”

That raises another challenge she often warns parents of: the time it can take to complete an adoption. In China, she says, the wait for a young, healthy child is currently eight years. For other children, the wait is shorter: According to the State Department, the average completion time in 2013 for adoptions from China was 257 days. In Costa Rica, it was 560 days, in India it was 616 days.

Finally, as Russia demonstrated, Ji said she often tells parents that politics may infringe on good policy. “We say that all the time. That would be one of the risks for any family to consider going into an adoption.”

Given all the considerations and challenges, Maskew says her office seeks to serve as a clearinghouse of information for prospective parents.

“It’s difficult for adoptive families to make sure that they know exactly how the process works, so we try to help that by providing as much information as we can that says this is what the process is in this country,” she told us.

Maskew also says the State Department is consistently working to ensure that U.S. citizens can provide homes for children from foreign countries.