Home The Washington Diplomat July 2015 Amid Decline Debate, Nye Insists American Century Is Far From Over 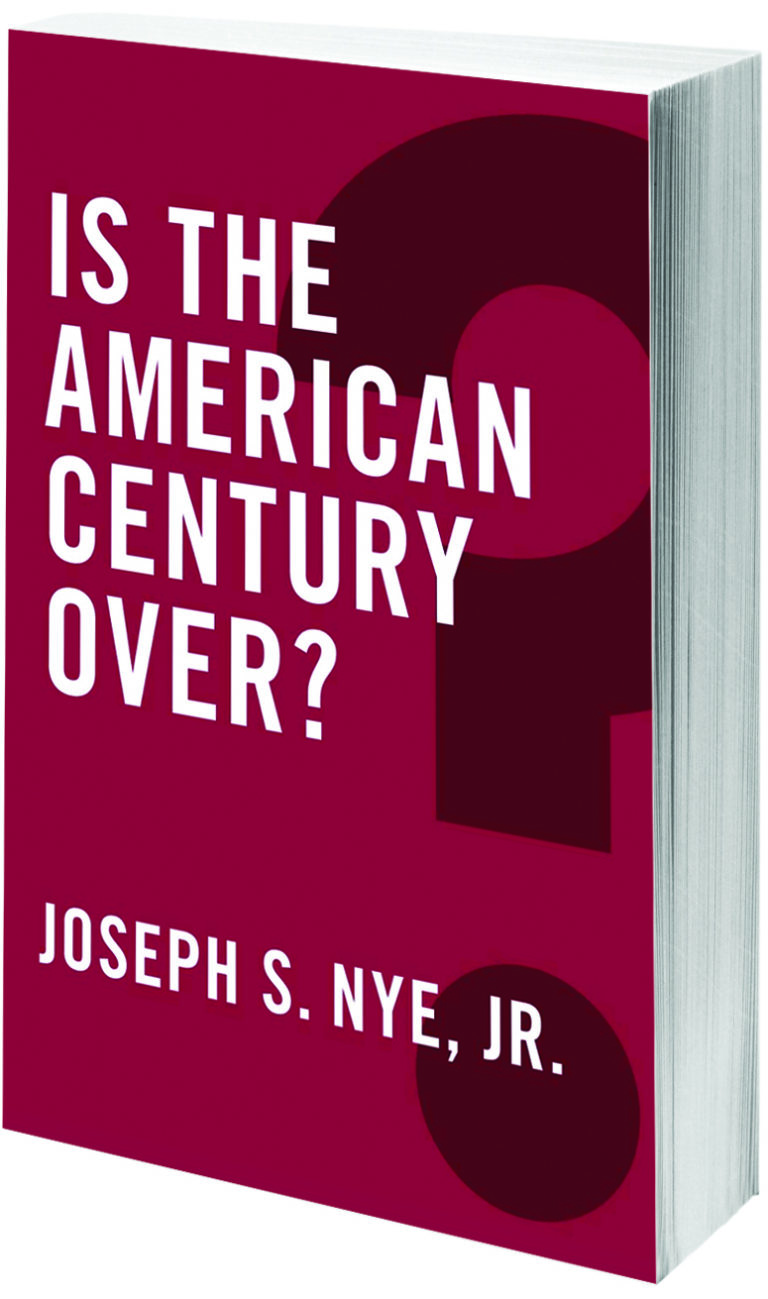 Throughout American history, two very different schools of thought about the essence of the United States have coexisted with surprising ease. The first is the often-discussed notion of American exceptionalism, which posits that the United States is a uniquely special country. The other is the persistent concern that America is falling short of its ideals and potential and is undermining its own power in the world. 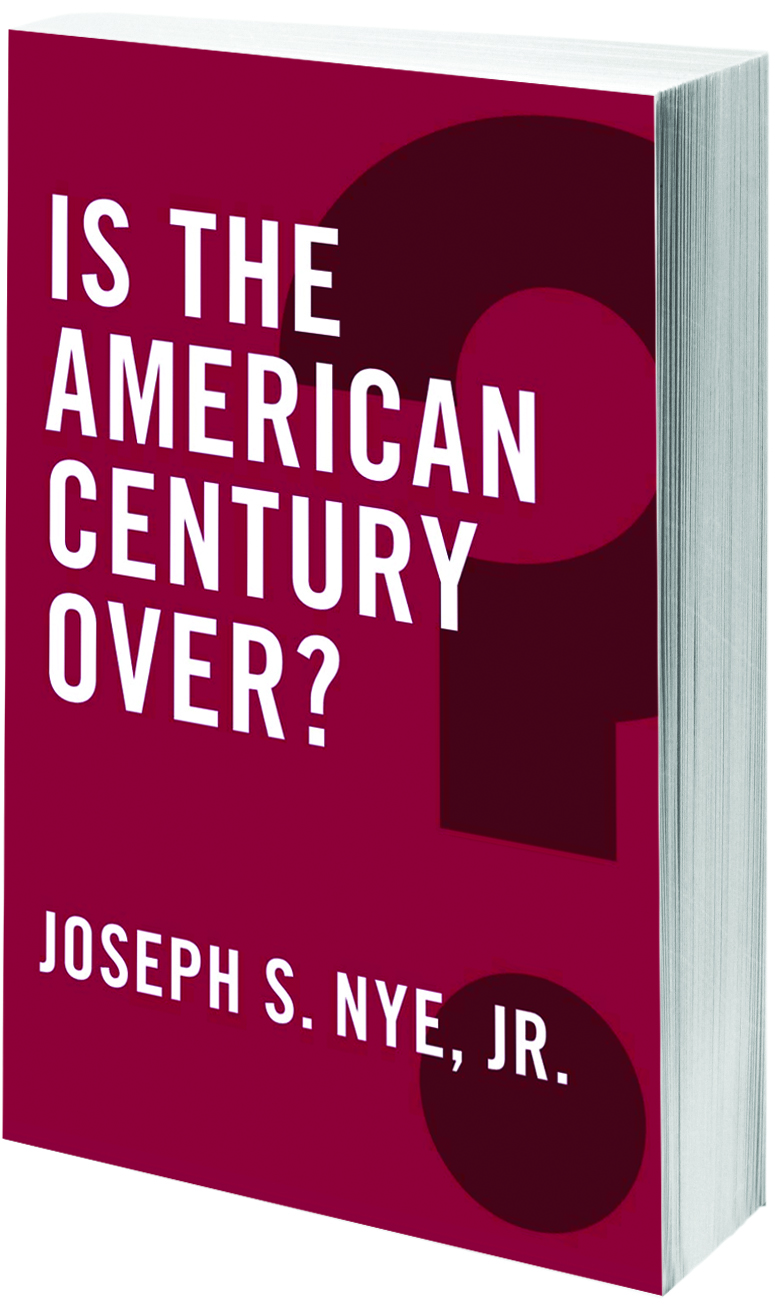 The modern manifestation of the decline theory was partly triggered by the 1987 book “The Rise and Fall of the Great Powers” by historian Paul Kennedy. This book ignited a nearly 30-year debate that shows no sign of abating about whether the United States is strategically overextended and is imperiling its position as the world’s leading power. Rarely a year passes without extensive handwringing about this proposition in foreign affairs journals or policy seminars.

Joseph Nye, a Harvard political science professor, wrote a response to Kennedy’s book in 1990 and has returned to the debate with a new book, “Is the American Century Over?” This book is not a direct challenge of Kennedy’s thesis, but rather an assessment of where America stands now. If you read Nye’s essay hoping for a pithy answer to the question posed by the title, you will probably be disappointed. However, if you are seeking a thoughtful and nuanced discussion of American power in the 21st century, you will be stimulated.

“Is the American Century Over?” sorts through many of the sweeping assertions, dubious assumptions, bold claims and fuzzy thinking that pervade the debate about America’s role in the world. Too often analysts seize on several negative geopolitical events or a cluster of disappointing economic news to proclaim that America is unraveling and its global power fading. “Is the American Century Over?” encourages readers to think carefully and speak precisely about the complexities of U.S. power.

Nye has been a professor at Harvard since 1964 and is a former dean at its John F. Kennedy School of Government. A former chair of the National Intelligence Council, Nye is widely regarded as one of the world’s most respected political scientists and most creative thinkers. Among other things, he is credited with pioneering the concept of “soft power,” which refers to the importance of persuasion and example over coercion and force in international affairs. He is a prolific author, having written 13 books and more than 150 articles; his recent books include “Presidential Leadership and the Creation of the American Era,” “The Future of Power” and “Soft Power: The Means to Success in World Politics.”

“Is the American Century Over?” is a work of synthesis and reflection rather than a book that advances novel concepts or fresh theories of global politics. Nye builds his analysis around the idea of an “American century” that was proclaimed by Henry Luce, the legendary publisher, in a 1941 essay in Life magazine.

The initial chapters of Nye’s book define important concepts. For example, he examines power in world politics and offers a concise definition. “Power is the ability to affect others to get the outcomes one wants and there are three ways to do that: by coercion (sticks); by payments (carrots); and by attraction or persuasion. Sticks and carrots are forms of hard power; attraction and persuasion are called soft power,” he writes, delving into the three types of power: military, economic and soft.

Nye considers the life cycle of state power in history and finds the duration of dominance has varied greatly. For example, the Roman Empire peaked in 117 AD and survived until 476 in the West and 1453 in the East. The preeminence of other nations was much shorter: the Portuguese from 1516 to 1540, the Dutch from 1609 to 1640, the British from 1714 to 1740 and then again from 1815 to 1850. Nye notes that some scholars have embraced the theory of a 100-year life cycle of national power. He combines this theory with Luce’s proclamation of an American century to anchor his analysis.

Nye observes that hegemony is an imprecise and even highly subjective concept. While the United States has been a strong country for a long time, there is no agreement on when American power peaked and the so-called American century began. He says a number of starting dates are defensible: 1898 (the Spanish American War); 1914 (the start of World War I and the decline of Europe); 1941 (America’s entry into World War II); 1945 (the Allied victory in World War II); 1947 (the beginning of America’s containment strategy); or even 1991 (the collapse of the Soviet Union).

American primacy in the economic, military and soft power realms can plausibly be dated to 1941 when it entered World War II, Nye argues, noting that the nation “became a central actor in the global balance of power.” As to when the American century will end, Nye makes an important distinction between relative decline and absolute decline. Relative decline pertains to a nation losing ground to other competitors; absolute decline is when a nation begins to regress or decay internally. “While the two are often related, they need not be,” he writes. 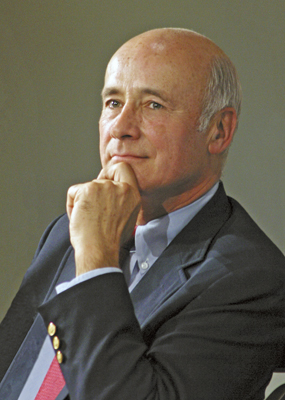 “Is the American Century Over?” by Harvard professor Joseph Nye ponders the question of American exceptionalism.

Nye divides the challenges to American primacy into two categories: those posed by other nations or national groupings and those posed by the diffusion of power that is weakening all nations. As for national or regional competitors to the United States in the 21st century, Nye says the list is long but the threats they pose are relatively modest. He argues that while the European Union, Japan, Russia, India, and Brazil all have strengths, no one nation, or even any conceivable grouping of them, is likely to contest American primacy in the foreseeable future.

The challenge the United States faces from China is more daunting and complex. Nye observes that China has considerable strengths: an economy that has grown briskly for more than three decades, a territory that is as large as the United States and with a population that is four times greater, an expanding military capability with about 250 nuclear weapons, the most Internet users in the world, and robust space and cyber capabilities. But China also has major weaknesses, including profound environmental and demographic problems and neighbors that view it with suspicion, if not hostility. Additionally, Chinese leaders now seem more intent on boosting their economy and projecting power in their region rather than aspiring to be a global hegemon.

Nye says that China still lags behind the United States in economic, military and soft power. While its economy may soon be larger than the American economy in overall size, China’s per-capita gross domestic product is far less than America’s and its innovative prowess lags woefully behind as well. China is investing increasingly large sums in its military but its spending is still well below U.S. expenditures. China has an ancient civilization and its contemporary appeal is real but remains limited.

China’s rise as a global power, Nye concludes, will take time and it poses no immediate threat to American primacy. He argues that if Chinese leaders make good policy decisions, the country’s economic vibrancy will boost its relative strength and bring it closer to the United States in power resources over the next few decades. “These relative gains do not necessarily mean that China will surpass the United States as the most powerful country,” he adds.

America’s leadership will be more seriously challenged by the diffusion of power from states to non-state actors, largely driven by the revolution in information technology. “What this means is that world politics will not be the sole province of governments,” he writes, declaring that individuals, private companies and nongovernmental organizations are playing ever-larger roles in international affairs.

Nye contends that while America’s position relative to other nations may erode, no precipitous decline is likely. However, the overall diffusion of power away from all nation states will reduce American strength. “The American century will continue in the sense of the centrality of the United States to the balance of power and American leadership in the production of public goods, but it will look different from how it did in the latter half of the last century,” Nye writes.

While the United States must confront challenges from state and non-state actors, Nye believes America’s fate will be, in large part, determined by decisions it makes. Ending political paralysis and instituting reforms in education, immigration and fiscal policy would give the nation a boost and position it nicely for the coming decades. Additionally, careful decisions on funding defense and foreign policy programs, helping create global institutions and networks, and shoring up alliances would bolster the nation.

“America has many problems, but it is not in absolute decline, and even in relative terms, it is likely to remain more powerful than any single state in the coming several decades. The real problem for the United States is not that it will be overtaken by China or another contender, but that it will be faced with a rise in the power resources of many others — both states and non-state actors. This diffusion of power will make the United States relatively less able to control others. Entropy may prove a greater challenge than China,” he writes.

Nye argues that the United States must make wise strategic choices both at home and abroad if it wishes to maintain its position. “The American century is likely to continue for a number of decades at the very least, but it will look very different from how it did when Henry Luce first articulated it,” he writes.

“Is the American Century Over?” is an excellent book that will help students of international affairs think carefully about the world and America’s opportunities and challenges in the 21st century. It’s brief, succinct and provocative.

Most of Nye’s arguments and conclusions are persuasive. However, in his assessment of American strengths and weaknesses, I think he downplays how harmful and even noxious America’s domestic political climate has become. While it’s true that the nation has endured more difficult political conflicts in the past (the Civil War is an obvious example), the current stalemate is preventing needed reforms in critical areas such as immigration and fiscal policies that would strengthen and revitalize the nation. And there is no sign this stalemate will end anytime soon.

While there are profound global forces in motion, America’s future, at least in the short and medium term, is in its own hands. The United States is largely the master of its own destiny and the future can be as be as bright and hopeful or as dark and pessimistic as Americans make it.