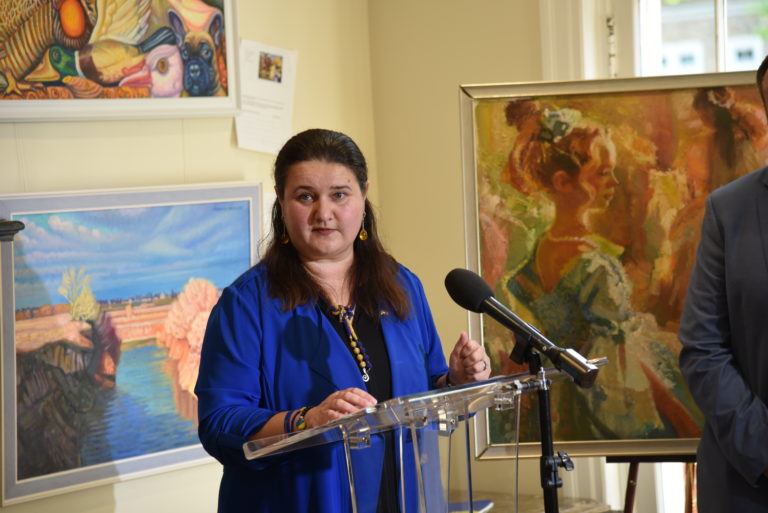 On May 20, Washington’s Ukraine House—in collaboration with Artfira and Kyiv-based Sofia-A Galleries—held an ‘Art Saves Lives’ exhibit and auction to raise funds for medical treatment of children affected by the war in Ukraine.

Sofia-A and its owner, Maksym Melnyk, have donated 35 paintings of renowned Ukrainian artists such as Andriy Antoniuk, Borys Buryak, and Victor Chaus to Ukraine House, which auctioned off most of the paintings that night.

Oksana Markarova, Ukraine’s ambassador to the United States, described the plight of Natalia and her 11-year-old twins, Yana and Yaroslav, who were injured when Russian cluster bombs struck the Kramatorsk train station. She said that Natalia and Yana, who lost their limbs in the attack, will be among the first to receive assistance from funds raised at the art auction.

“We decided that proceeds from this beautiful art will help us get some of our children to the US, have their prosthetics done, and help them return to normal life and be an inspiration for their families, and for all of us,” she said.

The paintings will remain on exhibit at Ukraine House until May 31. 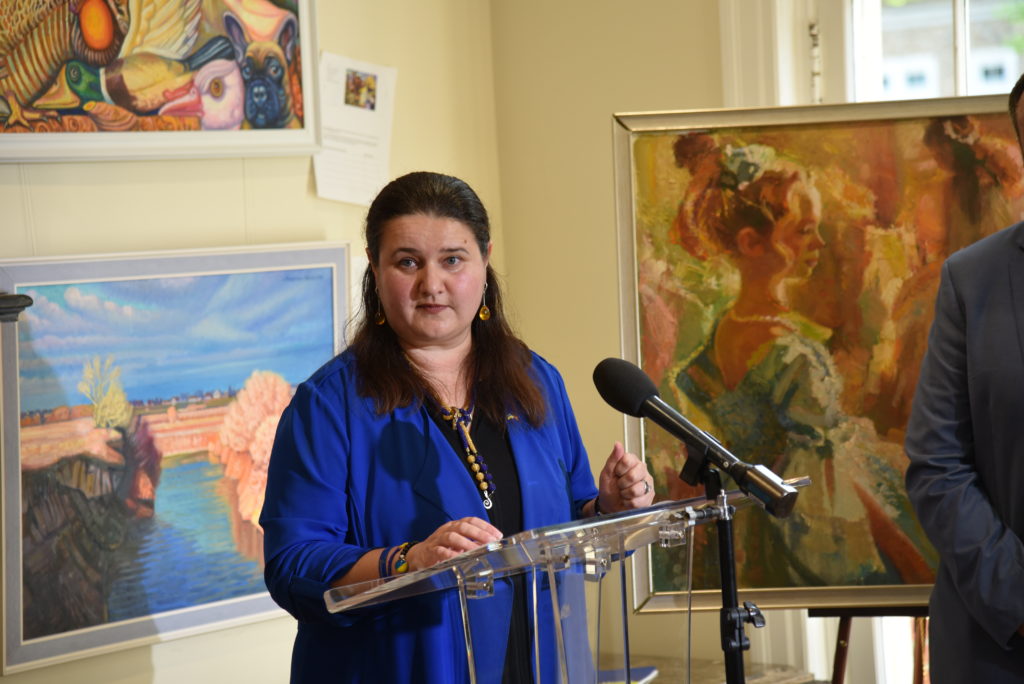 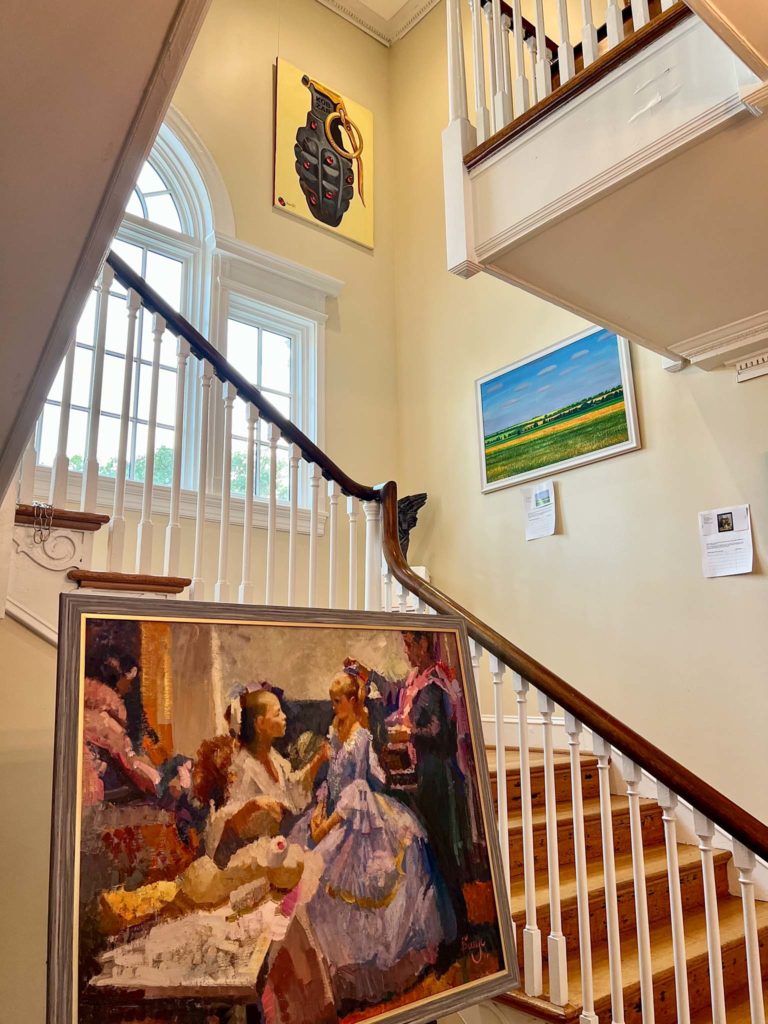 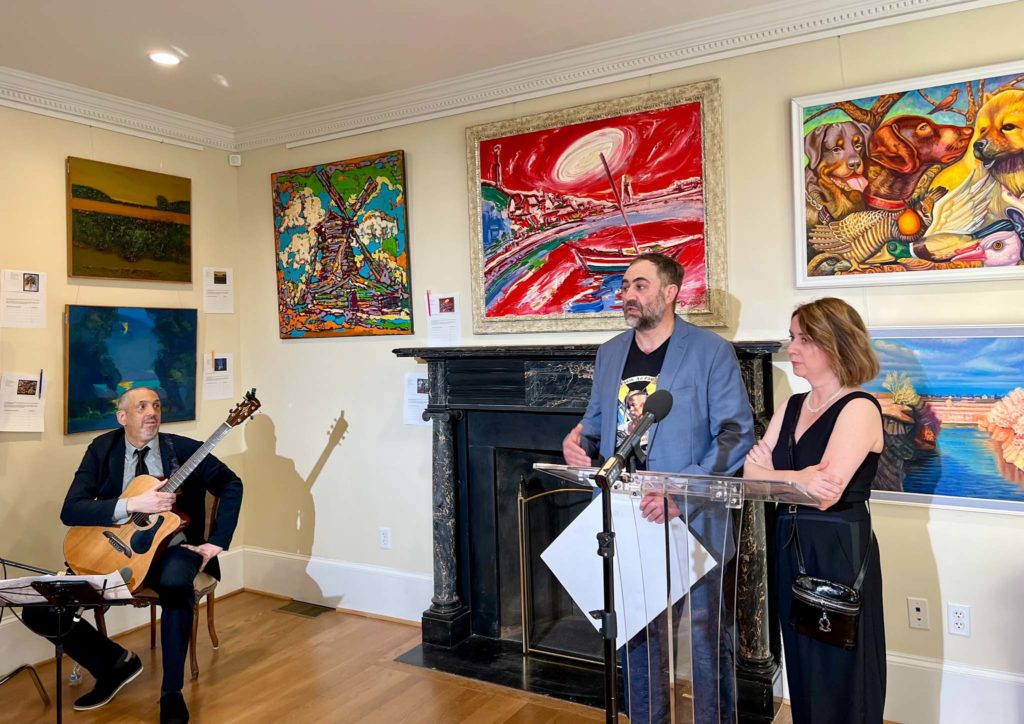 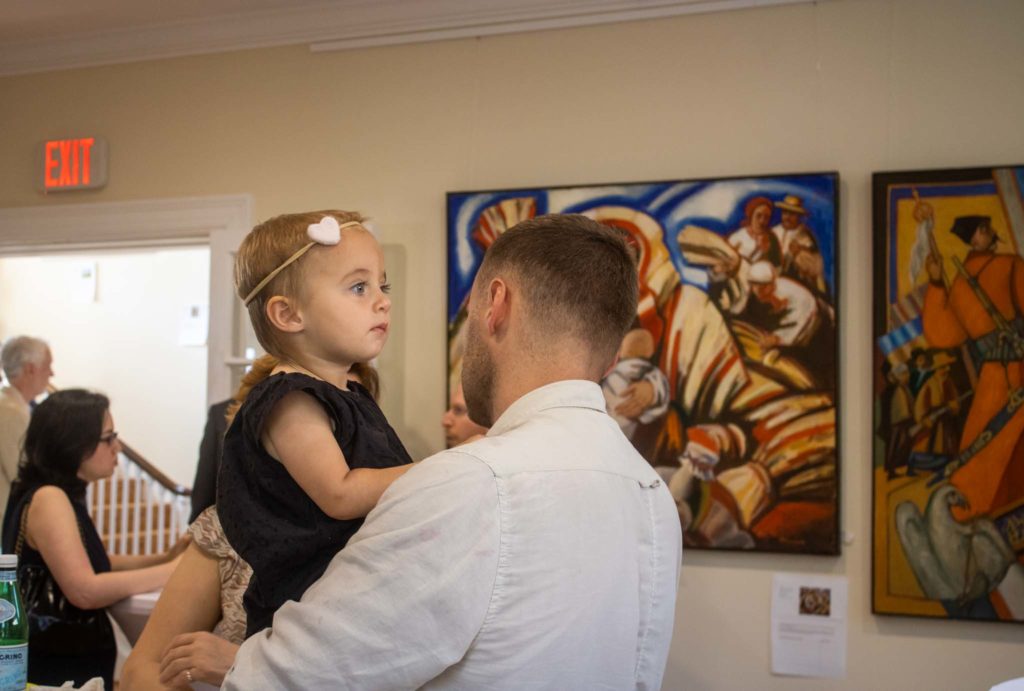 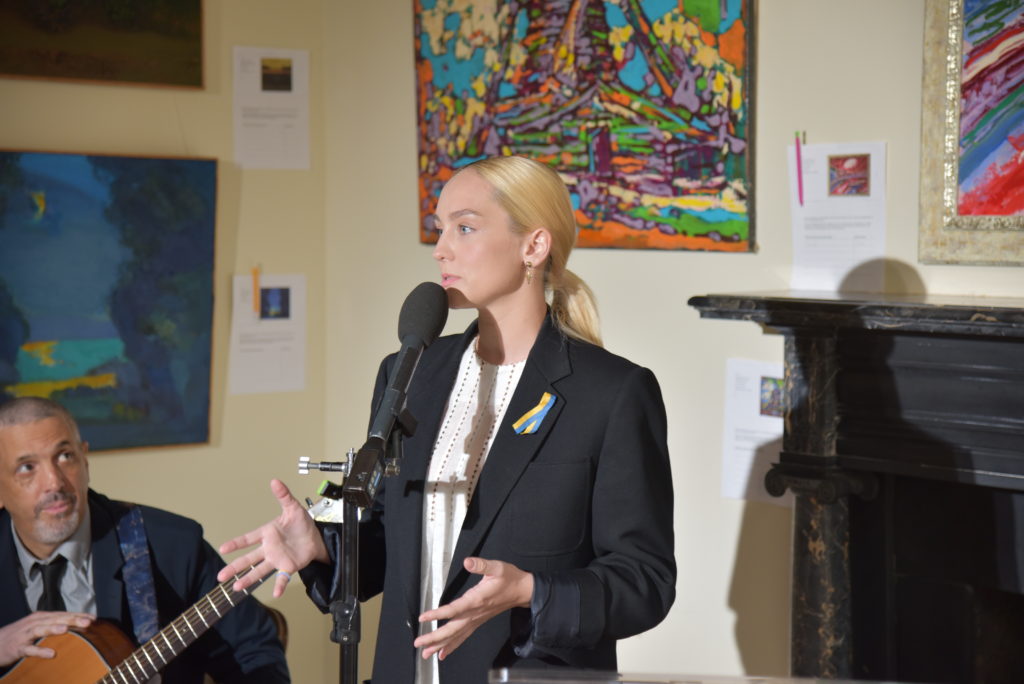 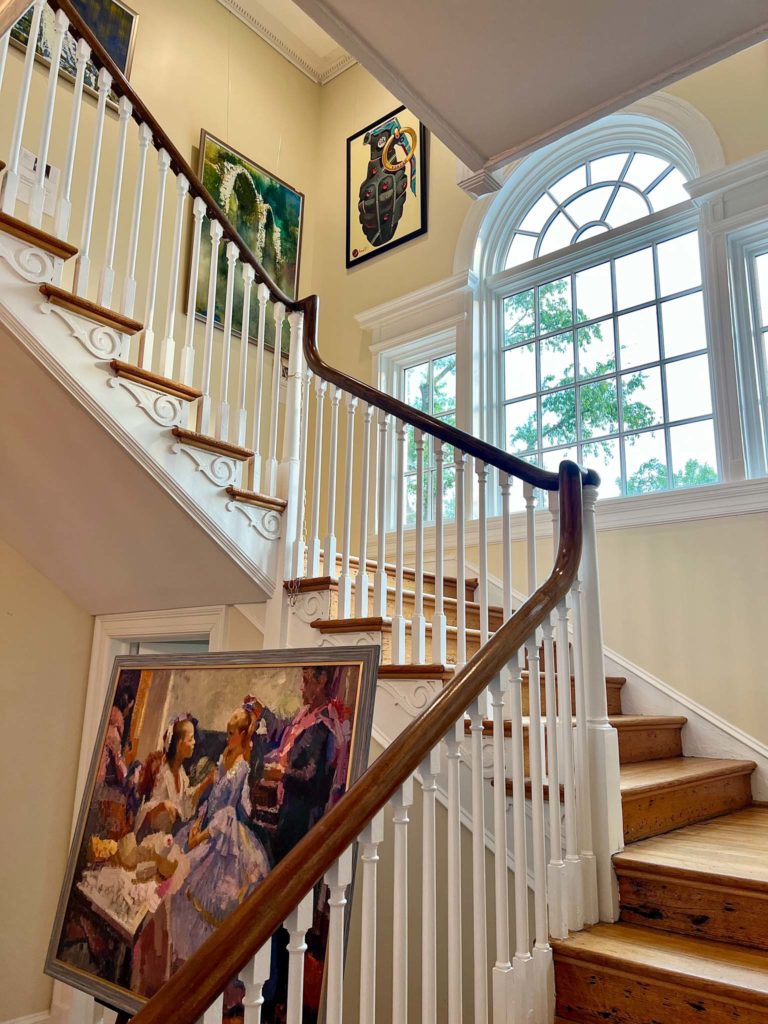 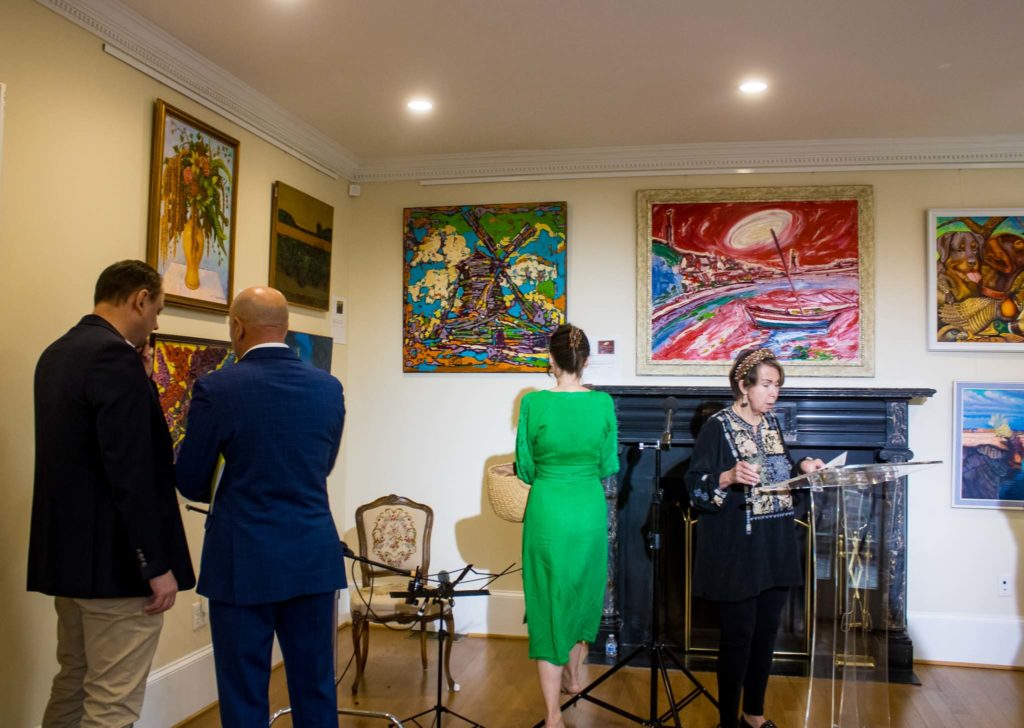 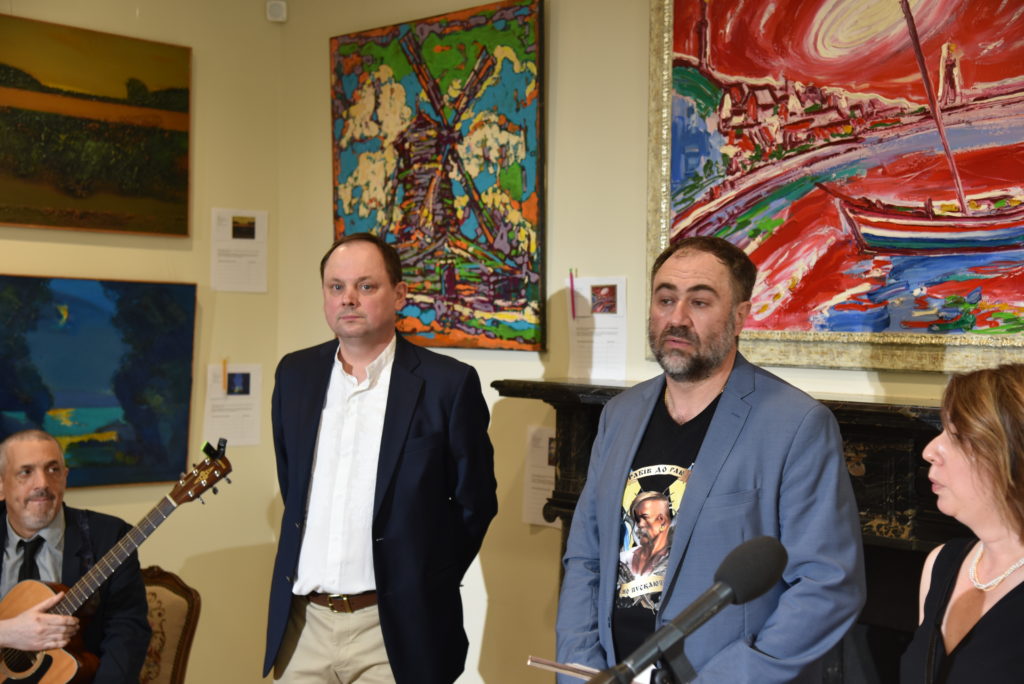 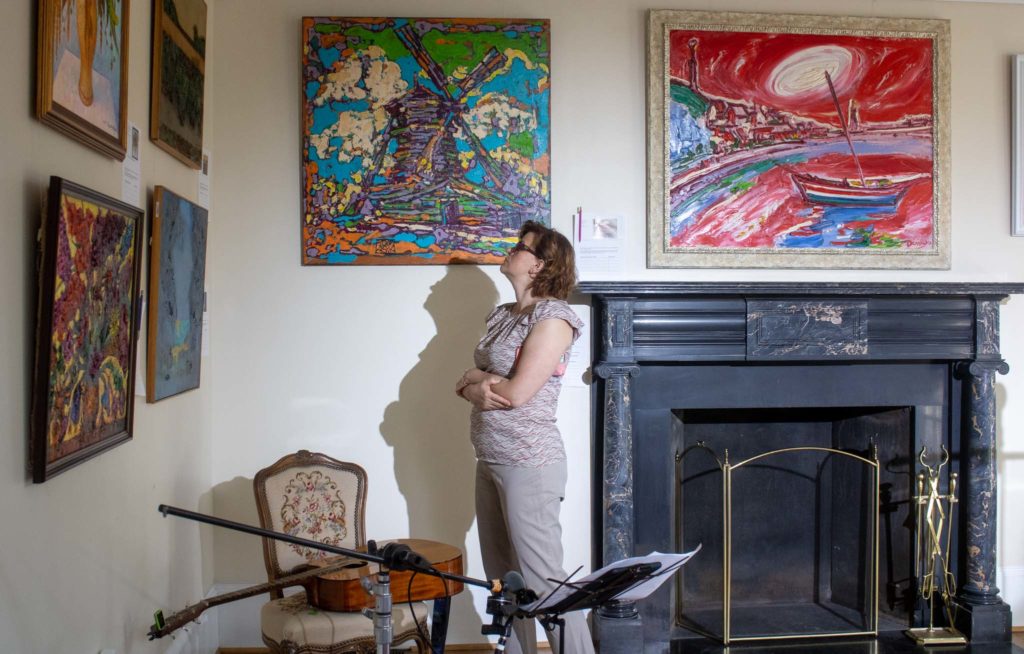 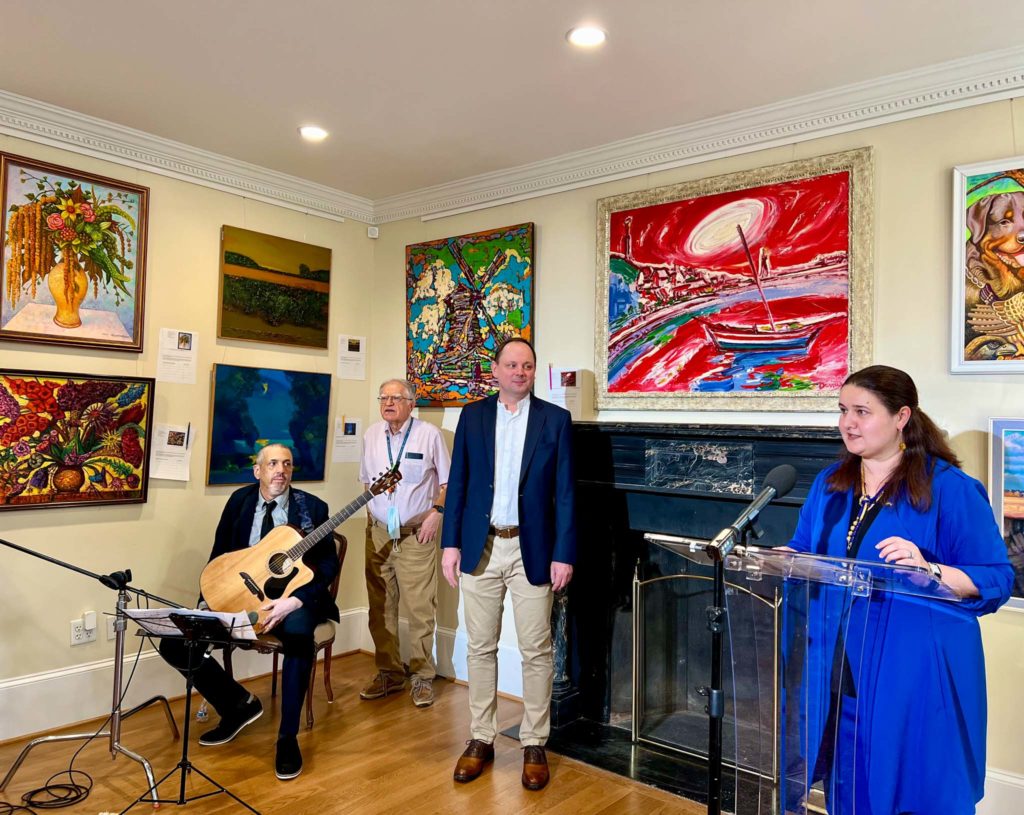 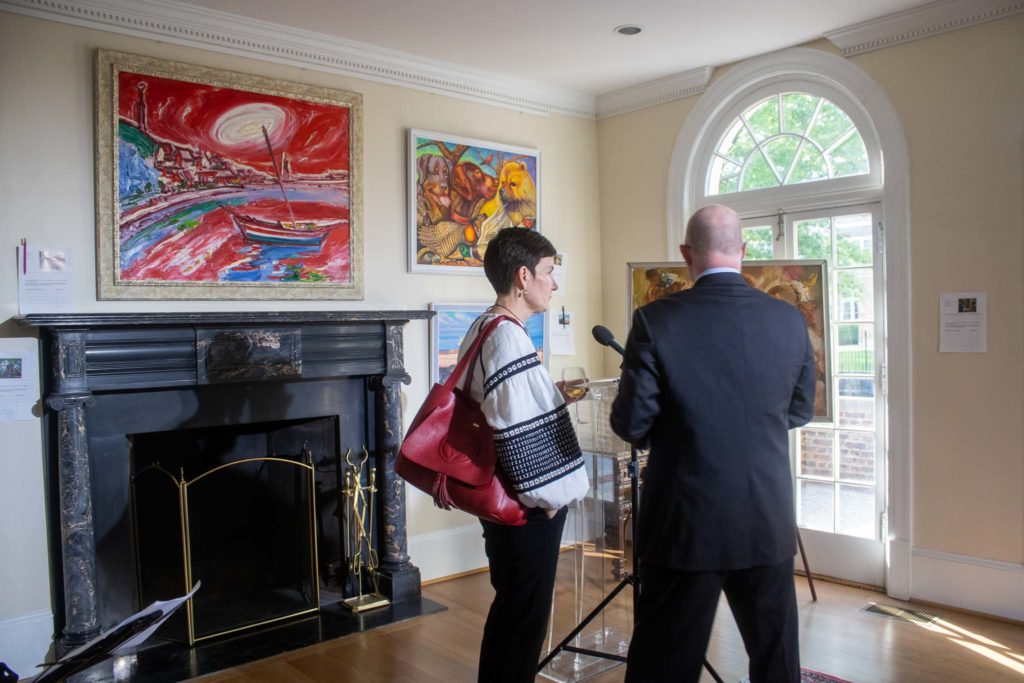 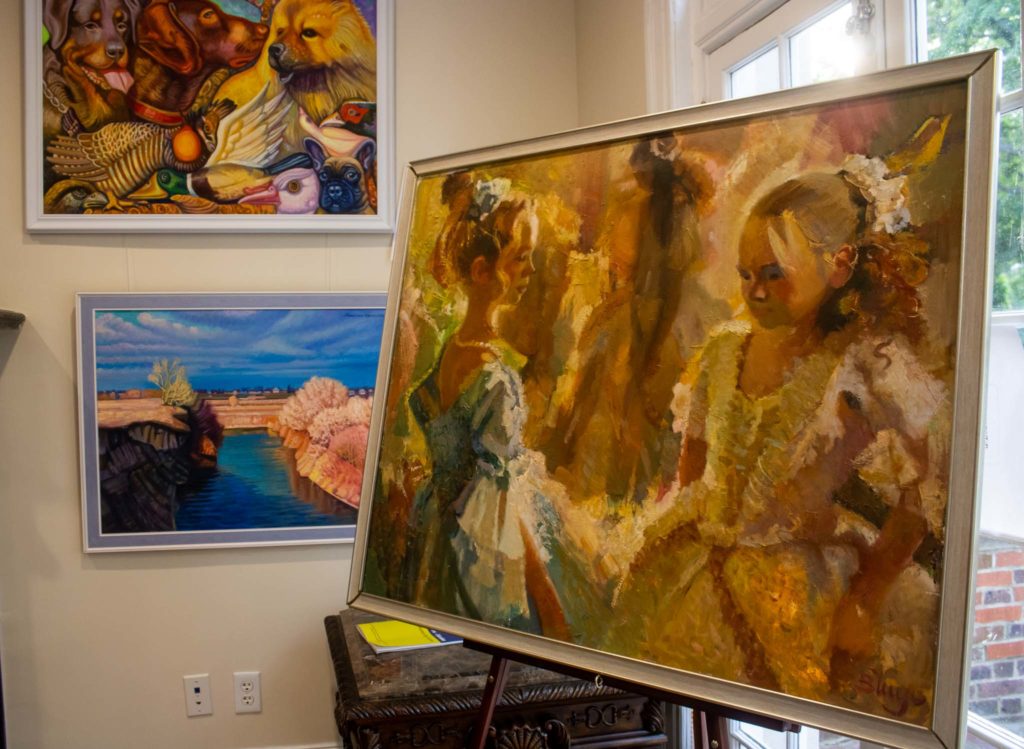 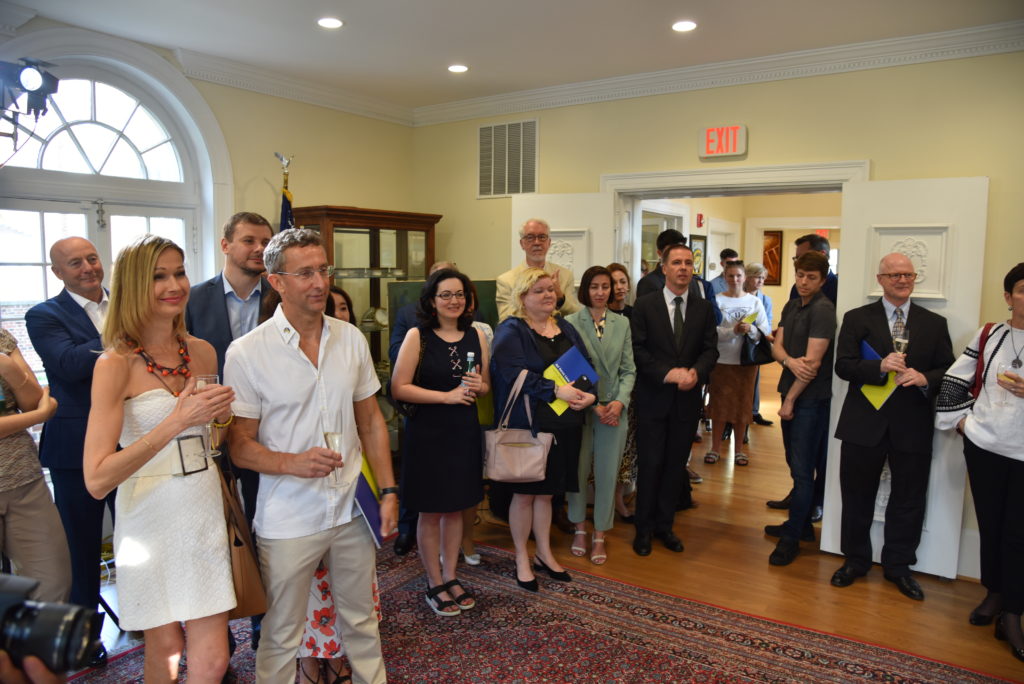 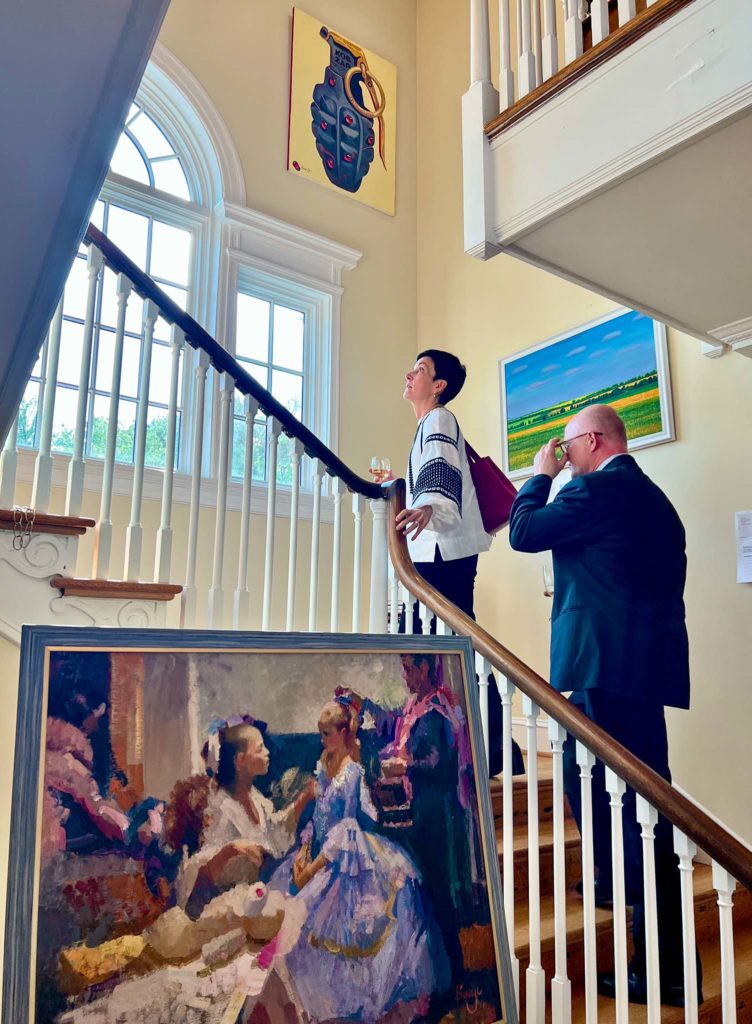 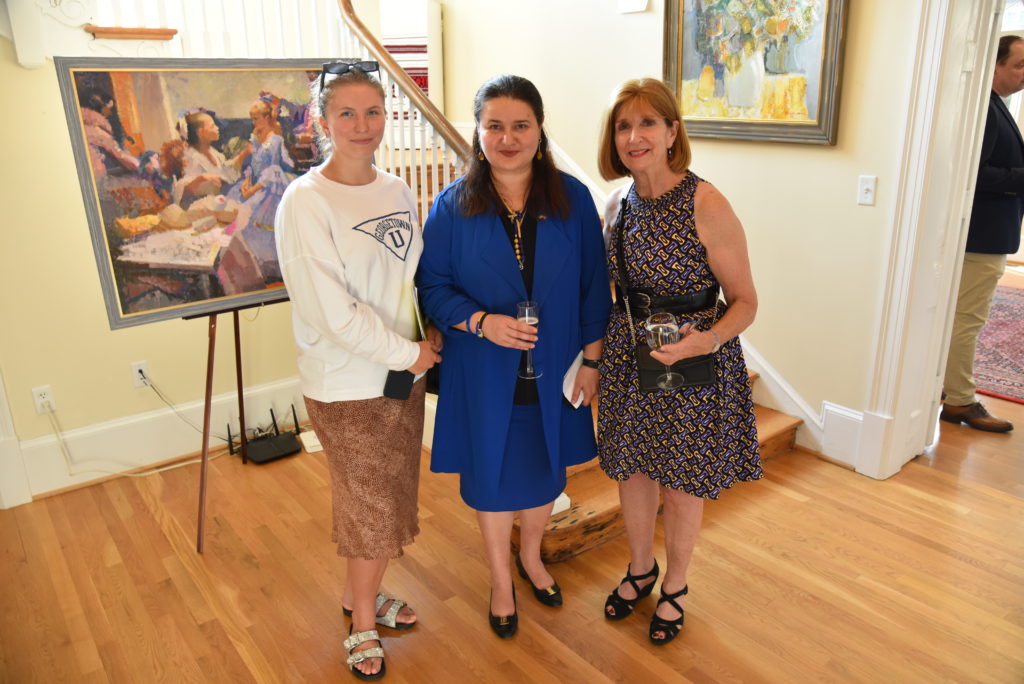 On June 3, the Embassy of India hosted a curtain-raiser for the International Day of Yoga that featured a presentation by professional counselor and yoga meditation teacher Aparna Ramaswamy. The talk focused on the neuroscience of yoga, followed by a yoga practice and guided meditation.

The embassy’s deputy chief of mission, Sudhakar Dalela, delivered opening remarks on the benefits and importance of yoga.

“Yoga promotes unity of mind and body, unity of thought and action, and a holistic approach that is valuable for health and well-being,” Dalela said. “During the last two years of the challenging pandemic, several people shared with me how yoga has played an important role in improving their physical health and mental well-being.”

Ramaswamy added: “Yoga is meditation. If you can breathe, you can meditate. Yoga aligns all parts of ourselves, so we stay connected within us, and with the ground, with the outside, with everybody.”

After the June 3 presentation, guests spread their yoga mats and joined a class led by yoga expert Mohan Tirumale.

The International Day of Yoga, celebrated annually on June 21 since 2015, is returning to the District for the first time since the pandemic began, allowing the public to practice yoga and meditation in front of the Washington Monument this Saturday, June 18.

In 2014, Indian Prime Minister Narendra Modi—in a United Nations speech—suggested June 21 as the official International Day of Yoga because it’s the longest day of the year in the Northern Hemisphere and marks the beginning of summer, thus carrying a special significance in many parts of the world. 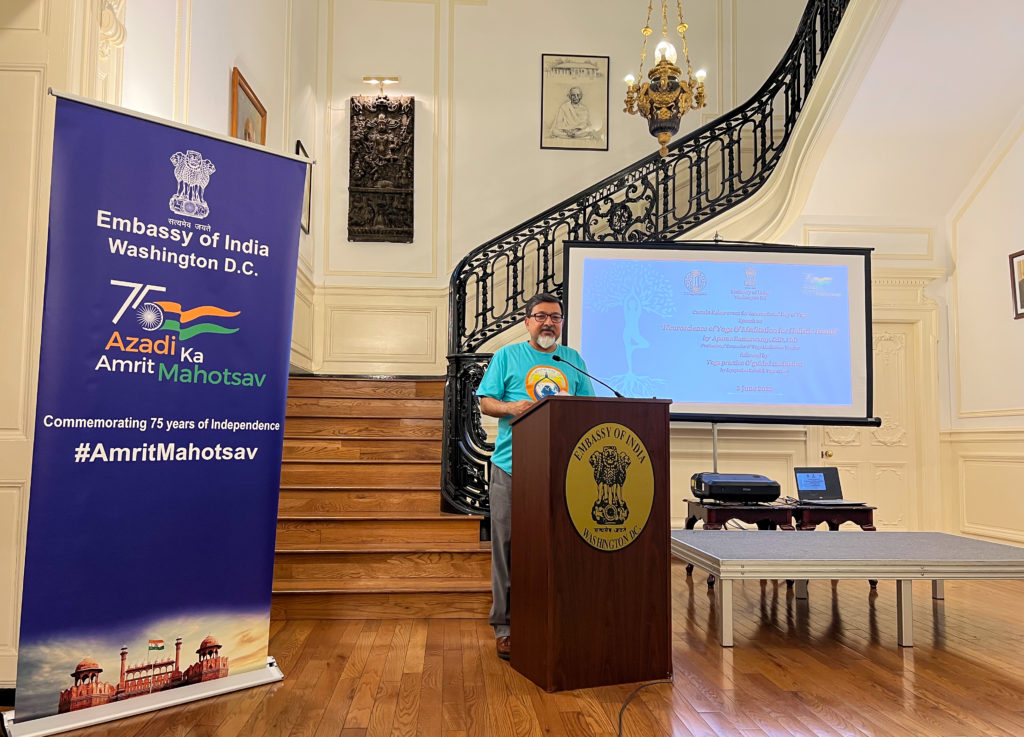 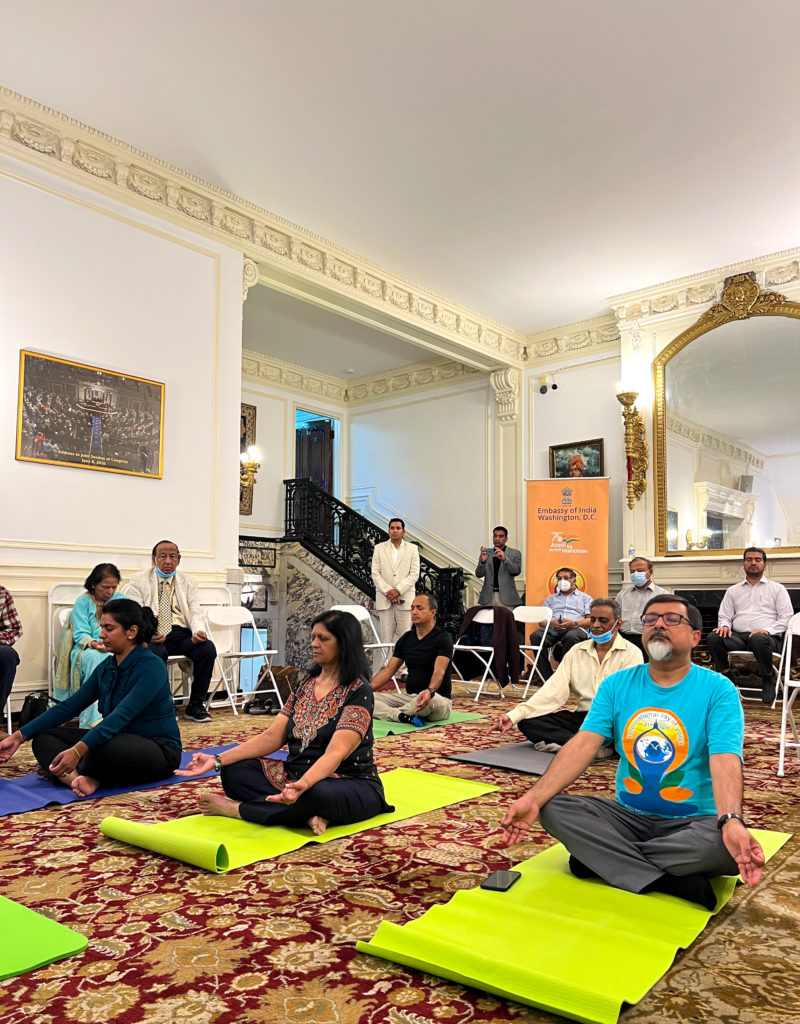 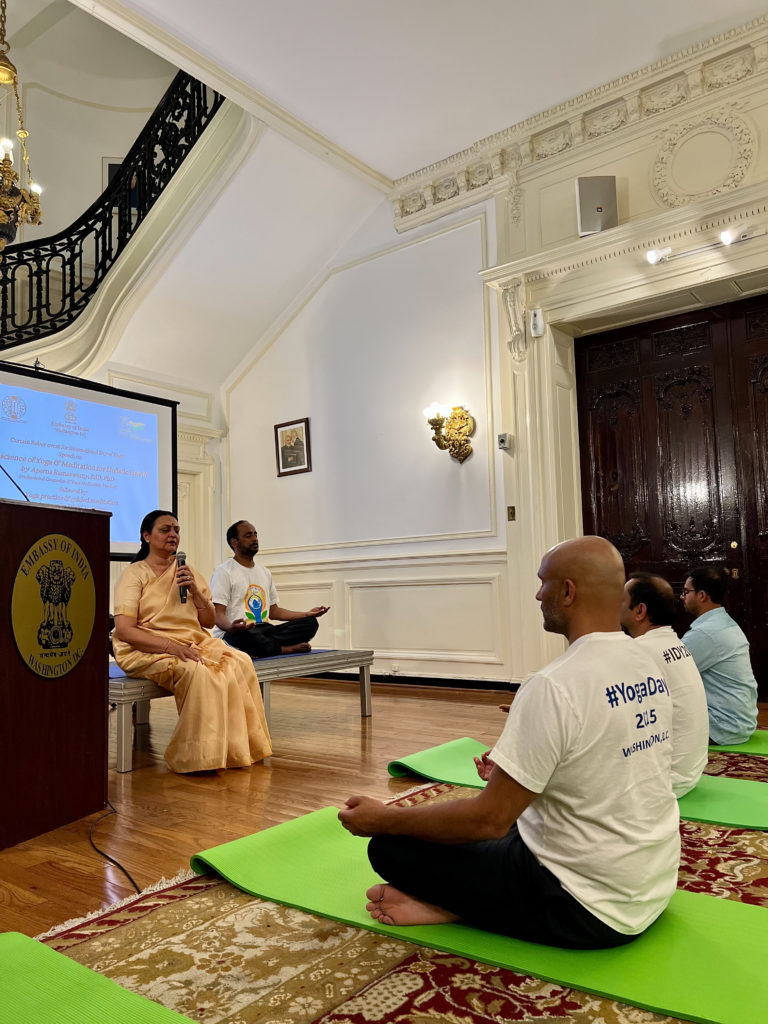 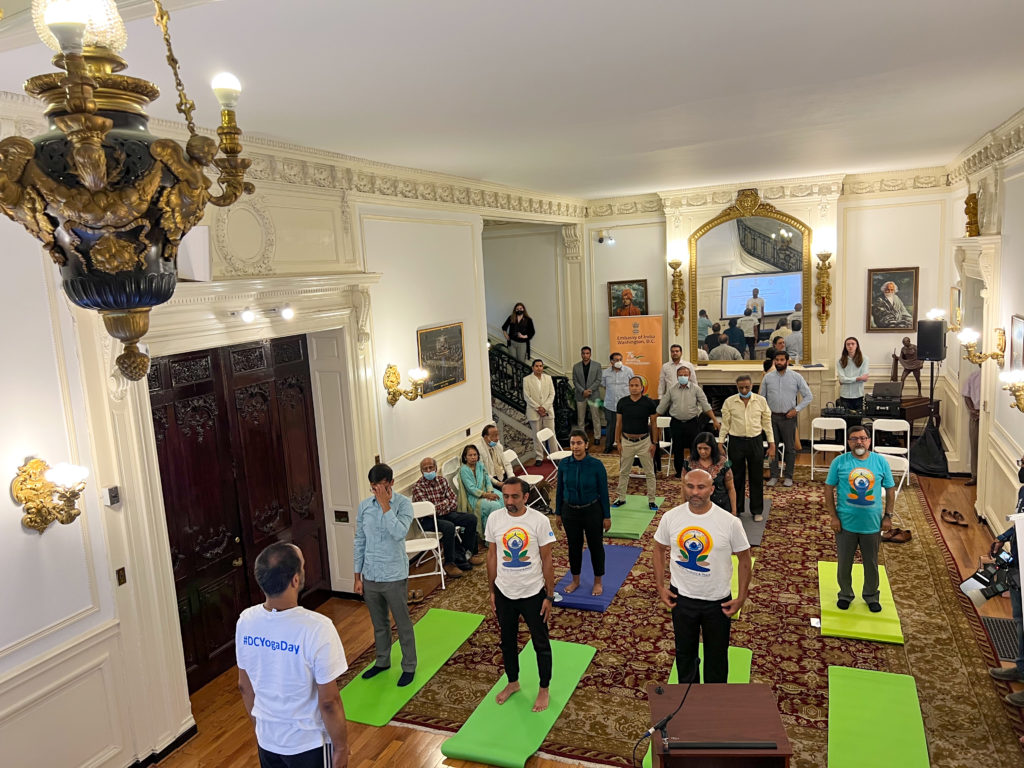 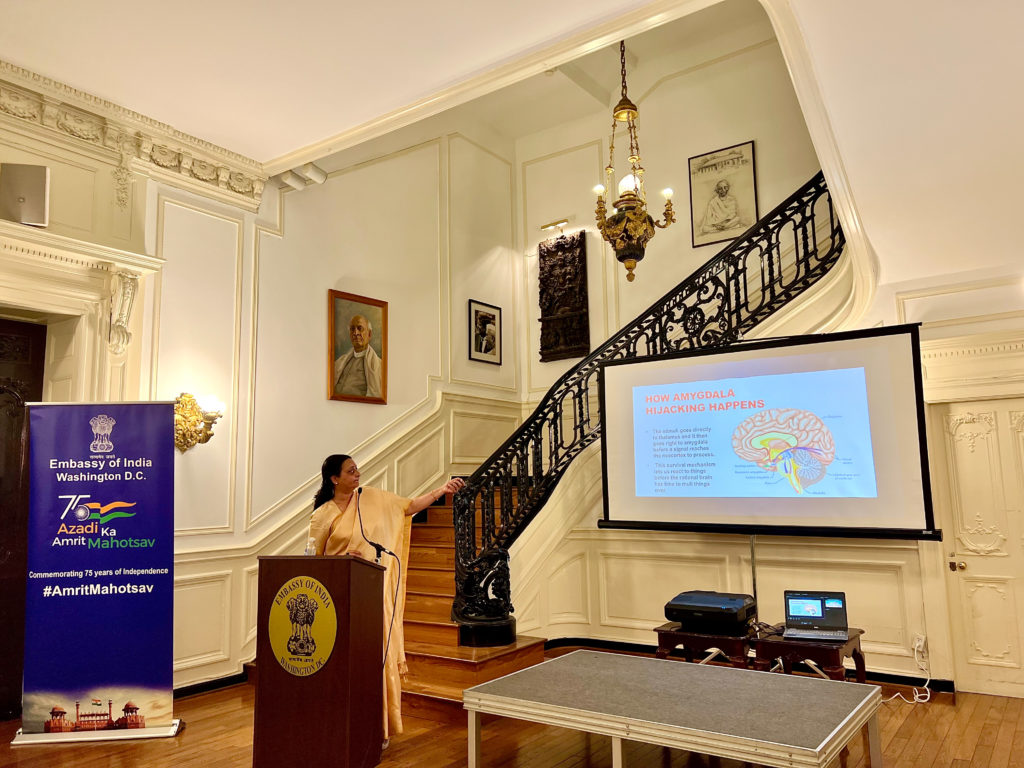 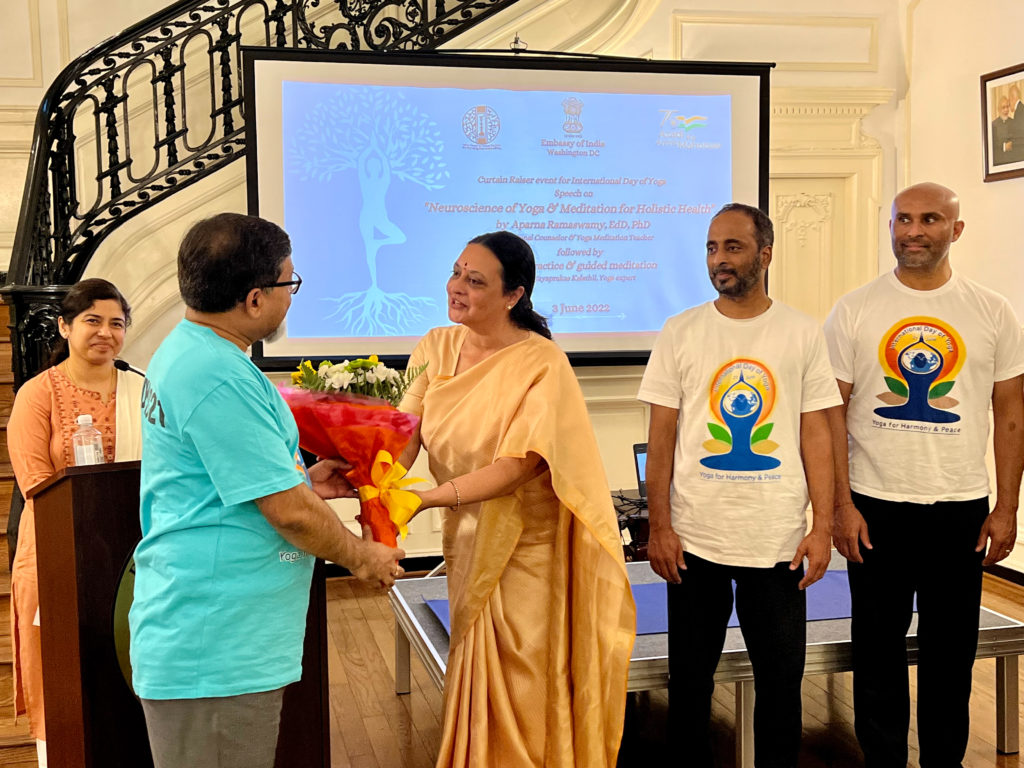 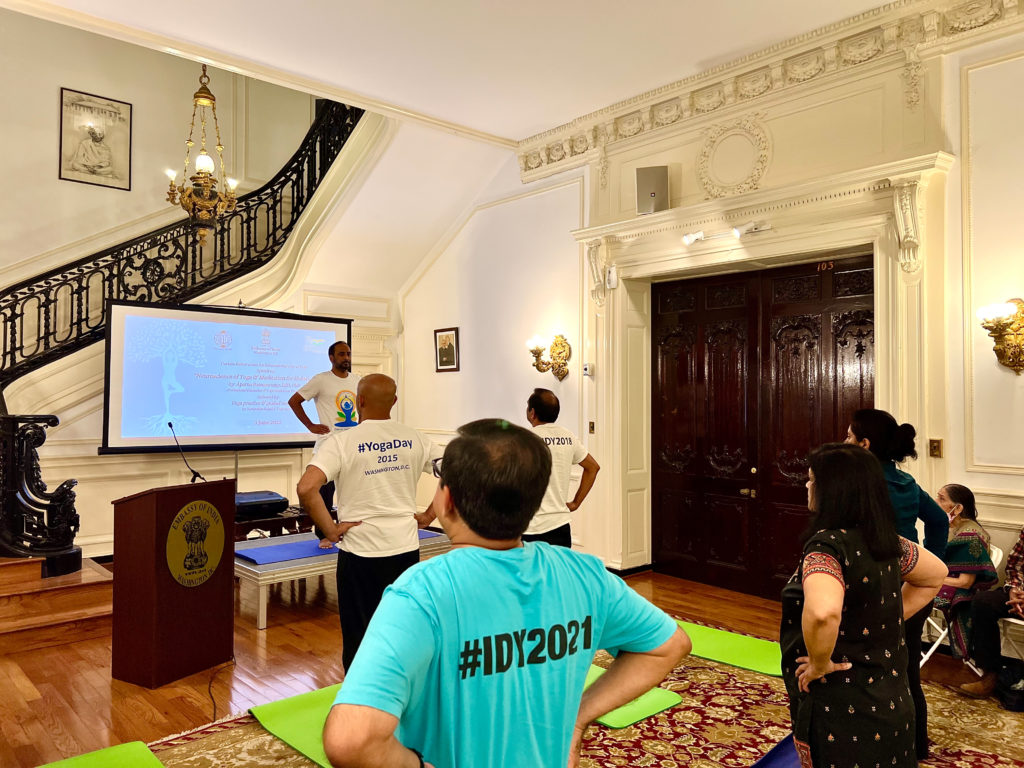 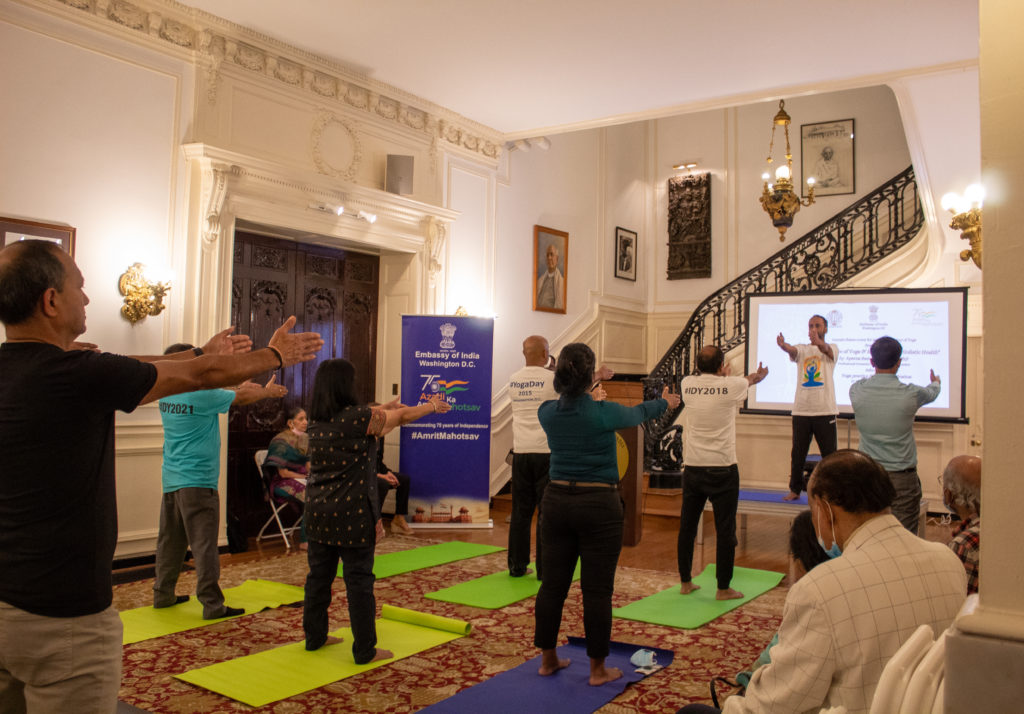