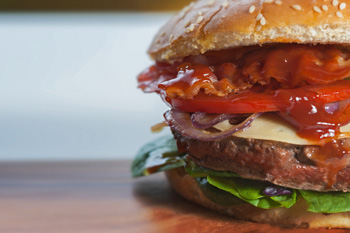 Unhealthy diets may have contributed to as many as 400,000 premature deaths from heart disease and strokes in 2015, a new study estimates.

And it’s not just the things you should be avoiding — such as salt and trans fats — that are contributing to these deaths. The excess deaths may also be caused by what’s missing in your diet — namely, nuts and seeds, vegetables and whole grains, the researchers said.

“Cardiovascular disease is the number one cause of death in the United States, killing more people in 2015 than any other cause,” said lead researcher Dr. Ashkan Afshin of the University of Washington in Seattle. He’s an acting assistant professor of global health at the university’s Institute for Health Metrics and Evaluation.

“Poor diet is the top risk factor for cardiovascular disease death and, therefore, deserves attention from decision-makers in the U.S. when setting health agendas,” Afshin said.

The study results suggest that nearly half of heart disease and stroke (cardiovascular disease) deaths in the United States might be prevented with improved diets, he explained.

Debates on dietary policies in the United States tend to focus on cutting out unhealthy foods and nutrients, such as trans fats, salt and sugar-sweetened beverages. But this study shows that a large number of heart-related deaths may be due to a lack of healthy foods, Afshin reported.

“This study highlights the urgent need for implementation of policies targeting these unhealthy food groups as well healthy foods, such as nuts, whole grains and vegetables,” he said.

The study data came from the U.S. National Health and Nutrition Examination Survey from 1990 to 2012. The researchers also used food availability data from the Food and Agriculture Organization of the United Nations and other sources.

Looking at deaths in the United States from heart and blood vessel diseases for 2015, the investigators found unhealthy diet choices and lack of eating healthier foods played a role in the deaths of more than 222,000 men and over 193,000 women. The study could not, however, prove a direct cause-and-effect relationship.

Samantha Heller, a registered dietitian, said, “If someone’s diet is low in nuts, seeds, fruit, fiber, whole grains and vegetables, then they are likely replacing those foods with less healthy options, such as deli meats, cheeseburgers, fried chicken, sodas, boxes of mac and cheese, sugar-sweetened beverages and other highly processed, junk, fast and prepared foods.” Heller is a senior clinical nutritionist at the New York University Langone Medical Center.

“A crummy diet means the body has to work at Mach-10 to battle the onslaught of biochemical, physiological and inflammatory consequences. No wonder so many of us complain about being exhausted all the time and suffer from very serious and oftentimes preventable cardiovascular diseases,” she said.

A more plant-based, whole-food approach to eating reduces internal inflammation, which in turn helps protect and heal “gunked up” arteries and an overworked heart. It also enhances the immune system, improves gastrointestinal and brain health, and boosts energy, Heller explained.

Heller recommends simple swaps, such as: sliced avocado, tomato and hummus on whole grain bread instead of a ham and cheese sandwich; a veggie burger topped with salsa instead of a cheeseburger; brown rice, vegetable-edamame paella instead of mac and cheese; and a salad pizza instead of a pepperoni pizza.

“The good news is it is never too late or too early to ditch unhealthy foods, dig into a plate of vegetables, legumes, fruits, nuts, seeds and whole grains, and watch how our bodies respond by getting healthier and happier,” Heller said.