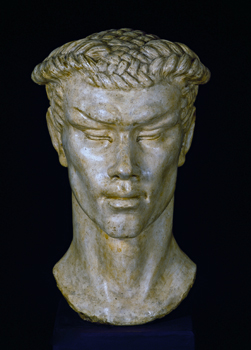 The Ballets Russes, founded by Russian impresario Sergei Diaghilev in Paris in 1909, was impossibly hip for its time.

Employing lush costumes, often highly sexual plotlines, and a combination of Russian and Western traditions mixed with a big dollop of modernism, the company thrilled and sometimes scandalized its audiences.

Spanning from 1909 until 1929, the touring ballet company launched performing arts to new heights by mixing artists, composers, choreographers, dancers and fashion designers into an explosive and endlessly provocative work of complete art.

An expansive, yet focused, exhibition at the National Gallery of Art —”Diaghilev and the Ballets Russes, 1909-1929: When Art Danced with Music” — celebrates the high art of this groundbreaking company, which managed to be artistically excellent without ever being stuffy.

Adapted from the exhibition conceived by and first shown at London’s Victoria and Albert Museum in 2010, the National Gallery presentation draws upon that rich survey, including some 80 works from the V&A’s renowned collection of dance artifacts, and adds about 50 objects, generously offered by more than 20 lenders, private and public.

A relentless innovator who saw his family fortune dissolve in bankruptcy when he was just 18, Diaghilev thrust himself into the world of Russian art, first as a researcher, critic editor, publisher and exhibition organizer and later, of course, as a purveyor of legendary, cutting-edge ballet. In 1905, as unrest gripped his homeland, Diaghilev staged a major exhibition in Paris, pulling together a collection of some of the best Russian paintings from the previous two centuries, which were displayed at the Salon d’Automne. The exhibition was a huge success and fueled the Russian’s rise in the highly discerning Paris art world. He would return to his homeland only once in his brief life, cut short by illness when he was 57.

Diaghilev fiercely protected his productions and refused to allow any filming or other recording of his artistic exhibitions. But the National Gallery exhibition includes a bootleg clip of “Les Sylphides,” a ballet performed in Montreux, Switzerland, in 1928. If you watch until the end (about 45 seconds), you’ll see suit-and-hat-clad spectators filing into the outdoor theater along the right side of the frame. The effect is not unlike spying on something spectacular. 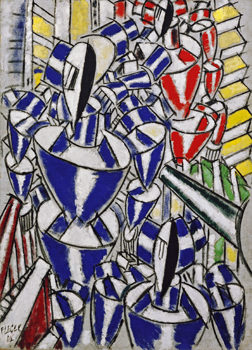 In the third gallery, my eyes were drawn — perhaps by the National Gallery’s expert lighting — to a bust created by sculptor Una Troubridge of Vaslav Nijinsky, a ballet choreographer often cited as the greatest male dancer of the early 20th century. The plaster visage features braided hair that from a distance almost resembles snakes. The perfect symmetry, Asian features and masculine but slightly androgynous presentation are mesmerizing.

It — along with a smattering of photographs and an equally dynamic bust by Auguste Rodin — are a fitting homage to the brainchild behind “The Rite of Spring,” which took the art world by storm exactly a century ago. With Nijinsky’s angular, avant-garde choreography and Igor Stravinsky’s experimental score, the watershed piece stunned audiences — even sparking a riot during its premiere at the Théâtre des Champs-Elysées in Paris.

The sensation served its purpose, elevating the Ballets Russes to international prominence. A critical revival of “The Rite of Spring” was performed in 1920 — underwritten by French couture maven Coco Chanel, whose fashions inspired many of the company’s costumes.

Diaghilev’s success depended primarily on his ability to identify and bring together the most creative artists of his day. Recognizing the vitality of contemporary art, he called upon Léon Bakst, Natalia Goncharova, Pablo Picasso, Henri Matisse and Giorgio de Chirico, among others, to create dynamic set designs and exquisitely decorated costumes that shared a unified aesthetic.

They in turn brought the most important artistic developments of the early 20th century — including futurism, cubism and surrealism — to the ballet stage. Diaghilev also commissioned ballet scores from innovative composers such as Igor Stravinsky, Sergei Prokofiev and Erik Satie, and featured dancers noted for their technical brio, making the company a breeding ground for musical and choreographic innovation: Mikhail Fokine, Vaslav Nijinsky, Léonide Massine, Bronislava Nijinska and George Balanchine all dramatically expanded the vocabulary of movement. The troupe’s productions — notably the infamous “Rite of Spring,” now celebrating its 100th anniversary — instigated a revolution in dance. This exhibition seeks to highlight these and other connections fostered by Diaghilev.

Diaghilev and the Ballets Russes, 1909-1929: When Art Danced with Music

through Sept. 2
National Gallery of Art
located on the National Mall between 3rd and 9th Streets at Constitution Avenue, NW
For more information, please call (202) 737-4215 or visit www.nga.gov.