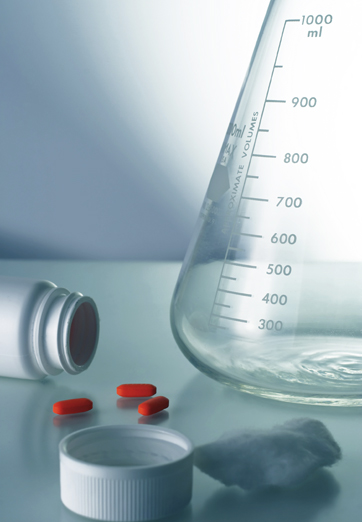 Between 2011 and 2012, spending on prescription drugs actually dropped for the first time in more than 50 years. According to the IMS Institute for Healthcare Informatics, prescription drug spending went down by 1 percent, to $327.5 billion, as many popular medications, like the cholesterol drug Lipitor and the asthma/allergy drug Singulair, lost patent protection and cheaper generic versions became available. That’s the first such decline since IMS began tracking prescription spending in 1957.

Good news, right? Not so fast. Although overall prescription drug spending declined, spending on one category — specialty medications — hit an all-time high in 2012, according to Express Scripts, the nation’s largest pharmacy benefit manager. Spending on medication for hepatitis C alone rose by 33.7 percent. Today, specialty medications make up about a quarter of the total spent on drugs in the United States, but by 2030, experts predict that these medications will account for half of our prescription drug spending.

Conditions like acid indigestion, high cholesterol and high blood pressure are much more common than the diseases treated by specialty medications, such as multiple sclerosis, rheumatoid arthritis, HIV and hepatitis C. But they’re usually much less challenging to manage, and almost always much less costly.

For example, Gilenya, a relatively new drug that treats multiple sclerosis, has impressive advantages: It reduces relapses from MS by about 55 percent, significantly better than the longstanding injectable drug rate of about 31 percent. And it’s the first MS drug to come in pill form.

But it also costs about $58,000 a year. Two other new MS drugs, Tecfidera and Aubagio, cost between $45,000 and $55,000 annually. This means that just one or two patients with complex medical conditions requiring specialty medications can run up the cost of a company’s employer-provided health insurance very quickly. Not surprisingly, employers and health insurance companies are looking for ways to reduce that spending.

What does that mean?

For starters, it means that people with these chronic conditions can expect much more rigorous scrutiny of their prescriptions, and their doctor’s choice of medication.

If you have health insurance that covers prescription drugs, it’s almost certain that your medication benefit is administered by what’s called a “pharmacy benefit manager (PBM)” — third-party organizations that take over the drug portion of health plans.

One strategy these PBMs are using to control the exponential growth of specialty medication costs is what’s called a “step edit” or “fail first” policy. The idea is to start with what is accepted as the most cost-effective and safest treatment, progressing to costlier and more potentially risky therapies if the initial treatment fails.

It seems to make sense, but in many cases, patients and physicians argue that they have been forced to jump through unnecessary hoops and go through months and months of treatment that doesn’t work in order to get authorization to pursue the treatment that was initially denied.

A survey conducted in Maryland in 2010 found that the vast majority of the state’s physicians — 88 percent — said that step therapy and other such practices were burdensome, and that more than three in four had considered moving their practice to another state or going strictly fee-for-service, no longer billing health insurance, to avoid these burdens. A number of states have introduced legislation that would permit physicians to override “fail first” or step therapy requirements in some cases.

Another way many health insurance plans and pharmacy benefit managers are trying to cut the cost of specialty medications is through something called “site of care optimization.” It’s more expensive, for example, to get an IV infusion of a rheumatoid arthritis medication at a hospital’s outpatient clinic, as compared with a doctor’s office. The doctor’s office, in turn, is usually more expensive than a dedicated outpatient infusion center — big pharmacy chains like Walgreens are starting to put these centers in the same locations as their retail pharmacies. And often the least expensive place to get the treatment would be at the patient’s home.

A recent report from Walgreens found that it actually cost 86 percent more to deliver the exact same treatment in a hospital-based outpatient facility than in other, less expensive locations. Of course, if you’re a high-risk patient — for example, if you’ve had past serious allergic reactions to a treatment — therapy in a hospital-based facility is safer. But many experts say that most patients could safely and, in many cases, more comfortably receive their infusions in less costly places.

There seems to be no question that the rising tide of specialty drug costs won’t be sustainable in the long run. Instead, the question is: Will programs like step therapy and site of care optimization, and other care management programs now being explored by third-party payers, be enough to keep these costs under control? And can they do it without cutting corners on patient care? Only time will tell.