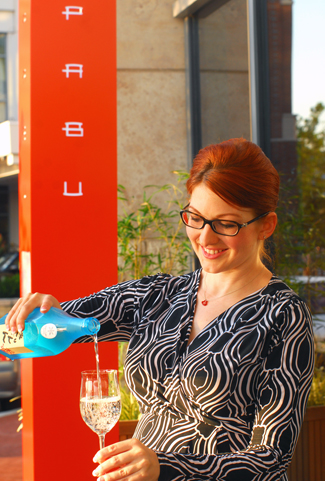 Those seeking an unusual Japanese dining and drinking experience can look no further than Baltimore, of all places, at the recently opened Four Seasons. The luxury hotel’s newly opened Pabu restaurant offers its patrons an array of Japanese delicacies and — in the tradition of izakayas, or Japanese pubs — at least 100 brands of sake, including 30 by the glass.

“There are a few such places in New York and D.C., but nothing like this in Baltimore,” says Pabu’s manager, Josh Liberman. “Because we’re a pub, everything is designed to be casual, but it also meets Four Seasons standards.”

Tiffany Dawn Soto, beverage manager at the Four Seasons in Baltimore, is the first non-Japanese woman ever to earn the title of “kikizake-shi” — master sake sommelier.

When it comes to drinking, however, sake wins hands-down at this establishment.

Sake (pronounced “SA-kay”) is a fermented rice beverage containing 12 to 21 percent alcohol. Produced for the last 2,000 years, it is the Japanese national drink — and at least 18,000 versions of sake are known to exist.

“It has to be produced in a traditional method that’s congruent with the outlines laid out by Japan’s Department of Taxation,” explained Tiffany Dawn Soto, beverage manager at Four Seasons and the first non-Japanese woman ever to earn the title of “kikizake-shi” — master sake sommelier.

“I always liken sake now to where wine was in the 1980s,” said Soto, president of the North American Sake Institute. “Back then, people looked at wine as something you drank only when you went to a steak house. It wasn’t something people drank at home with dinner. Sake is now in its infancy. You have to work really hard to make it more acceptable and more a part of the dining experience.”

Born in San Diego and raised in Las Vegas, the 30-year-old Soto majored in advertising at the University of Nevada. That’s where she took a wine-tasting class and discovered her calling in life. Her husband, Ryan Cianci, is also a sommelier and law student at the University of Baltimore. In his spare time, he lobbies for an organization called Marylanders for Better Beer and Wine Laws, which claims 25,000 members.

“I was a wine sommelier first and a sake sommelier second. I’ve always loved both,” Soto told The Diplomat in between shifts at work. “I happen to be very good at sake. The whole beverage world has always been important to me. This was the perfect mix for me, to have multiple outlets [at the Four Seasons] and multiple beverage programs.”

To educate the public on the joys of sake, Soto has begun teaching classes the second Saturday of every month at 4:30 p.m. at Pabu.

“We’ve had three classes so far. It costs $25 and it’s a long class, but you get to taste amazing sake and eat amazing food,” she said, noting that no prior knowledge is necessary. “The more people know about sake, the more commonplace it will become. We’re working with wine stores to carry sake, teaching them how to store it properly.” 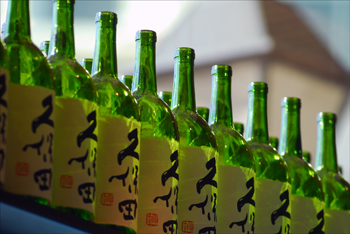 Pabu, the new restaurant at the Four Seasons in Baltimore, is a Japanese-style pub with more than 100 brands of sake, including 30 by the glass.

The self-described sake maven says that above all, the beverage must be stored properly. “Light is the enemy of all alcohol, but sake is more sensitive than wine. It must be refrigerated and kept in the dark,” she told us. “It has a shelf life of one and a half or two years, but if stored improperly, you can have it go bad in a month or two.”

Economically, she said, it makes more sense to buy sake than wine “because it lasts three weeks in the refrigerator after opening, so you don’t have to rush to drink it.” In addition, it has one-third the calories of wine and no sulfites. And because there’s very little residual sugar, sake is unlikely to give you a hangover.

As if that’s not enough, sake is also gluten-free, vegan and in some cases even kosher.

Soto said Pabu stocks bottles ranging in price from $12 to $1,500, though most of its brands fall into the $50 to $100 range. “I prefer to serve it in a glass that best amplifies whatever is special about that sake,” said Baltimore’s own kikizake-shi, adding that a common misconception in this country is that sake should always be served hot.

Cool or cold is much better, Soto insists, though she concedes that “we will gently warm sake if a guest really wants it that way.”