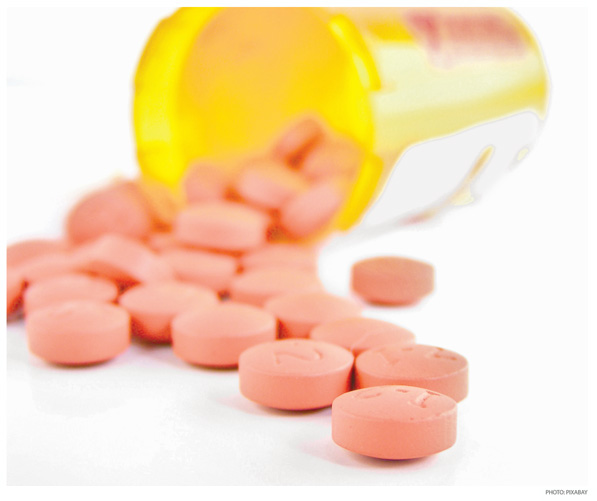 Between 2000 and 2015, researchers found that U.S. life expectancy increased overall — from nearly 77 years to 79 years.

But buried within that broad pattern were some ominous trends. The death rate from drug overdoses more than doubled, while that from opioids specifically more than tripled, said lead researcher Dr. Deborah Dowell. She is with the U.S. Centers for Disease Control and Prevention’s division of unintentional injury prevention.

By 2015, opioids — including heroin and prescription painkillers like OxyContin (oxycodone), Vicodin (hydrocodone) and codeine — had shaved 2.5 months off Americans’ life expectancy, Dowell’s team found. And whites were the hardest hit.

Earlier this month, another government study highlighted the toll that heroin alone has taken. Between 2002 and 2016, deaths from the drug soared by 533 percent nationwide — from just under 2,100 deaths to more than 13,200.

So the fact that opioids are now dragging down U.S. life expectancy is no surprise, said Dr. Adam Bisaga, a professor of psychiatry at Columbia University Medical Center in New York City.

“These findings put what we already know into a different perspective,” said Bisaga, who was not involved in the new study.

“There is an urgency to this problem,” Bisaga added. “The tragedy is, we have medication to treat opioid addiction. But death rates keep going up.”

Several drugs — methadone, buprenorphine and naltrexone — can be used to treat opioid addiction. They act on the same brain targets as opioids do and help suppress withdrawal symptoms and cravings.

The medications are effective, Bisaga said, but only a “small portion” of U.S. doctors prescribe them.

Lack of training is probably a big factor. Many primary care doctors may feel they lack the expertise to treat opioid addiction, or worry about the safety of the medications used to treat it, Bisaga suggested.

Some patients do fare better if they receive behavioral counseling along with medication, he added.

But counseling is not a must, Bisaga cautioned, so doctors should not refrain from prescribing medication because they can’t offer behavioral therapy.

Primary care providers have to be involved in treating opioid addiction, according to Bisaga. There are only about 5,000 addiction specialists in the United States.

By comparison, more than 2 million Americans were abusing prescription opioids or heroin in 2015, according to the U.S. National Institute on Drug Abuse (NIDA).

The current findings are based on government vital statistics for the years 2000 to 2015. For most of that period, Americans’ average life expectancy rose, as deaths from major killers like heart disease and cancer fell.

On the other hand, deaths from Alzheimer’s disease, accidents, suicides and chronic liver disease rose. And by the final year of the study, Americans’ average life expectancy began to dip again.

That, Dowell said, is the first decrease since 1993 — the height of the AIDS epidemic.

“[U.S.] life expectancy is now lower than in most high-income countries,” Dowell said.

Opioids are not the sole reason. But it’s clear that preventing those overdose deaths will be an important part of turning the life-expectancy trend around, she added.

“We need to prevent more people from becoming addicted to opioids in the first place,” Dowell said. Wiser prescribing practices are a “critical” part of that, she explained.

Such changes have already begun. Various medical organizations have come out with new guidelines on opioid painkiller prescribing, aiming to limit inappropriate use.

And, deaths from prescription opioids have leveled off in recent years, according to NIDA.

It’s heroin and illegally made synthetic opioids that are the “big problem” now, Bisaga said. Synthetic opioids include the drug fentanyl and its cousins, and they are extremely potent, Bisaga noted.

Because the street drugs are easy to get and relatively cheap, some people addicted to prescription painkillers switch over. NIDA says about 80 percent of Americans who abuse heroin started with prescription opioids.