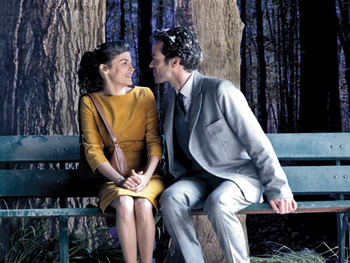 The 2014 Marfa Film Festival in Texas celebrated the Fourth of July with a boldly contrarian, non-American programming choice for its pre-fireworks evening feature, the unconventional French-Belgian production “Mood Indigo” by maverick French filmmaker Michel Gondry (“The Science of Sleep”). Gondry has made English-language films based in the United States such as “The Green Hornet,” but “Mood Indigo” is undoubtedly French. Being a Gondry film, it is somewhat reminiscent of his imaginative American indie sensation, “Eternal Sunshine of the Spotless Mind,” made a decade ago.

In “Mood Indigo,” Gondry makes an emphatic return to his surrealist roots, building an engrossing world based on an elaborate, interconnected architecture. “Mood Indigo” is undoubtedly a visual feast worth partaking, with charming animation reminiscent of the now-simple special effects invented by the master tricksters of early cinema, such as French illusionist Georges Méliès. The dreamy charms of “Mood Indigo” turned out to be a fitting match for the Marfa Film Festival, which took place in the quirky small town of Marfa, set against a sweeping, stark West Texas landscape.

Co-writers Gondry and Luc Bossi adapted their intricate, witty screenplay from French author Boris Vian’s 1947 novel, a cult hit. The story starts out seemingly very sweet, almost saccharine, but it demonstrates its depth and range by shifting into a bittersweet melancholy at the end. The talented ensemble cast’s vibrant performances bring the plot’s complex schematics to life.

In an otherworldly Paris, Colin (Duris), an independently wealthy bachelor, lives with Nicolas (Sy), a friendly live-in companion-chef-attorney. Colin passes his time tinkering with his pianocktail, a piano that creates cocktails, and philosophizing with his best pal Chick (Elmaleh). Now that Chick has found a new American girlfriend, however, Colin becomes aware of his loneliness. They attend a party, where Colin is set up with Chloé (Tautou) and recovers from an awkward first encounter. Boy meets girl, they make cute and get married. The honeymoon does not last long though before trouble is brewing — in the form of an unusual illness that causes a flower to grow in Chloé’s lungs, prompting Colin to search for a cure.

Sitting in the more conventional art houses of D.C. and New York, an audience member’s satisfaction may depend on his or her tolerance for Gondry’s distinctive, peculiar cinematic style. For this writer, the film’s many precise moving parts were mesmerizing, but they did not quite add up to be greater than their sum. I was left with a lingering sensation that something was missing to tie the finished product together. In fairness to Gondry, that feeling of incompleteness could be attributed to the 36 minutes slashed in the American release from its 130-minute running time in France. 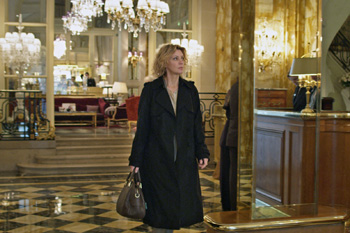 Italian director and co-writer Maria Sole Tognazzi’s “A Five Star Life” shines as a fascinating portrait of Irene, a chic, beautiful middle-age professional who initially appears to live a grand life as an international jetsetter crisscrossing the globe and staying in five-star hotels. Soon enough, however, the polished surface begins to reveal itself as a facade.

Veteran Italian actress Margherita Buy (“Caterina in the Big City”) delivers a stirring, naturalistic performance that subtly portrays the conflicting and developing emotions of an aging career woman who finally realizes that her fierce independence does not provide all the freedom she thinks it does. Buy’s character moves through nearly all of the movie’s scenes, filling the screen with an assured presence that gradually becomes undone.

The screenplay rests on a meandering storyline that mirrors real life, which is messy and full of loose ends that are not always tied up neatly. It turns out Irene is an incognito inspector sent on business to secretly rate the world’s finest hotels, pretending to be an affluent guest for several days. However, as her sister Silvia (Fabrizia Sacchi) points out, even though all of Irene’s expenses are paid, she only receives a normal worker’s salary. As she is nearly always on the road, she is essentially pretending to be someone else nearly all of her existence.

Silvia also worries that Irene is “no spring chicken” without a family. In turn, Irene does not see Silvia’s rocky relationship with her own husband and two daughters as an ideal to strive toward. Irene’s only friend Andrea (Stefano Accorsi) turns out to be her ex-boyfriend — himself now involved with another woman who wants to have a baby, causing him anxiety to which he turns to Irene for comfort.

While staying at a high-end hotel, Irene meets and is attracted to Kate Sherman (Lesley Manville in a scene-stealing turn), a charismatic British anthropologist who explains her theory that their surrounding luxury environment is actually too pristine to be real life and is therefore artifice. This encounter and a subsequent shock lead Irene to have a revelation and reexamine her life.

Tognazzi’s steady, distant direction feels like cinéma vérité, developing an underlying sense of verisimilitude that makes us believe in Irene and the people in her life. Ironically, the ultra-ritzy settings of actual five-star hotels do in fact seem almost too perfect to be real. We feel like we are looking at idealized sets not unlike those crafted by Hollywood’s finest production designers — a sensation that complements what is happening in the movie. 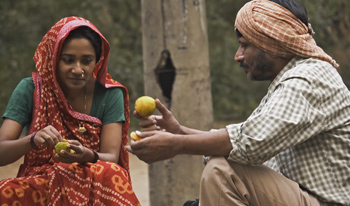 Indian-Canadian writer-director Richie Mehta’s third feature, multiple festival award-winner “Siddharth,” provides an interesting change of pace for Mehta, whose recently released English-language feature “I’ll Follow You Down” boasted Hollywood stars such as Gillian Anderson, Haley Joel Osment and Rufus Sewell. A Canadian-financed, Hindi-language production filmed on location on the grimy streets of India with vivid cinematography, “Siddharth” gets down and dirty exploring the trials and tribulations of lower-class Indians.

“Siddharth” also proves to be a gripping saga about a father’s epic search for his missing son, which Mehta based significantly on the true story of a real-life man’s quest-in-progress to find his own boy. Despite its harrowing subject matter, “Siddharth” avoids becoming overly melodramatic, restraining a temptation common to both Hollywood and Bollywood moviemaking. Mehta also gets credit for not resorting to pat, neat plot conclusions that would be gratuitously crowd-pleasing, instead sticking to the complicated realities of life.

On the chaotic streets of New Delhi, chain-wallah Mahendra (in a tour-de-force performance by Rajesh Tailang) repairs zippers, struggling to muster a living wage. Needing more income to support his family, he puts his 12-year-old son Siddharth (child actor Irfan Khan) on the bus to Punjab, an adjacent state about 200 miles away, to work for a distant relative at a temporary factory gig for a month.

After Siddharth fails to return home for the Diwali holiday, the Hindu festival of lights, Mahendra and his wife Suman (finely played by Tannishtha Chatterjee) eventually reckon Siddharth has been kidnapped by human traffickers. Mahendra does not get any real assistance from the police, in part because he cannot even provide a picture of Siddharth or recall the boy’s exact age. Scrambling to borrow money, Mahendra makes his way to Punjab and Mumbai in a desperate search to recover his boy.

The 19th annual “Made in Hong Kong Film Festival” (through Sun., Aug. 17) concludes its showcase of Cantonese-language films from Hong Kong. The program “Meet the Star: Once Upon a Time in Shanghai” (Sun., Aug. 10, 2 p.m.) follows the screening with a video Q&A with action star Philip Ng.

The series “From Vault to Screen: Canyon Cinema 16 mm” (through Aug. 31) concludes offerings of American experimental cinema from the Canyon Cinema Foundation’s archives.