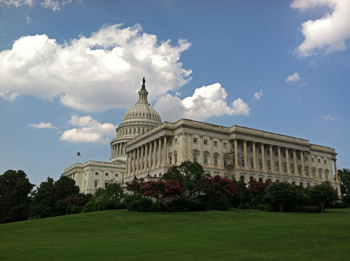 Just two weeks of legislating remain this year as Republicans prepare to take control of the presidency and both chambers of Congress. What national business will be accomplished during the lame-duck session? Preventing a government shutdown, imposing sanctions on companies that make deals with Iran and approving $9 billion worth of drugs and medical services for biomedical research are at the top of the short list to finish off the 114th Congress.

Political gridlock has hampered passage of 11 of the last 12 annual spending bills, forcing a series of stopgap measures to keep the government running. The government is currently funded by a continuing resolution that expires Dec. 9, and Republican leaders are eyeing another short-term extension through March 31 to avoid a final budget clash with President Obama.

At the top of the agenda for the lame-duck Congress will be passing a continuing resolution to keep the government funded after the current CR expires Dec. 9.

Initially, some Republicans wanted to pass a massive omnibus bill to lock down spending for a full fiscal year before Hillary Clinton became president. Now that Donald Trump has won, however, they’ll likely punt the debate over $1 trillion in spending proposals into early next year so they can work with the new president to push through GOP budget priorities — among them, ramping up defense spending and cutting domestic programs.

“I think it’s safe to say that most folks did not expect the election to turn out the way it did, especially on the Hill, so people are playing a bit of catchup to account for the new balance of power that will be coming in January,” Molly Reynolds, a fellow in governance studies at the Brookings Institution, told The Washington Diplomat. “Funding the government until March will allow Congress to revisit spending provisions with a Republican president in the White House, so they would have a big chunk of the fiscal year, presumably, funded at lower levels of spending. President Trump would sign that, while President Obama would’ve vetoed it.”

The Defense Department’s must-pass $602 billion Defense Authorization Bill made it through the Senate earlier this year, but the House is currently at an impasse over a provision that Democrats say would allow federal contractors to discriminate against employees for their gender or sexual identity. Obama hasn’t indicated whether he would veto the bill, and as the Associated Press pointed out in a Nov. 14 article, “Now that Trump has been elected, Republicans could beat a temporary retreat, knowing the issue could be revisited next year.”

Also on the spending docket: $220 million to help Flint, Mich., and other cities poisoned by lead-contaminated water systems. In September, Democrats went along with the continuing resolution because Republicans pledged to revisit the issue of Flint in a separate water-projects bill. Now, Democrats will be pressuring Republicans to keep those promises.

House Speaker Paul Ryan (R-Wis.) also said he wants Congress to vote on the bipartisan 21st Century Cures Act, which would provide $9 billion toward biomedical research and streamline federal approval of drugs and medical devices, as well as the Helping Families in Mental Health Crisis Act, which would provide grants for law enforcement training and increase the number of hospital beds for psychiatric patients.

Ryan was unanimously nominated for a second term as House speaker in mid-November and is expected to win the position despite some grumbling by tea party conservatives (House leadership on both sides of the aisle also remained unchanged). Ryan, who received a visit from President-elect Donald Trump shortly after the real estate mogul’s surprise victory, asked House colleagues in an email to “hit the ground running as we join forces with the new Trump administration.”

Off the lame-duck agenda: President Obama’s nomination of Judge Merrick Garland to the Supreme Court.

“We still have an open seat, and I expect one of the first things we can expect in January is a new pick for that seat,” Reynolds said.

The sweeping Trans-Pacific Partnership (TPP) trade pact that had been a cornerstone of Obama’s Asia pivot will also be abandoned.

Asia may be sidelined in the lame-duck session, but Iran will be front and center. Congress is likely to renew an expiring bill that would impose economic sanctions on companies that do business with Iran. Hardest hit by the Iran Sanctions Act would be Boeing’s recent $25 billion deal to build airliners for Iran’s national airline.

But overall, a Republican-controlled government will mean a light lame-duck session, according to Steven Billet, director of the Master’s in Legislative Affairs program at the George Washington University Graduate School of Political Management.

“Beyond the Defense Authorization and the continuing resolution, advocates on the right are urging that Congress defer all other action to ‘honor the will of the people’ — leaving any consequential decisions to the new Congress,” Billet said. “As Republican leadership embraces the giddy prospect of one-party rule, the party’s congressional leadership appreciates that their position creates enormous expectations. They have to get this right because there’s nobody to blame after Jan. 20, and President-elect Trump’s positions are either uncertain or at variance with the orthodoxy of congressional leadership.”

Congress is in session until Dec. 16.

James Cullum is a contributing writer for The Washington Diplomat.