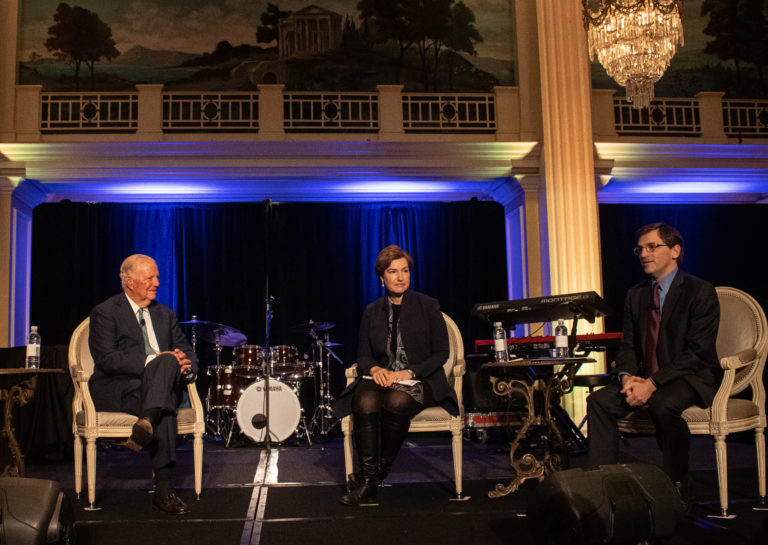 Every 10 years, a different city in the Netherlands hosts the Floriade. From April through October, the city of Almere will welcome representatives from 33 countries who will present their horticultural innovations, reimagining the future of urban living.

This year’s theme is “Growing Green Cities,” and the exposition will showcase how horticulture can make urban areas greener, healthier, more livable, and more sustainable.

The Dutch Embassy hosted receptions and organized seminars at the residence that focused on the exposition’s theme and on how horticulture can make cities flourish and become healthy. 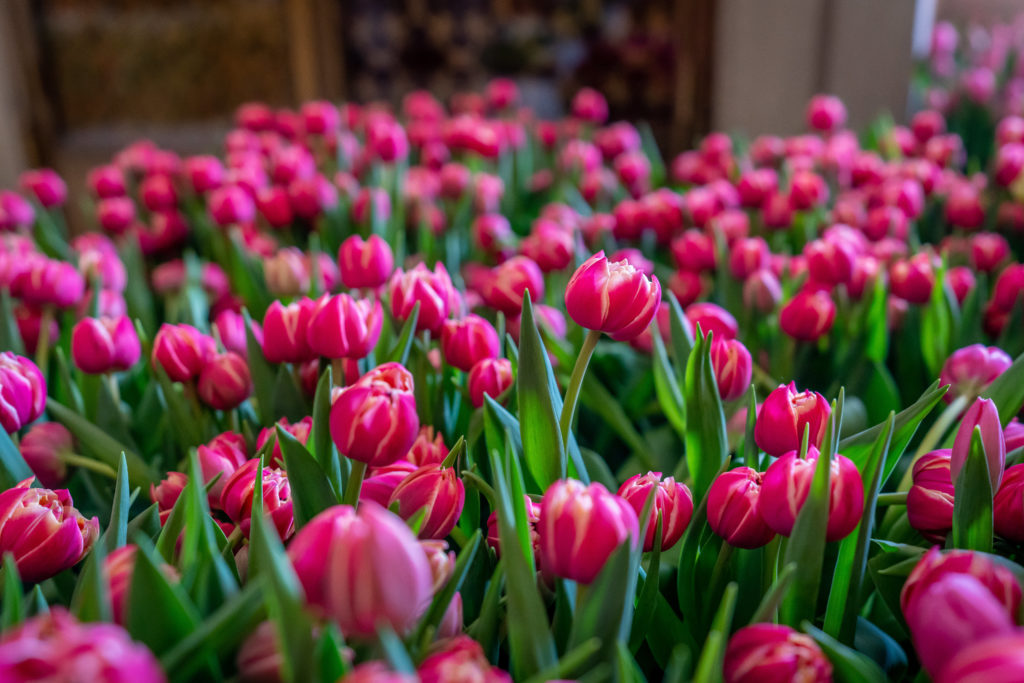 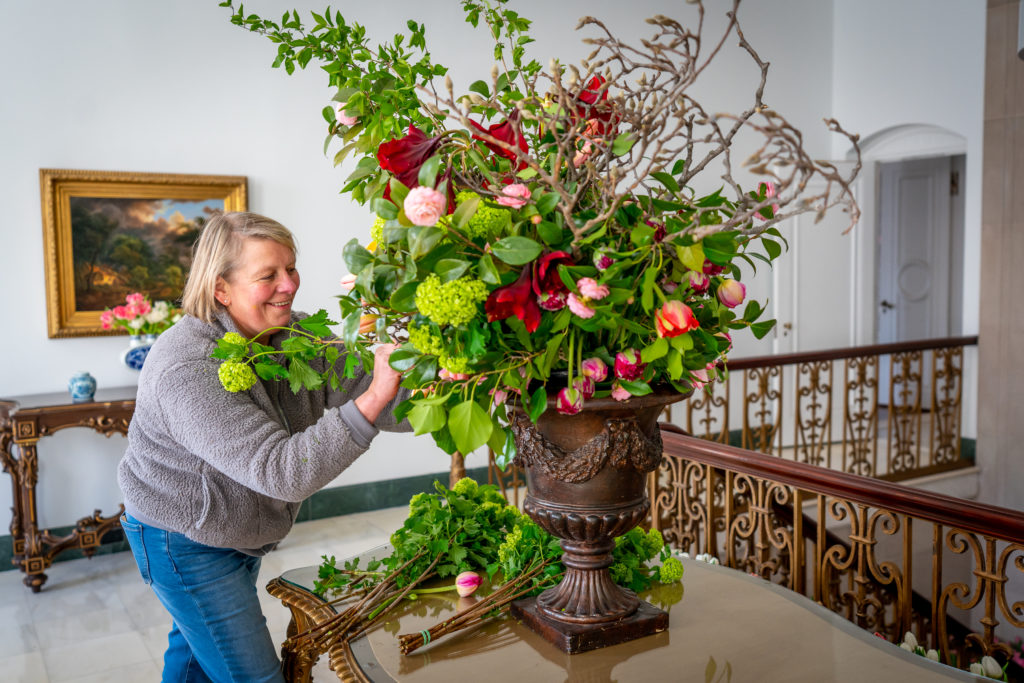 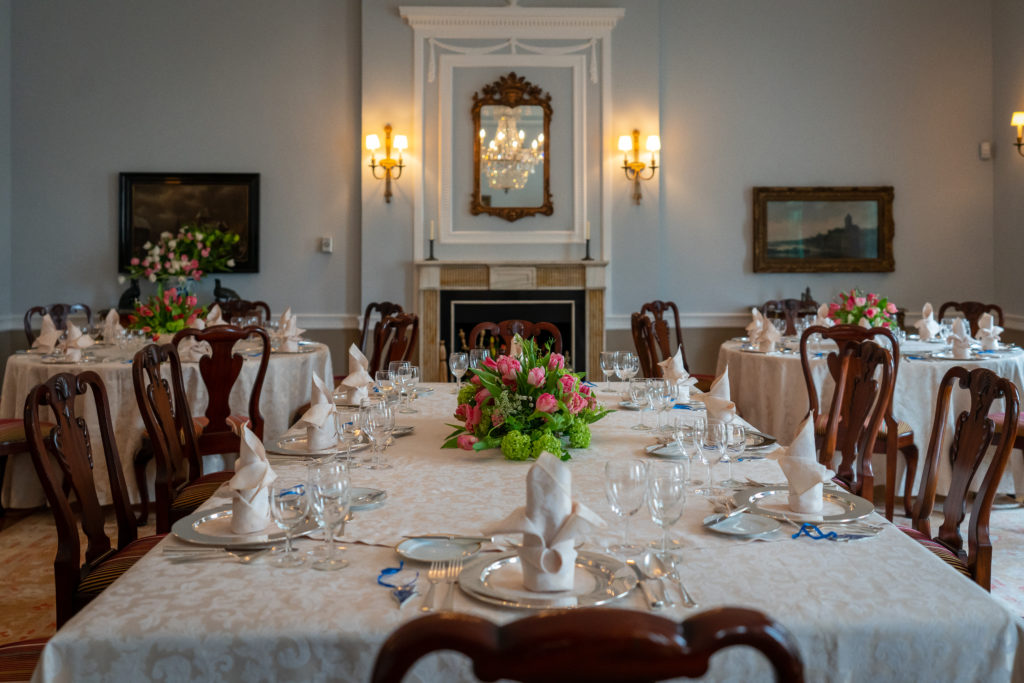 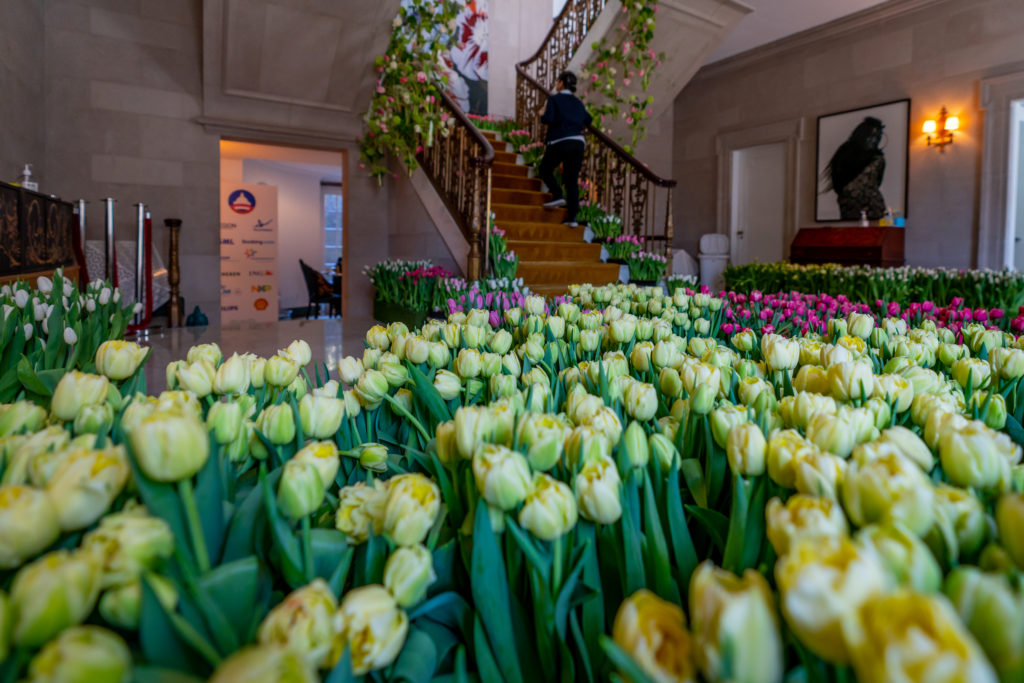 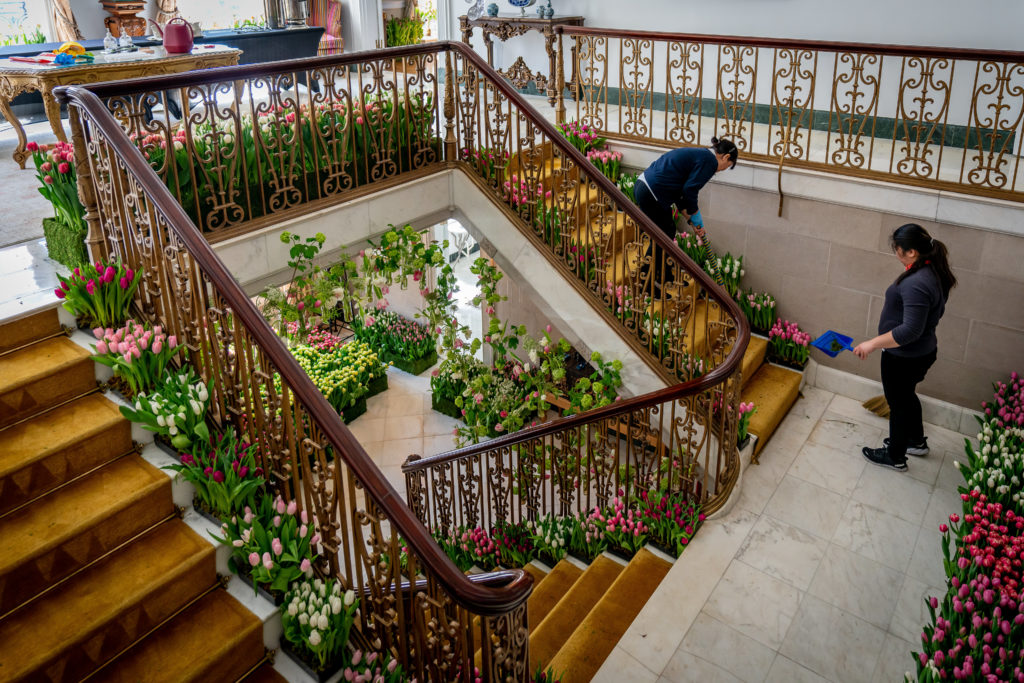 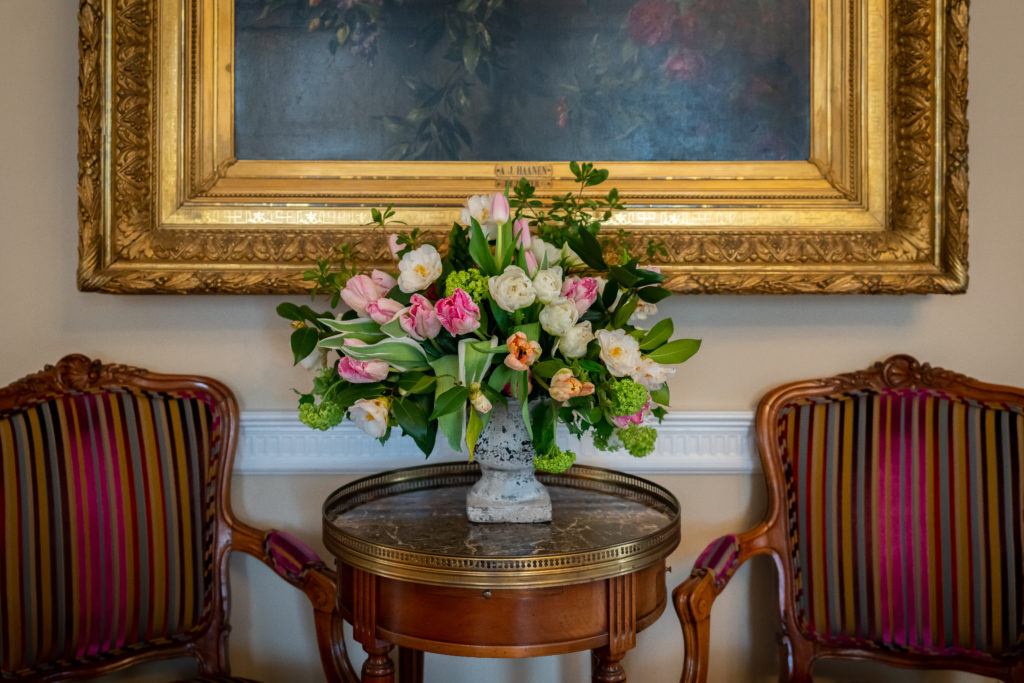 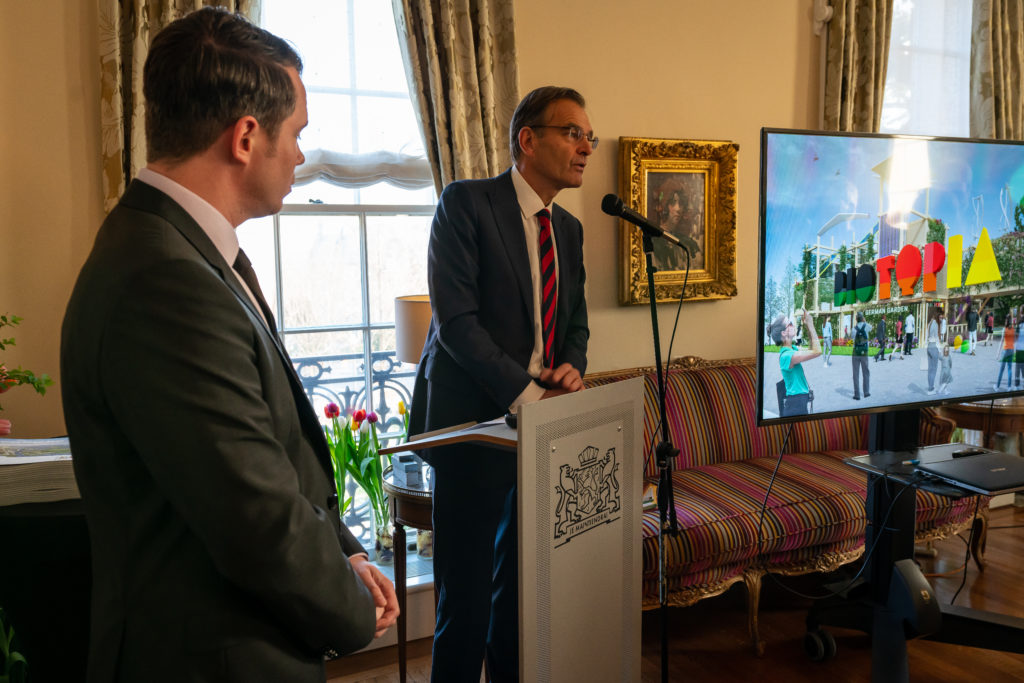 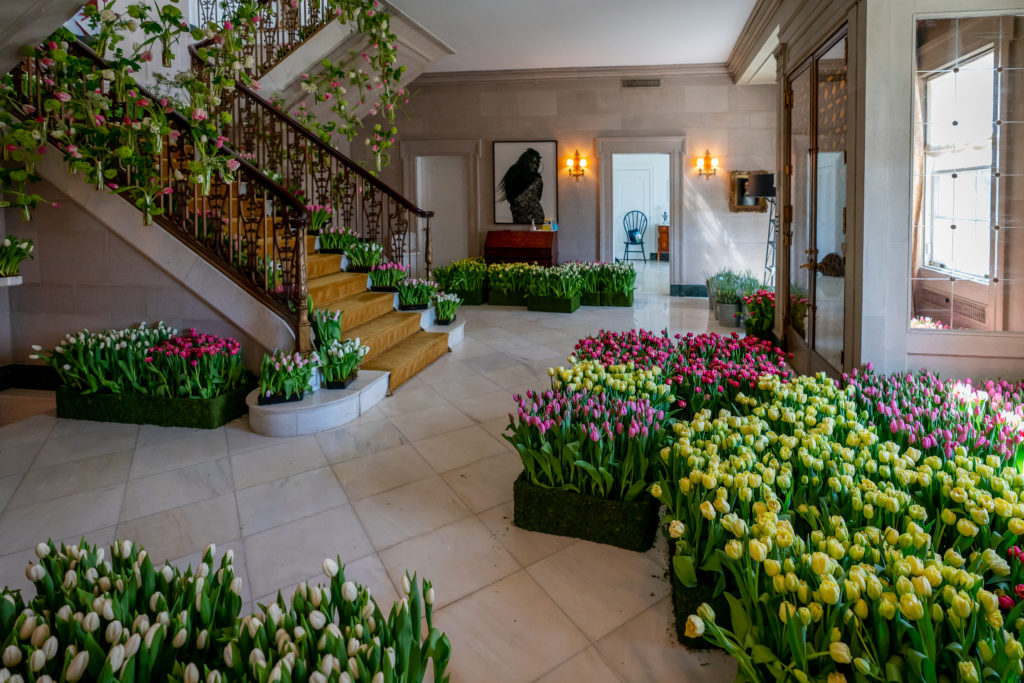 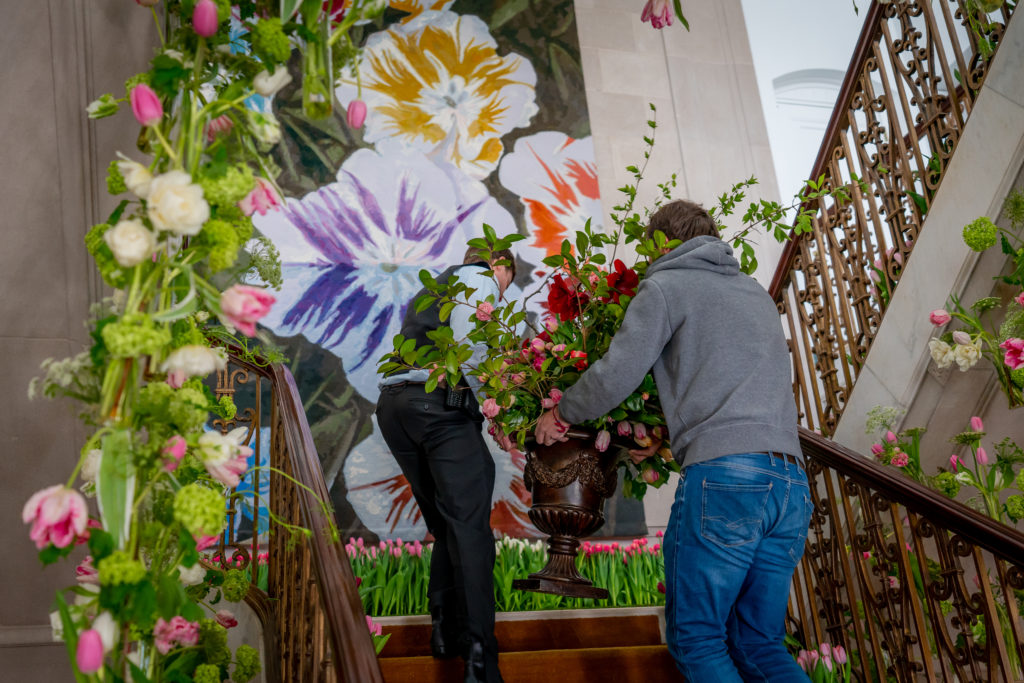 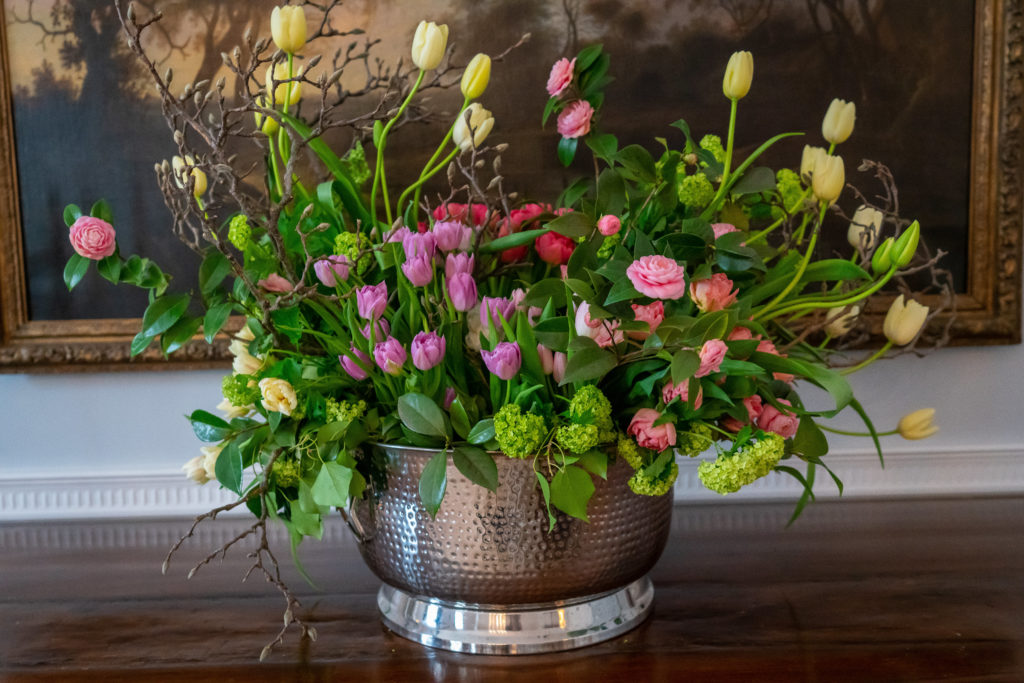 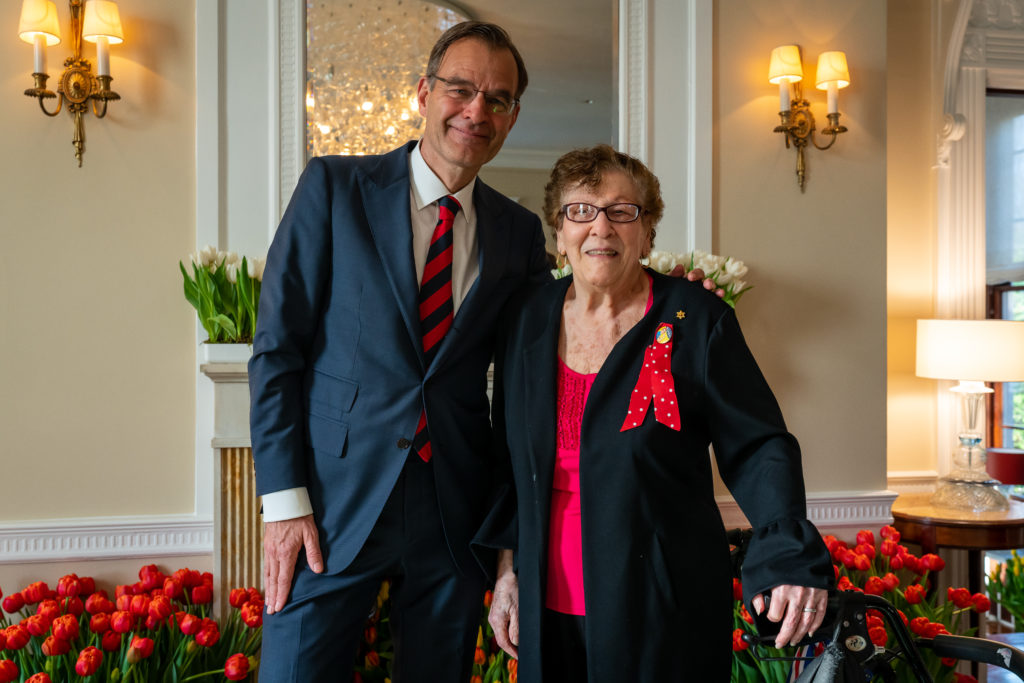 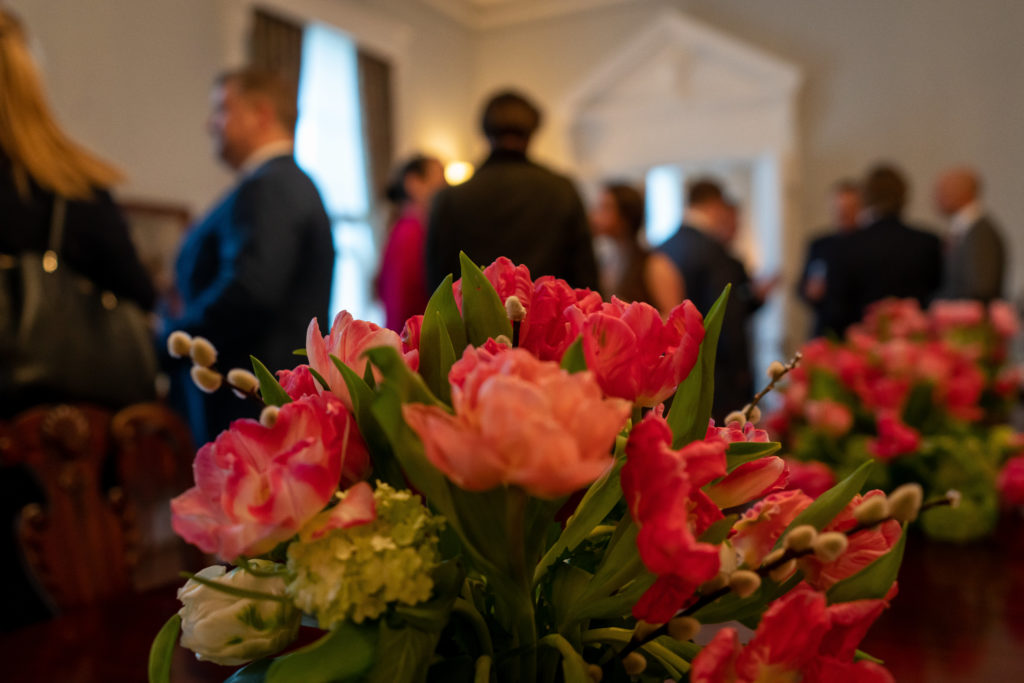 “I think the work that [IFE] is doing, creating that pathway for underrepresented communities to have a career in technology is such a gift, and it’s something that, professionally and personally, I really hold dear,” said Intevity CEO Ben Elmore. The event not only recognized Kemper’s tireless efforts in making technology education equal for all, but also celebrated IFE’s new partnership with Intevity.

Kemper founded IFE in 1991 to connect technology and innovation education to the global community. In recent years, it has become best known for forging a collaboration between the public and private sectors in the D.C. metro area.

She coached the Georgetown women’s tennis team from 1978 to 1990, before becoming a private coach and focusing on her nonprofit. These connections undoubtedly led her to her most unique role: coaching Washington’s lawmakers, diplomats, celebrities and more, including Supreme Court Justice Stephen Breyer, who came to support her at the March 23 event.

“She brings people together for a reason and the reason is to spread her knowledge and ability,” said Breyer.

Breyer was joined by Stavros Lambrinidis, chief of the European Union’s mission in Washington; Singapore Ambassador Ashok Kumar Mirpuri; Aneesh Chopra, former US  chief technology officer, and many others who gave toasts in Kemper’s honor. 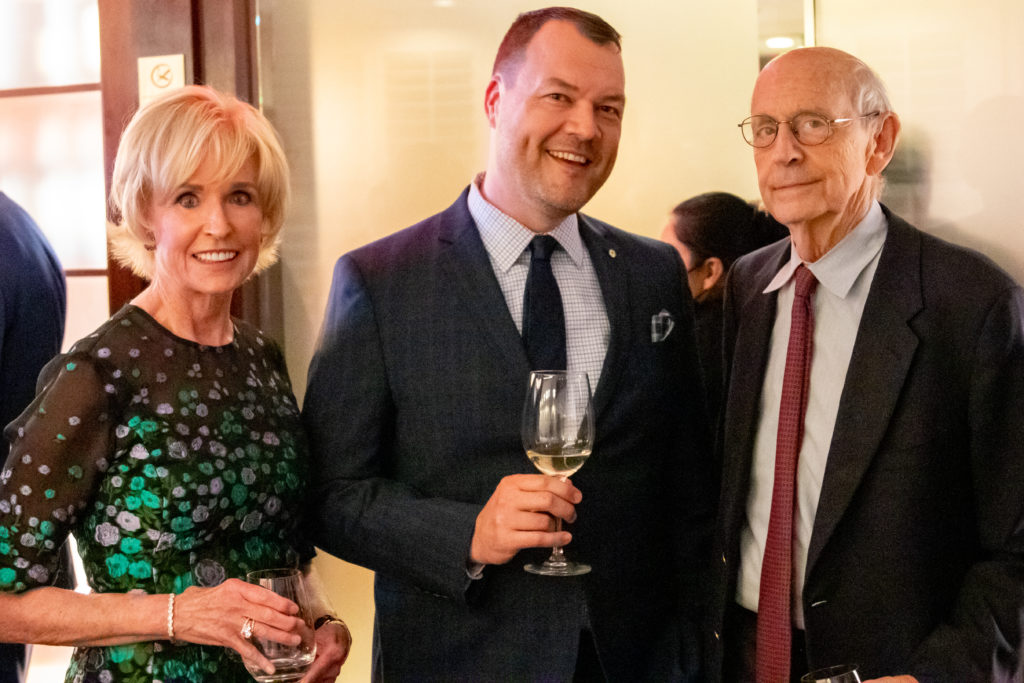 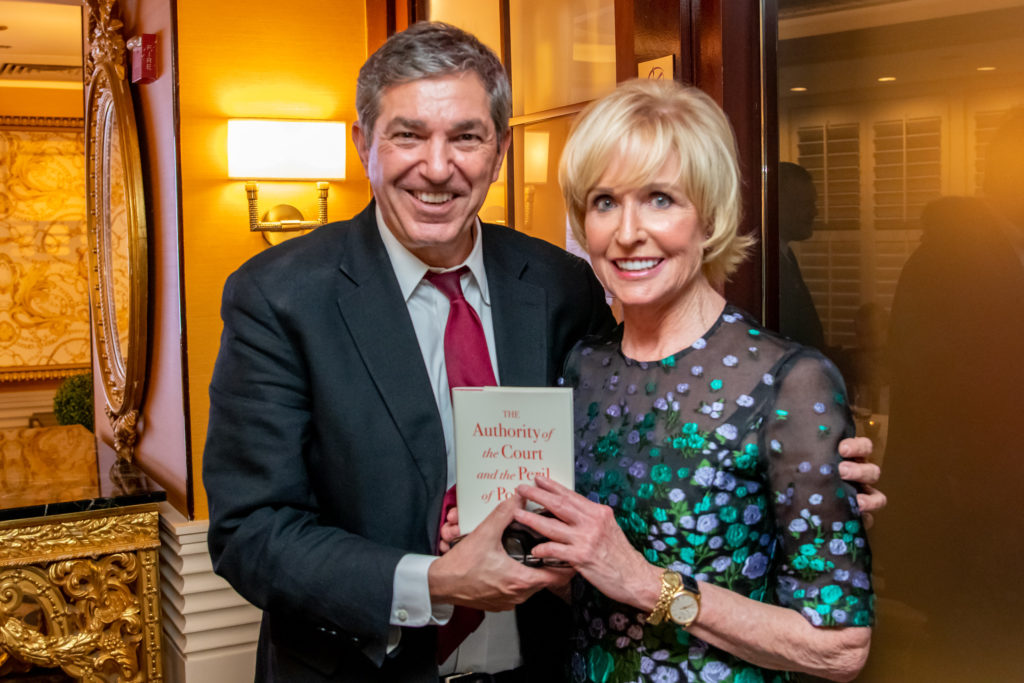 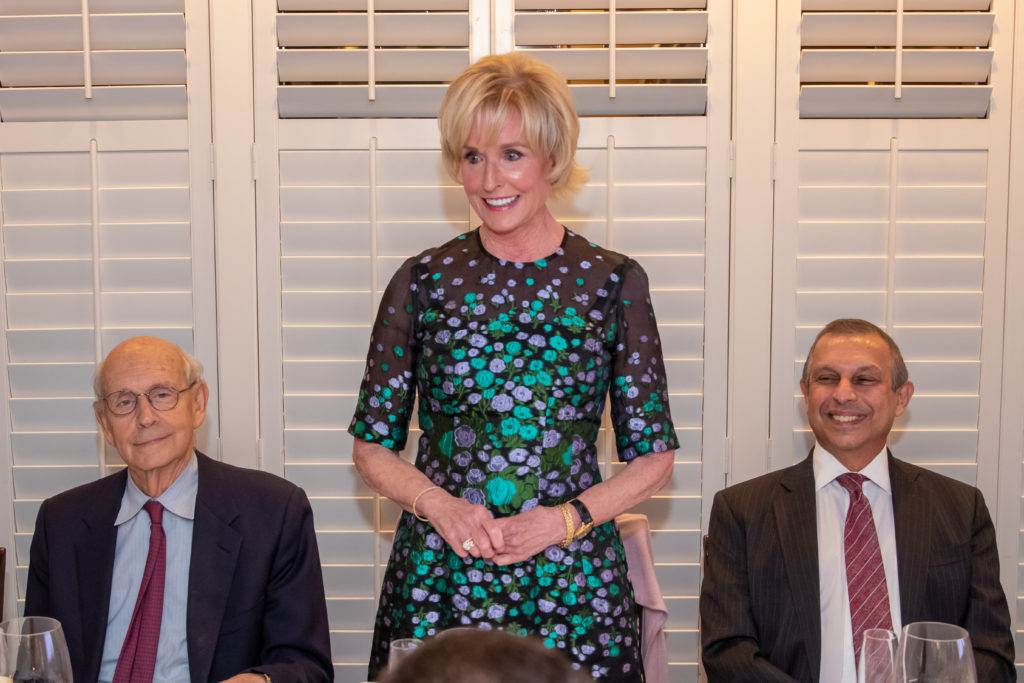 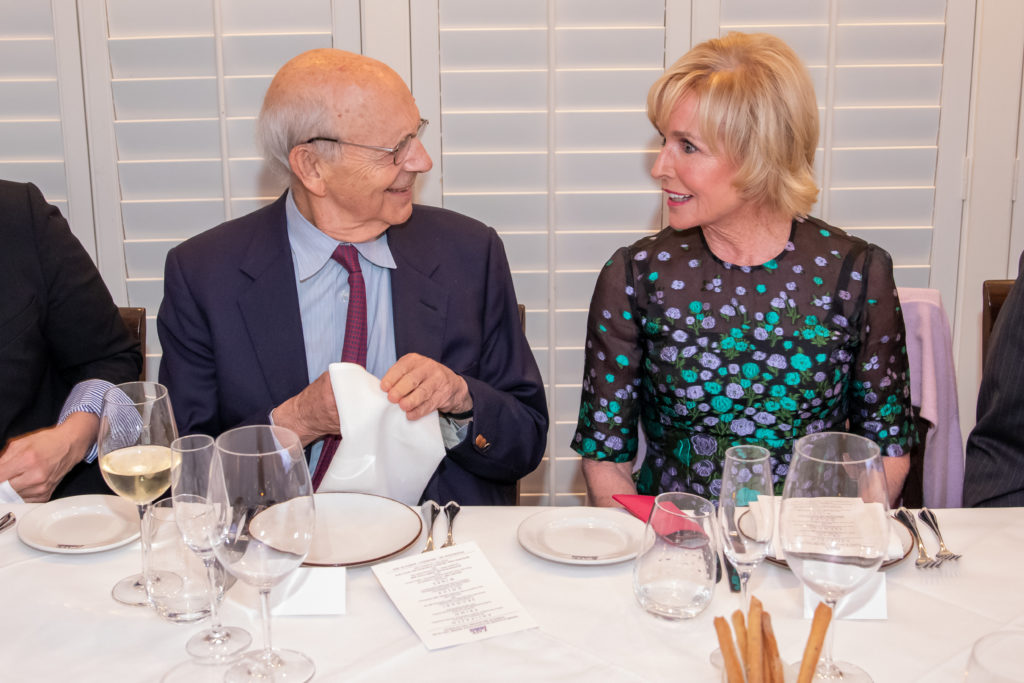 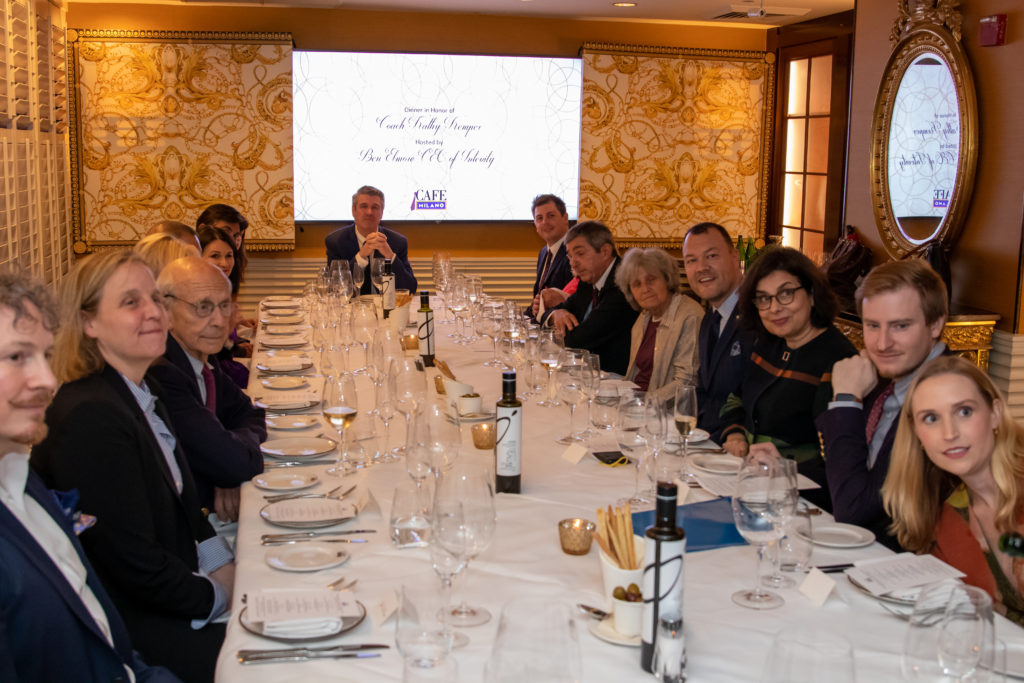 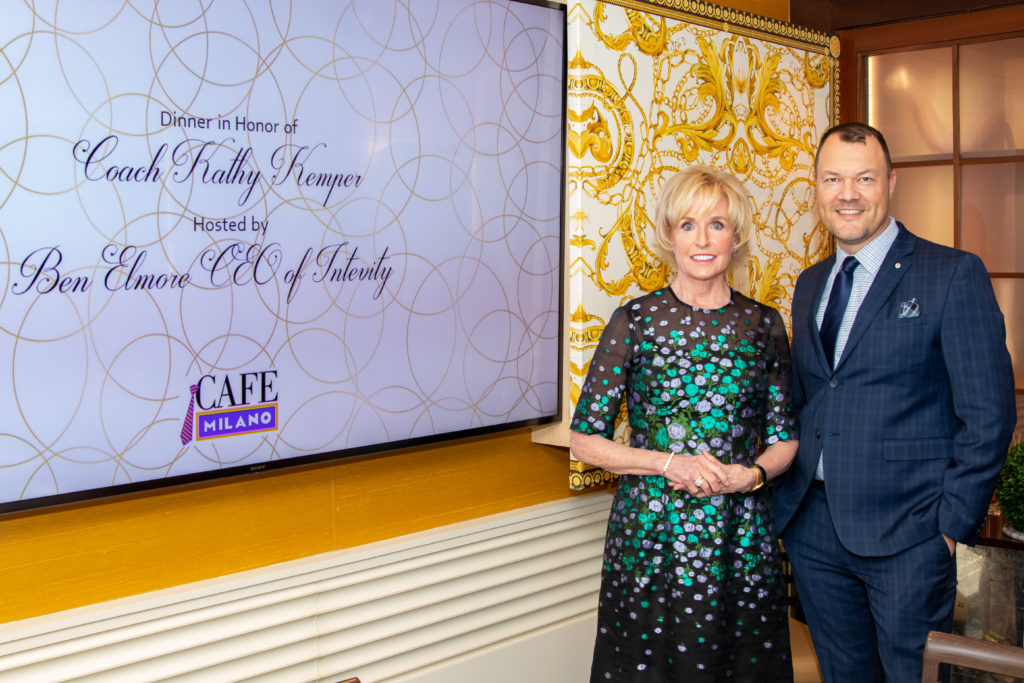 On April 4, the National Museum of American Diplomacy unveiled a bust of former Secretary of State James A. Baker III and welcomed it into its permanent collection.

“Every visitor to the future museum and visitor to the State Department who comes through this door entrance will pass this beautiful work of art that commemorates the historic contributions of Secretary Baker,” said Susan Cleary, acting director for the National Museum of American Diplomacy.

Secretary of State Anthony Blinken joined the ceremony to pay tribute to his famous predecessor. “It is simply an honor to have an opportunity, Mr. Secretary, to hail you in this moment,” said Blinken. “How you got things done is something I try to learn from every day, and diplomats will continue to study for generations.”

Baker, 91, delivered a speech at the end of the ceremony about the importance of diplomacy in foreign and security policy.

“I’ve been told that there are 18 large museums dedicated to our armed forces and wars that we have fought, and perhaps as many as 400 smaller ones,” said Baker, who was secretary of state from January 1989 to August 1992. “And now I am very, very proud to be associated with this one that recognizes the importance and the success of diplomacy.”


Johan Falkman, a renowned Swedish painter and sculptor, created the work, which was commissioned by philanthropists Dan and Christine Olafsson, who donated it to the museum’s collection.

“There is a certain American approach to things. And I think Secretary Baker is a symbol of that, and so is this portrait. And also the space in which it is. I am very honored to have been taken into consideration for this,” Falkman said.

The unveiling ceremony was followed by an event at the Willard Inter-Continental Hotel the next day. Baker talked with New York Times correspondent Peter Baker and New Yorker columnist Susan Glasser about his time as secretary of state as well as current events.

Baker directed five presidential campaigns, served as White House Chief of Staff to two presidents, and was also the 67th US secretary of the treasury. 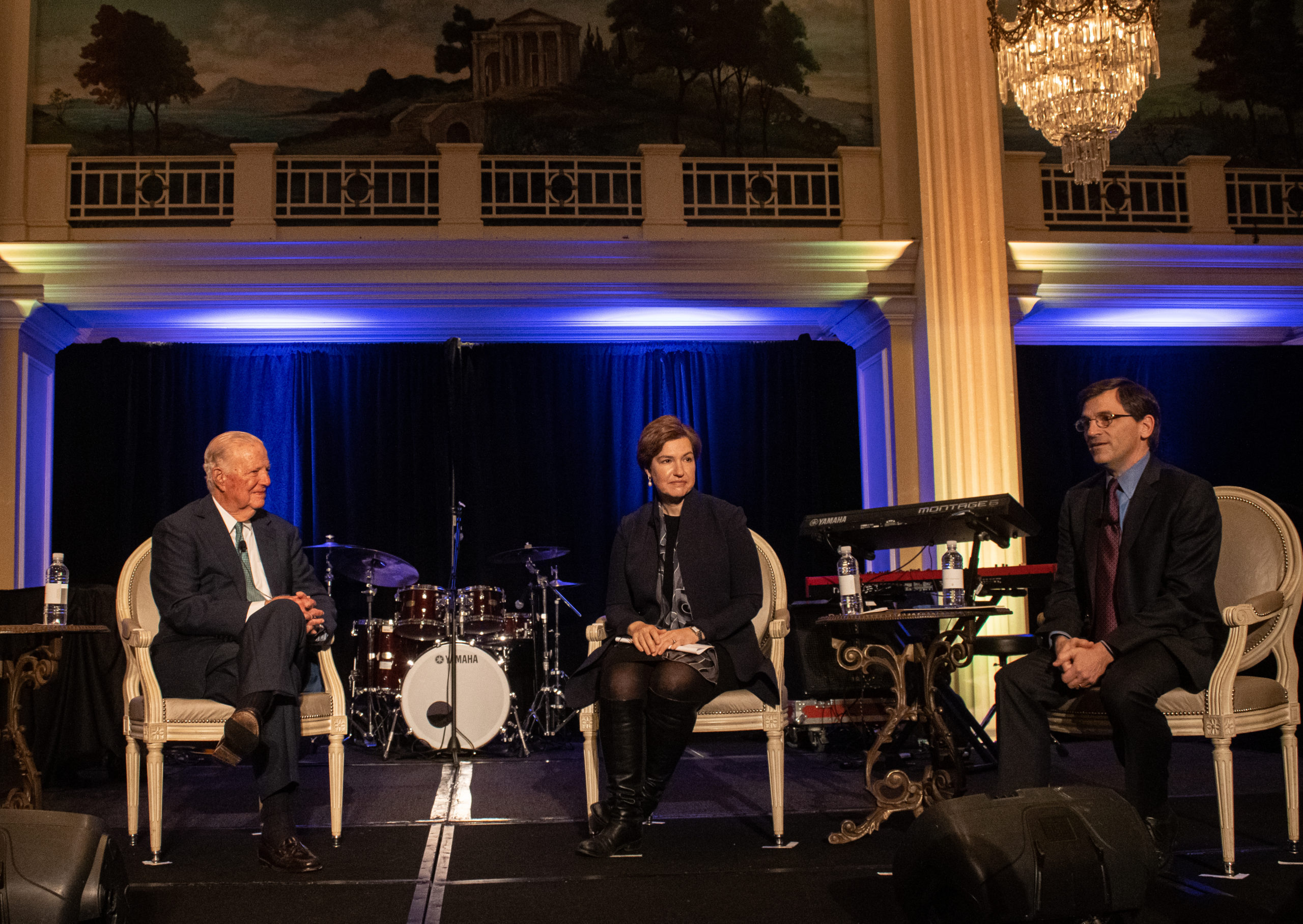