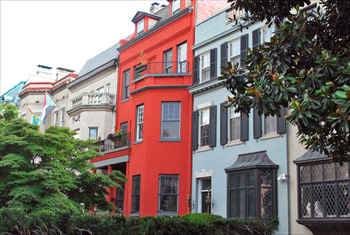 When the Embassy of Kazakhstan wanted to buy a new residence for the ambassador, the buyers decided on a three-story $5.5 million neoclassical home in Northwest, near Embassy Row and the vice president’s mansion. The large entertaining space fit their wish list, but the process of finding it took close to five years and lots of close work with a local realtor.

Working with a real estate agent is crucial for diplomatic property deals, said Connie Carter, a top realtor at Washington Fine Properties and the one who worked with former Ambassador Erlan Idrissov to find the new residence at 2910 Edgevale Terrace, NW. (Idrissov is now Kazakhstan’s foreign minister, and Kairat Umarov has been the country’s ambassador to the United States since January of this year.) Carter said there are three main issues for any country shopping for property.

The first is the timing of the ambassador versus the state of the property, including how long it will take for the deal to go through and whether the home will need remodeling or renovations, she said.

“There’s the country that’s purchasing it and then there’s the personal needs of the ambassador overseeing the purchase and those sometimes are in conflict,” Carter told The Diplomat. “A current ambassador is usually not willing to be the one who has to oversee the work, and so that gets in the way.”

Second is the nature of the marketplace compared with what a country can handle financially, and third are the details, such as cultural or local and contractual issues, that an agent must explain. For example, realtors can help embassies check that zoning laws allow for another diplomatic property in a given area, they can explain to buyers that owners of diplomatic residences don’t have to pay D.C. property taxes, and they can point them toward coordinating with the U.S. State Department on things such as parking needs, Carter said.

“That is basically coaching your country to work with the State Department,” she said. “It means that the real estate agent has to make sure that you the buyer is on top of that aspect of your purchase.”

Diplomatic property purchases also differ from other home buys in terms of time. One reason is the number of people involved in the purchase.

“It’s a business decision with many qualitative decision-makers who have different interests,” Carter said. “It has to feel like the house matches the needs of the country and also the taste of the ambassador.” 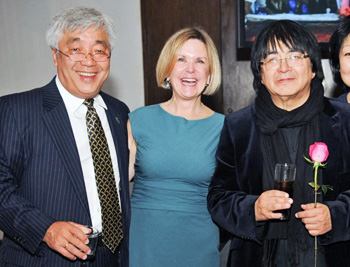 Once they come to an agreement, there’s the potential for another delay.

“Oftentimes with a diplomatic purchase there’s the ‘third-party approval process’ and that would mean probably people from the treasury department or the foreign service office of that particular country having to come over and approve that this is a purchase that can be made,” said Carter, who has been privy to deals involving Austria, Belgium, France, Iraq and Spain.

She began working with Kazakhstan in 2008 and showed more than 25 properties ranging in price from $4 million to $12 million before they closed on their current location in January.

That sometimes frustrates sellers because they have to wait until a representative can get here, she added. “In a buyer’s market, that was easier to manage, but now that we’re in little bit more of a more competitive market, it gets more challenging.”

Carter, who has 13 years of experience in the D.C. market and lived in Tokyo and Melbourne, got the job helping Idrissov through a friend. Having hosted events at the Kazakh Embassy on 16th Street, NW, the diplomats decided to add another option for entertaining. They gave Carter some guidelines — such as sizes for living and dining rooms — and she showed them everything that might fit the bill.

“They chose that house [on Edgevale] because it was the right amount of entertaining space and personal living space that they imagined any ambassador would need coming from their country,” she said. “The house represented them well both in tone and substance. It wasn’t over the top, but it was certainly gracious enough to welcome their guests. Typically that is what a country is after: What is the right balance of what they need in terms of the work they’re doing in this country?”

On that note, when looking for a new residence, most diplomats have the same requirements, Carter said.

“They are looking for gracious room sizes in the living room and the dining room, and typically a library or den,” she said. “Many countries care about outdoor space, but they may or may not want a lot of gardening work. They’re looking for privacy, they’re looking for proximity to their office, and some are more concerned about security than others.” 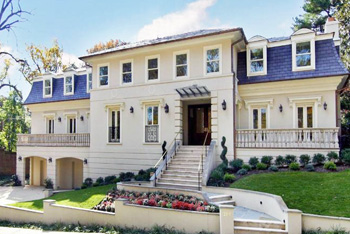 The Embassy of Kazakhstan bought the three-story neoclassical property at 2910 Edgevale Terrace, NW, for $5.5 million to use as a new ambassador’s residence.

Larger countries might want to be able to also house staff, and parking is a common problem in D.C.’s congested streets. The Kazakh Embassy, for example, had to make sure the State Department put up diplomatic parking signs on Edgevale Terrace.

“I think this is a particularly attractive time for countries to consider their residences and take advantage of the fact that on a world scale, Washington is, while they might think it’s expensive, it’s far cheaper than London or Paris,” Carter said. “If it’s one of the most important postings in the world for that country, there’s a tremendous opportunity right now to buy some really choice property.”

Because of the importance and duration of the deal, it helps, she added, if the realtor and ambassador get along.

“It’s really important to have an agent who works really well culturally and has a level of trust and respect with their country,” Carter said. “I feel so honored to have worked with Ambassador Idrissov and have had the kind of working relationship I had with him. I really do think we got a great result. I felt so proud for them. They bought a very pretty house.”