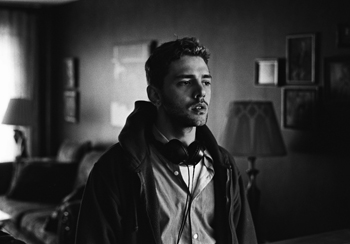 At the tender age of 25, French-Canadian filmmaking prodigy Xavier Dolan, also an actor, has already made five feature films, four of which premiered at the Cannes Film Festival. The other one debuted at the Venice International Film Festival — not too shabby, either. His most recent film, “Mommy,” shared the Jury Prize at Cannes in 2014 with “Goodbye to Language,” 84-year-old French New Wave pioneer Jean-Luc Godard’s 39th feature.

Dolan wrote, directed and produced “Mommy,” which vividly depicts the struggles of working-class, single mother Die (Anne Dorval) to raise her rebellious teenage son Steve (Antoine Olivier Pilon) after he is expelled from a juvenile detention center for arson. At home, his severe ADHD causes misbehavior that seems completely uncontrollable until he comes under the soothing influence of their strange neighbor Kyla (Suzanne Clément), a teacher on medical leave.

In Times Square, Dolan spoke at a roundtable with The Washington Diplomat about “Mommy,” currently in theatrical release. He commented on his dazzling film’s kinetic style: “‘Mommy’ was about the hysterical rhythms of these people’s lives, so the film had to mirror that. It’s literally just addressing what the film itself and the script are calling for, which is a fast-paced edit and constant motion.”

The director also explained how he works with his actors. “I have a shot list…. I know that I want a certain shot and that I want a certain dolly, that I want this and that,” he said. “But, of course, I’ll always adapt myself to what the actors do. If they bring something that needs me to adjust the direction we are taking or the shot list, everything’s changeable. I’m not being psycho-rigid about what my needs are because the story is character-driven, and it’s always about the actors.”

Dolan, who has already won various accolades for his work, responded to a question about how winning awards affected his confidence. “I was never insecure. I’m passionate about what I do. I love working with actors. I love acting and writing these stories. Some reviews have hurt me, but they’ve always been educational, at the least,” he said.

The young filmmaker also reflected on his prolific career. “It’s been five [films] in five years, but not consecutively…. I just followed my need for films and sets and being in that adrenaline-driven journey of shooting a film. It feels like in between movies, I’m sort of waiting for something to happen. When I’m not working or creating, I’m standing by and just running in circles.”

In his latest film, “The Captive,” which Egoyan co-wrote with David Fraser, a young girl, Cassandra, mysteriously vanishes from the back of a vehicle parked at a restaurant while her father Matthew (Canadian actor Ryan Reynolds) dashes in to grab a pie. The investigating police partners (Canadian actor Scott Speedman and American actress Rosario Dawson) are suspicious of Matthew’s story. Eight years later, signs appear that Cassandra may be alive. 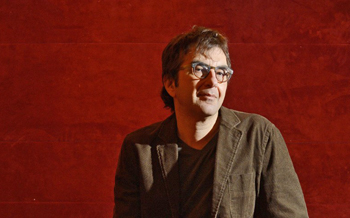 At the Crosby Street Hotel in SoHo, Manhattan, The Washington Diplomat conducted a fascinating interview with Egoyan about “The Captive” and his filmmaking style.

He reflected on his convoluted, non-linear narrative, which includes flashbacks of Cassandra’s disappearance juxtaposed with the present-day ongoing investigation: “To me, there’s a clarity based on the fact that it’s been eight years. We are always seeing it around Cassandra’s birthday. There’s always a meeting between the detective and the mother. Part of the pleasure of that is this idea that there is an investigation in the film.

“The detectives are trying to put together pieces of the puzzle, trying to assemble it and form a narrative. The viewers are also aware that they are given these pieces. They have to determine what their relative value is as narrative information, in terms of how it’s shot, how it’s presented, what those images mean. That seems to me a very natural way to tell the story,” Egoyan explained.

“These narratives which I’m writing, directing and producing, are the result of a tremendous amount of consideration and planning. Not just in terms of the schedule, which any filmmaker does, but just the logic that governs these people’s behavior, especially when you’re dealing with this intersection of something of a realistic world with a world that seems more heightened, where people are transformed into a level of metaphor and myth,” he added.

The director, who is also a prolific writer, producer and editor, described his production process. “In this film, it was pretty determined. I think where changes or other ideas are explored is during the editing. It is a structure. As you’re editing, you’re aware that there are certain things that need to be clarified,” he said. “As I’m editing, I’m just aware of the emotional place the viewer is as opposed to the intellectual one. There are viewers that may understand what that plan means that Cassandra’s giving the father, and others that don’t.

“I know what my skills are as a director,” he continued. “I know what I’m doing on the set with my actors. I have a sensibility which is clear in terms of the material that I choose and the tone that I set to it. When I’m working with my own material, I have more sense that I’m creating material that I will use to then go into the editing room with and recalibrate, reform and reposition. I give myself a lot more luxury with that.

“When I’m doing a film for hire, a lot of people are watching the dailies and coming back with feedback and input. I have to react to that. I have to have these conversations explaining what I’m doing. When it’s my own material, I don’t have to explain anything except to myself.”

“The Captive” is available through video on demand via cable, satellite, Amazon Instant Video, iTunes and Google Play.