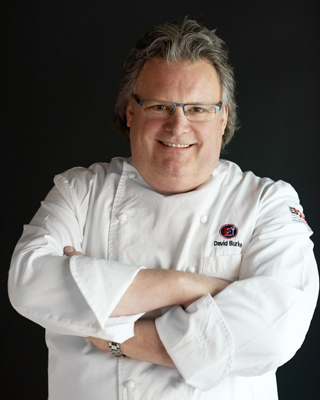 David Burke, who has appeared on “Top Chef Masters” and “Iron Chef America,” was selected as the new executive chef of BLT Prime, which is slated to open this fall in the Trump International Hotel at the Old Post Office Pavilion.

The summer dining season usually means lots of new menus, new events and new faces in the kitchens of Washington-area restaurants, and this year is no different.

On the new faces front, perhaps the most talked-about addition will be David Burke, who was recently announced as the new executive chef of BLT Prime, which is slated to open this fall in the Trump International Hotel at the Old Post Office Pavilion.

Burke, who has appeared on “Top Chef Masters” and “Iron Chef America,” replaces restaurateur and fellow celebrity chef José Andrés, who dropped out of the project to protest Donald Trump’s incendiary remarks about immigrants and building a wall with Mexico.

Trump’s fiery rhetoric prompted yet another noted chef, Geoffrey Zakarian, to back out of an eatery in the Republican presidential frontrunner’s hotel venture. Trump promptly sued both chefs; litigation continues.

BLT Prime is a contemporary steakhouse offering high-end meats such as a wagyu ribeye and 28-day dry-aged prime-grade porterhouse steak. While Burke’s debut will up the celebrity wow factor in the D.C. dining scene, he’s not the only chef whose pedigree is elevating the quality of area restaurants. 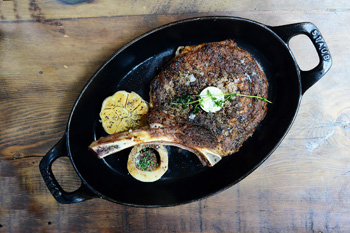 BLT Prime is a contemporary steakhouse offering high-end meats such as a wagyu ribeye and 28-day dry-aged prime-grade porterhouse steak.

A native Washingtonian, Smith graduated from L’Academie de Cuisine in Gaithersburg, Md., and kicked off his culinary career as chef de cuisine at Raku near Dupont Circle. He also cooked locally at Addie’s and Café Atlantico. Smith became chef de cuisine at Cuba Libre’s flagship location in Philadelphia in 2003.

Cuba Libre opened in Washington six years ago and has thrived in the midst of D.C.’s hyper-competitive downtown dining scene. The restaurant’s name, which translates to “free Cuba,” has proven somewhat prescient as President Barack Obama and Cuban President Raúl Castro recently re-opened diplomatic relations between their two nations, providing hope that more freedom and progress will grace the long-repressed Cuban people in the future.

Anyone who insists that you need to spend a lot of money and time to get a good meal in D.C. hasn’t dined from one of the dozens of food trucks that now roam the city.

Hungry tourists and locals alike are lining up for inspired fare ranging from ethnic cuisine such as banh mi, tacos and Ethiopian tibs, to more localized fare including chicken and waffles. Perhaps the best place to sample from several of these roving kitchens on wheels is Truckeroo, a monthly food cart bonanza at 1201 Half St., SE, adjacent to Nationals Park. 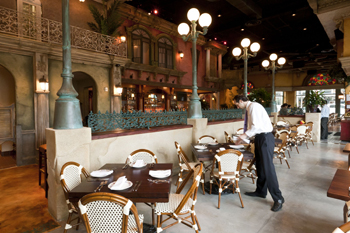 The family- and pet-friendly event features live music, games and more. Seating is first come, first served at any benches or picnic tables you can find available. While the lines for food can get long once the event is in full swing, we’ve found that arriving on the early or late side of lunch or dinner makes the experience go more smoothly. While the food is certainly affordable, if you’re planning on having some beers, you might want to hit the ATM before you arrive. A cold brew will set you back a ballpark-priced $9.

This year’s Truckeroos are scheduled for June 17, July 8, Aug. 19 and Sept. 16 and each will run from 11 a.m. to 11 p.m. Follow Truckeroo on Twitter or Facebook for updates and news about the event.

Sunday Supper, one of Washington’s most prestigious (and more importantly, delicious) dining events, is June 5 at Union Market in Northeast D.C.

Some of Washington’s most celebrated culinary stars will headline an evening of food and music to benefit the James Beard Foundation and the Executive Education Program for Women in Culinary Leadership.

Beginning at 4:30 p.m., guests will gather outside Dock 5 for a reception of savory bites from top women chefs and restaurateurs, including Ruth Gresser of Pizzeria Paradiso, Jamie Leeds of Hank’s Oyster Bar and Christianne Ricchi of i Ricchi. 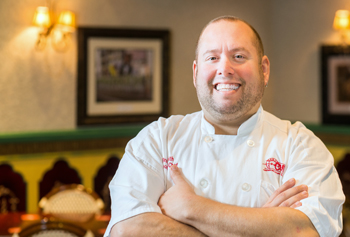 Cocktails are followed by a sit-down family-style meal crafted by a lineup of stellar chefs — among them, Karen Akunowicz of Myers & Chang in Boston, Amy Brandwein of Centrolina, Jennifer Carroll of Requin and Marjorie Meek-Bradley of Ripple and Roofers Union.

Throughout the evening guests will sip on a selection of cocktails, wines and beers, including Tears of Llorona and t1 tequilas from master distiller German González, with a cocktail crafted by Gina Chersevani of Buffalo & Bergen. The best drinks from the region will be offered from Caboose Brewing Co., Cotton & Reed, Early Mountain Vineyards and select Virginia wines.

A live soundtrack for this lively evening of food and drink will be provided Marc Silver & The Stonethrowers; Cottonwood Line & Marc Anderson; and Virginia’s own bluegrass sensation Jackass Flats.

The event is a major fundraising effort for Women in the Culinary Industry, a collaboration of the James Beard Foundation and EDENS — the developer of Union Market — to support women entrepreneurs in the food and beverage industry. Currently, only 6 percent of culinary leadership positions in America are held by women.

“Having women in executive leadership roles and women in equity positions is not just a social good, it’s good for business,” explains Jodie W. McLean, CEO of EDENS.

Tickets for Sunday Supper are $250 per person. To learn more, visit www.unionmarketdc.com/sunday-supper. 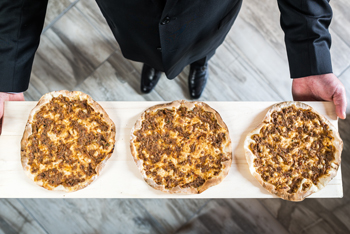 Turkish-born restaurateur Hakan Ilhan opened the new Ottoman Taverna at 425 I St., NW, in May. Istanbul native Ilhan Erkek, who served as head chef at the Ritz-Carlton hotel in his home city before arriving in D.C., is the restaurant’s executive chef.

The beautiful, airy space is Ilhan’s third venture in the Mount Vernon Triangle neighborhood, including the Italian-inspired Alba Osteria and the French bistro L’Hommage. Ottoman Taverna’s sophisticated menu pays tribute to the legendary Ottoman Empire that ruled a large swath of Eurasia for hundreds of years and absorbed other ideas and practices to create one of the world’s great cultures.

The menu features a mix of traditional mezes and kebabs, as well as larger entrée items. A Mediterranean-focused wine list offers 20 choices by the glass.

Sakerum, a new sushi bar, Asian-Latin restaurant and cocktail lounge, recently opened at the intersection of 14th and U Streets, NW. Owner Stephanos Andreou’s vision for the two-story, 3,300-square-foot resto-lounge is based on the Japanese concept of the izakaya, a warm, welcoming gastropub, tinged with the flair of a Latin lounge.

The first floor will house Sakerum’s colorful sushi bar, led by chef Khan Gayabazar, formerly of Fujimar and Maté. The second floor boasts a retractable glass rooftop and will accommodate up to 90 guests. Sakerum’s menu of sushi and Latin-inspired Asian dishes will offer an exciting blend of flavors and cultures based on innovative recipes.

Gina Chersevani, of Union Market’s Buffalo & Bergen, is responsible for Sakerum’s beverage program, which will include fresh sugar cane on-site for cocktails and drink flights.